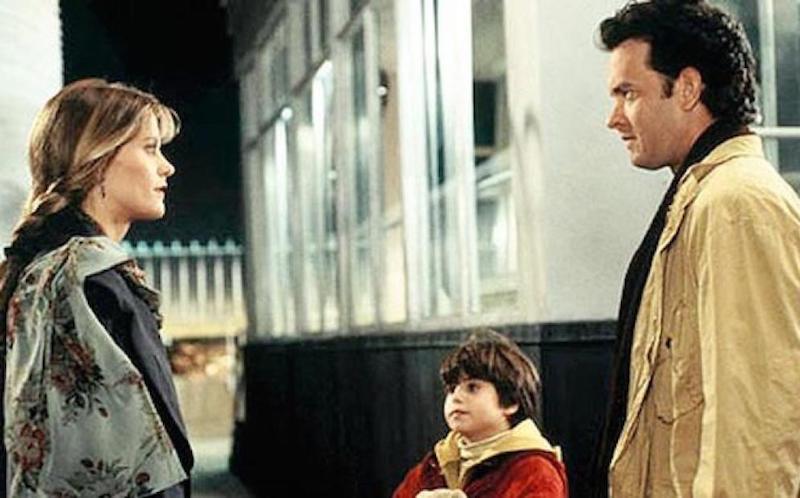 What is there to say about a picture hailed as “the date movie of the summer” that leaves you cold and running for the exit when all those around you are laughing their heads off? That you're having an off night? That your date is less than ideal? That you are right and the world is wrong? That the world is right and you're a mess? Vacillating between these conclusions, I haven't yet been able to pick the right one. It'll probably take another viewing before I am certain of what I'm feeling but, in the meantime, here's a little bit of what I'm thinking. Sleepless in Seattle is hopelessly romantic. Its bedrock is the belief that there's always an “other” out there for each of us. Our only task is to find that person and fulfill our destiny. Once that person is found, he or she will fit so perfectly that all emotional struggle will cease and, of course, we will live happily ever after. Let's just say that I believe that romantic love is borne of many things but that “destiny” is not one of them. At another level, Sleepless in Seattle purports to be a commentary on the classic depiction of love in the movies and, in this sense, it plays it both ways. While celebrating the lushly romantic, it also tweaks the tradition so that Sleepless in Seattle ends up something akin to a feature-length Taster's Choice commercial. Unexpectedly, Hanks and Ryan don't come together until the film's closing moments. Thus, the entire movie serves as a set-up for their final consummation with destiny. Structurally, that allows the movie to avoid any of the really tough dilemmas of love in the Nineties: like which one of them is going to forgo their career already established in one city and move cross-country to join the other; or like why Hanks has been chosen to hear destiny's call twice in a lifetime, once with his now-dead wife and again with Ryan (the degree to which Ryan resembles his dead wife is a whole other can of worms). Sleepless in Seattle is also saddled with a music track that, every step of the way, uses popular songs to mold our reactions to each scene. Hanks wonderfully underplays his sad sack role. Ryan, however, is an idiosyncratic taste. The kid (Malinger) is cutely precocious as the script requires, Pullman is conventionally cast in the thankless Ralph Bellamy role (the shunted suitor) and O'Donnell is flat in the best friend role that has her delivering one-liners instead of conversations. O'Donnell's unrealized characterization is indicative of the problems at the heart of Ephron's Sleepless in Seattle. Both weepily romantic and caustically cynical, O'Donnell is a bundle of mixed messages – which, granted, has something to do with love in the Nineties but is woefully bereft of any insight or discrimination between those conflicting messages. 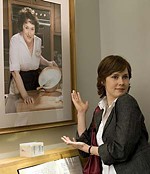 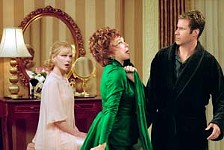