Emma & Elvis is the first work of fiction by noted documentary filmmaker Julia Reichert (Seeing Red, Union Maids, Growing Up Female). In the transition, Reichert has lost none of her radical fervor or inquisitional spirit. The story pits Sixties-style activism against Nineties-style nihilism as an unlikely romance develops between a filmmaker in her forties and a video artist in his twenties. For the last three years Alice (Walker) has been working on a documentary about the Sixties in which commentators like Greil Marcus, Angela Davis, Tom Hayden and Holly Near voice their opinions about the decade's legacy and relevance. Throughout the film their testimonies provide a kind of contrapuntal Greek chorus to the fiction's events, Alice is having a great deal of trouble assembling her movie and finishing the project and, thus, spends a great deal of time locked away in her upstairs editing room at home. There she can also avoid the distances growing between her husband (Blum) and herself. On the street one day she encounters a group staging a video event and meets the twentysomething Eddie (Duchin) who introduces himself as Elvis Costello, to which she answers as Emma Goldman. In Eddie, Alice thinks she has found the solution to her creative quagmire, so she pursues him to the local access TV station where he works to lend his contemporary antipathy to her movie. Concurrently, Alice also becomes intrigued by what she sees of access TV, particularly a riling show by an AIDS activist who strips off his shirt to show his lesions and sores. When that show is axed by sanctimonious censorship forces, Alice instigates the rebellion that saves the day for freedom of speech. Despite the overall recognizability of these characters and situations, their fictional believability is undermined by an excessively schematic feel. More than characters, they become constructs lacking emotional resonance. Shot in Dayton, Emma & Elvis is representative of the recent trend toward regional feature filmmaking, a trend that Austin also appears to be riding. In support of that regionalism, the soundtrack for Emma & Elvis features a ton of Ohio music including a couple of tunes from Austin's former Ohioans, Loose Diamonds. Also of local interest is the access TV struggle. As one of the country's premier centers for access production and programming, Emma & Elvis's “use it or lose it” message is especially compelling for Austin. Emma & Elvis places Reichert in a new national position as a filmmaker of contemporary fiction. With more experience in the craft of telling stories, Reichert may eventually emerge as a formidable link between the past and the future. 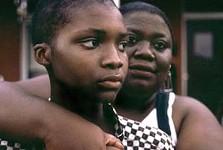 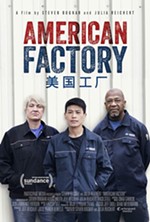