The Opposite Sex (And How to Live With Them)

Let's face it folks. The quest to find Mr. or Ms. Right in the heterosexual dating game is more often than not about as enjoyable as a lengthy root canal. The same can be said for this wasted cinematic effort, which attempts to piece itself together as some sort of quirky Nineties version of Annie Hall in its exploration of the mating ritual, but instead comes off as a flat, decidedly unfunny sitcom-meets-cheap TV movie-of-the-week-meets-stand-up comedy rejects from Comedy Central. Presented as a string of little episodic vignettes that chronicles the anatomy of a romantic relationship, the narrative begins – predictably enough – in a bar where -- predictably enough – Gross spies a pair of irresistible legs through a street-level periscope which belong to Cox. The next thing you know, Cox calls Gross, “a male chauvinist pig,” it's love at first sight for him, and whammo – she decides that he is cute and attractive, even if all he seems to be interested in is her body (perhaps a perplexing case of stupidity known as “no really means yes?”), So, their paths keep predictably crossing, she keeps playing hard to get – it must really mean love. But wait. These crazy kids have absolutely nothing in common. She's so Yuppie, so WASPy that she's never heard of a matzo ball, and all of her friends have names like Chipper and Muffy (which leaves the viewer a bit confused since the divinely trashy, blue-collar blood Brown is presented as Cox's roommate and closest girlfriend). He runs with a sophomoric gang of buddies whose main source of enjoyment is playing Twister naked at the beach, and sitting around, drinking beer, and sizing-up women when the opportunity arises. Irritatingly often, the characters individually address the viewer to ponder the dynamics of this relationship, and when they run out of uninteresting observations, they turn to precocious little kids who just happen to be in a scene, and who manage to spout insightful therapy babble that would do Dr. Ruth proud. This mess of a film isn't remotely entertaining. It only perpetuates generic social myths in the place of presenting fresh, insightful social satire. In short, it's more hellish than a blind date. 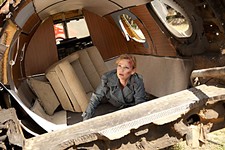 Atlas Shrugged: Part II
Atlas isn't the only one to shrug off this tiresome load of Ayn Rand – but with poor production values. 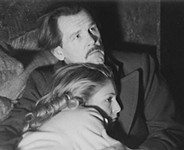 The Opposite Sex (And How to Live With Them), Matthew Meshekoff, Arye Gross, Courteney Cox, Kevin Pollack, Julie Brown