Point of No Return

Unlike another recent European remake which shall remain nameless (The Vanishing), John Badham's American take on Luc Besson's 1991 La Femme Nikita not only manages to maintain the stylistic and thematic intensity of the original, it also paves over a few of the more inexplicable plot holes of its precursor. Bridget Fonda takes up Anne Paurillaud's role as a murderous junkie recruited by the Government and given the option of death for her crimes or rebirth as a deep-cover assassin. Fonda may not be as alluring as Paurillaud, but there's no question she does the role justice, from her initial appearance as the wasted, filthy, and thoroughly sociopathic misfit to her transformation into a refined woman of the world (9mm included, see instructions on box). Gabriel Byrne is likewise excellent as the enigmatic “Bob,” her mentor in the ways of the shadow government. A volatile mixture of steely efficiency and compassion-lite, Byrne seems to be an actor who can do no wrong these days -- his role of Bob is more fully fleshed out than the original, without revealing too much of the character's mysterious nature. Really, the only actor here who seems out of place is Dermot Mulroney. As Fonda's love interest and the catalyst for her eventual betrayal of her employers, Mulroney sleepwalks through the part, looking as out of place as the gargantuan sidearms Fonda repeatedly uses throughout the film. Their “love” never really clicks the way it should, and seems more like the kind of hurried, weekend fling you might expect from tongue-tied teenagers. Badham, however, keeps the whole thing up and running expertly -- it's interesting to note, also, that this Americanized version contains far more big-bang explosions and an elevated body-count than the French source material. Big deal. In a story as well done as this, a few extra bullet-hits only add to the delightful mayhem. 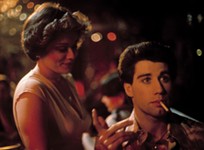 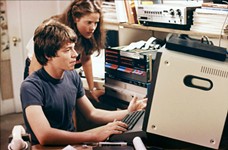