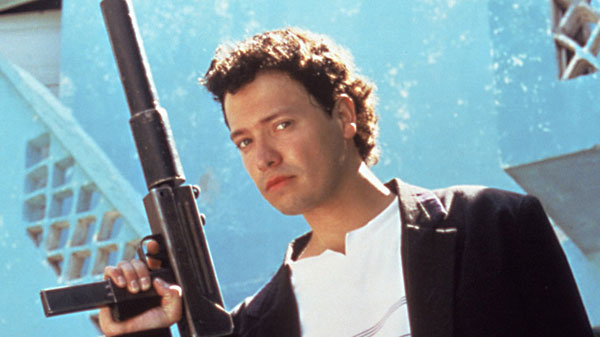 From Richard Linklater's Slacker to Robert Rodriguez's El Mariachi, Austin is fast becoming the focal point for somewhat of a renaissance in "low-budget"; filmmaking. (Something in the water, perhaps.) Unlike Linklater's critically lauded look at Austin's twentysomethings, Rodriguez's film is a far more traditional narrative: that of mistaken identity, with copious amounts of bloodletting and chase scenes thrown in for good measure. Shot for the ridiculously low sum of $7,000 in the Mexican border town of Acuna, El Mariachi tells the tale of a nameless guitar-playing drifter who finds himself caught in the midst of a war between two feuding criminals, the assassin Azul (Martinez) and Moco (Marquardt), a local crime lord. Clad in black and carrying his trusty guitar case, El Mariachi (Gallardo) is mistaken for Azul by Moco's men (Azul uses a similar case to hold his cache of weapons) and the chase is on. It's a simple story, and one that we've seen before, but it's this very same familiarity with the touchstones of the action genre that help the film come off as well as it does. Rodriguez knows the conventions of the genre - the innocent man caught up in events beyond his control, the icy assassin, and the bloodthirsty crime lord - and uses them to full effect; it's obvious he's done his research. While the story may be a common one (for the action genre, at least), Rodriguez, who wrote, produced, shot and edited the entire film himself, has a uniquely straightforward wit that makes what might otherwise have been just another shoot-'em-up something more than that. They don't give Oscars to animals, but if they did, then the laconic pit bull seen throughout El Mariachi would certainly be in the running. It's touches like this that remove Rodriguez and his film from the constraints of the genre, putting it a notch or two above its peers (though admittedly, with a total budget of $7,000, El Mariachi is virtually peerless). Here's hoping sudden success and a $6 million Hollywood sequel don't put Rodriguez in a panic. He's really someone to watch. 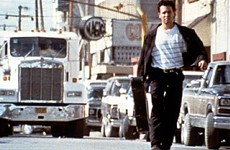