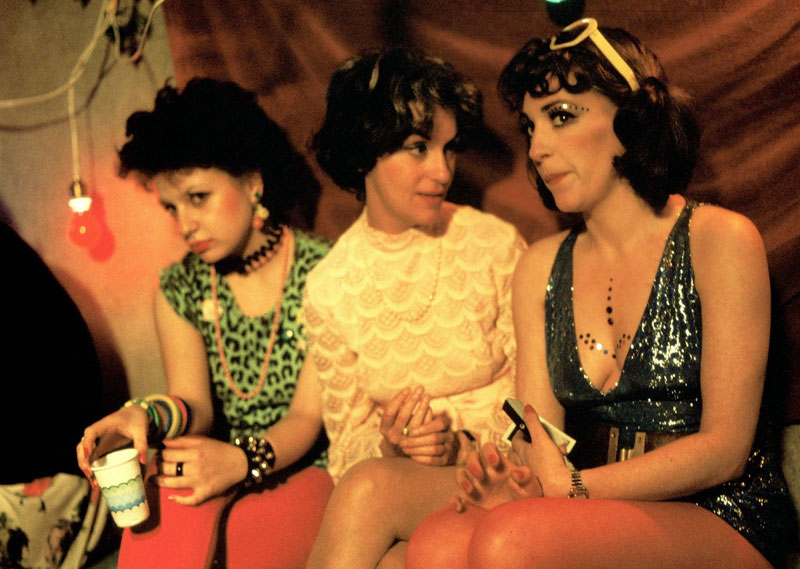 In case you've ever wondered from whence came the provocative and outrageous Pedro Almodóvar (Women on the Verge of a Nervous Breakdown, Tie Me Up! Tie Me Down!), then Pepi, Luci, Bom is the movie for you. Spaniard Almodóvar's first feature (alternately called Pepi, Luci Bom and the Other Girls on the Heap) was shot in 1980 in 16mm and later blown up to 35mm. Stylistically, Almodóvar's first film is notable for its lack of polished filmmaking technique (the shots are crudely composed and murky, the editing and continuity barely perfunctory). But thematically and spiritually, the gleeful and absurd Almodóvar sensibility is all there. In its 80 minutes Pepi, Luci, Bom is filled with a raunchy insouciance (even for Almodóvar) that thumbs its nose at cultural mores and taboos. The story in brief: When the policeman (Rotaeta) who lives across the street tries to bust Pepi (Maura, in the first of her many turns as Almodóvar's primary leading lady) for the marijuana plants he spies on her windowsill, Pepi offers to trade sexual favors for leniency. Instead, he rapes her which makes Pepi quite vengeful because she had been saving her maidenhood for sale to the highest bidder. In retaliation, she has some of her punk rocker friends dress in costumes and beat the policeman up, serenading him all the while. Only thing is, they attacked his harmless twin brother by mistake. But then Pepi discovers the policeman's masochistic wife Luci (Siva) whom she connects up with her dominant lesbian punk rocker friend Bom (Gara, aka Alaska). Along the way, there's a bunch of polymorphously rude, funny and perverse images and jokes about farting, golden showers, big penis contests (Almodóvar cast himself as emcee), sexual masochism, dolls that menstruate and perspire, underwear that doubles as sexual aids, a bearded lady and her voyeur husband, drug use, police corruption and... well, more. If you needed any further proof that Generalissimo Francisco Franco is dead, this crude comedy from Madrid will leave no doubt. For fans of Almodóvar, this first foray into filmmaking is essential viewing.