It's been a while since a movie's come to us veiled in such a shroud of secrecy. Very little was known in advance about Toys other than that it was Barry Levinson's dream project which he had been trying to get produced since the outset of his career. But the director of Diner, Rain Man and Bugsy had to wait for the clout of commercial success before anyone was willing to invest in his resolutely fanciful endeavor. Even that attention-getting trailer featuring Williams doing comedic riffs in a field of wheat piqued moviegoer curiosity without actually telling us anything about the movie. Probably it's better off that way because it's arguable that Toys should never have come out of its wrapper. The movie is as disappointing as a much-desired plaything that turns out to be simply bells and whistles and faulty wiring and unfathomable gizmos. The story, in a nutshell, involves a young man (Williams) who must save his father's toy factory from the evil clutches of his militaristic uncle (Gambon). Zevo Toys goes from making toys like Milton the Friendly Elephant (its cornerstone product) and virtual reality helmets and smoking jackets that, quite literally, smoke to making war toys while recruiting a prototype kids' army of video-game bombardiers. The company becomes, as one of the movie's best lines puts it, “F.A.O. Schwarzkopf.” The movie's crowning achievement is its successful creation of a world out of time, a universe that is total fabrication. Nothing is real and nothing is ordinary; the movie's whole style and appearance is a function of some alternate universe. The look can only be described as some kind of wiggy cross-pollination of Pee-wee's Playhouse and Tim Burton's Gotham City. Toys probably has the most amazing art design of any movie this year certainly due, in no small measure, to the contributions of the peerless Ferdinando Scarfiotti, Bertolucci's longtime production designer (The Conformist, Last Tango in Paris, The Last Emperor and Visconti's Death in Venice). Apart from all the mechanical weirdness, every last shred of reality in Toys-land is so skewed that it does not even seem weird that Robin Williams' cousin is black commando LL Cool J and his uncle (his father's brother and Cool J's father) speaks with a British accent. There are some great performances in Toys as well; Cool J as the mysterious special forces soldier shows he's got the talent to crossover from music to acting, Wright as the luminous love interest glues us to our seats, and Cusack as Williams' sister who dresses in doll's clothing (including corrugated plastic wigs and Velcro'd pinafores) is a rivetingly weird sight and memory. So what's the problem with this movie that reunites Levinson and Williams for the first time since Good Morning, Vietnam? There's very little but the strangeness of it all propping up Toys. Far too little effort seems to have been given to the development of characters, story, momentum and plausibility (even on its own eccentric terms). Thus we are left with paper villains, no-growth protagonists, a loud and pointless climax and a gutless parable about the evil of war toys. Even the usually irrepressible Williams plays it pretty tight-jawed and reserved in this role that seemingly should have him playing, simply, a big, overgrown goof. You've got to admire a movie that's willing to journey down paths that have no clear antecedents in the creation of a modern whimsical fable, but you don't have to admire the fractured results. 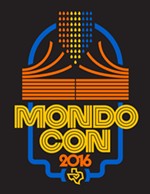