This New Orleans concoction of political and personal intrigue turns the burners up to a steady simmer but never really cranks the jets up to full blast. Curiously, though the movie engages constant viewer interest throughout, it never really excites the imagination in an all-absorbing or gripping manner. Spader is cast as Clay Fowler, a wealthy, young scion running for a local congressional seat. Running, however, probably isn't the correct word to describe his campaign -- ambling is more like it. Fowler has no discernible convictions or qualifications; entering politics is simply something for someone from his background to do. He certainly doesn't approach the contest with any great savvy or cunning, otherwise he would curtail his extramarital philandering and notice the obvious traps set for him by his opponents. Storyville, named after a nightclub rather than the notorious New Orleans district, swelters with that pungent, hothouse vapor we've come to associate with the Big Easy. It's got enough lurid family secrets to keep the ghost of Tennessee Williams quiet and enough generalized rectitude for our sins in Vietnam and the race wars at home to keep the sensitivity factors high. Yet in the midst of all this skeleton-rattling, the sheer dramatics of the piece are strangely subdued and lackluster. Except for Robards' robust characterization as Fowler's family mentor, everyone else in this truly prize cast has a neurasthenic pall (which also makes Robards' brio seem all the more out of place). Still, despite these oddly unexceptional dramatics, Storyville's intrigue holds viewer interest from beginning to end. Directed by the unsung creative half of the Twin Peaks phenomenon, Frost manages to imbue his New Orleans with a distinctive sense of place as well as the implicit understanding that there are dirty little secrets lurking behind virtually every local door. It's not quite as garish and bizarre as the worlds of Twin Peaks or the New York City Santeria rituals portrayed in Frost's script for the movie, The Believers. In fact, Storyville's strong sense of locale and emotional pallor most resembles Frost's documentary series, American Chronicles which he executive produced. It's not that Storyville is dull or uninteresting. It's just that it plays like “no peaks.” 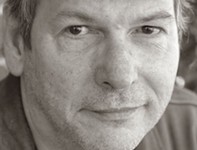 Tommy Shannon
'I Live in Trios' 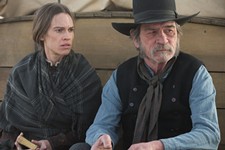