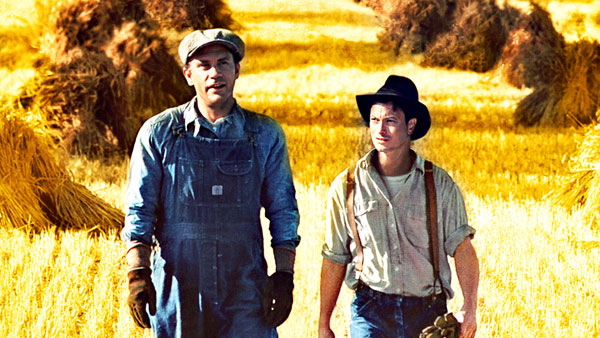 Of Mice and Men

More a familiar title than one actually read, John Steinbeck's Of Mice and Men is a sophomore English teacher's dream: recognizable symbolism, obvious foreshadowing, and symmetrical plot, along with an archetype of 20th-century American literature, a gentle brute named Lenny, the man-child who literally overwhelms everything he loves with affection. Moreover, the novel's Depression-era setting, ideally suited to Steinbeck's sense of social realism, perfectly complements its theme of the elusive American dream, the best-laid plan of mice and men that often goes awry. This second film adaptation of Steinbeck's novel (the first, featuring Burgess Meredith and Lon Chaney, Jr., was released in 1939) about the fraternal bond between two migrant farm workers, the level-headed George and the simple Lenny, is reverentially faithful to its source, seemingly willing to forego making its own mark in favor of enshrining the literary work upon which it is based. (Director/actor Sinise unquestionably has an affinity for Steinbeck: he's staged a successful adaptation of Of Mice and Men at his Chicago Steppenwolf Theatre, as well as an ambitious Broadway production for The Grapes of Wrath, the writer's most famous -- and subversive -- work.) Horton Foote's screenplay is more rhythmic than his other scripts, especially in the reiterations between George and Lenny about the home they dream of, the refuge from their nomadic existence, one with a cottage, a garden, and (to Lenny's delight) lots of rabbits. In a tricky role, Malkovich -- always a problematic actor -- brings Lenny to vivid life. Although he appears to have thought out every gesture, every inflection like an actor who plans everything, it's a strategy that works in depicting a character whose limited mental capacity makes him acutely aware of himself. It's an extremely self-absorbed performance from Malkovich, but one that's welcome for a change. When combined with Sinise's solid work in front of the camera (as George) and behind it, this Of Mice and Men makes for an unassuming but well-made movie which, unlike so many adaptations of literary works, does not go awry. 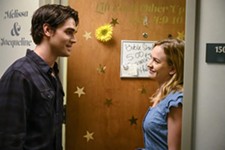