Nicholas Roeg has never been one to give straight answers in his films, be it The Man Who Fell to Earth (with David Bowie as the water-starved alien) or Don't Look Now (with Donald Sutherland and Julie Christie as the haunted parents). As a filmmaker, he has always worked in the realm of the obscure: his films skirt the edges of the dark, exploring the things we see peripherally, lost in the shadows and fog of everyday events. In Roeg's world, the real is all too often the unreal. It's a shame then, that his newest film is so confused and bewildering. Tackling the subjects of Catholic mythos, infidelity, and the need for human redemption -- especially from a marriage standoff -- Roeg loses his way and ends up with an unappealing hodgepodge of less than amazing proportions. It's rare that you see a film that so actively conveys a director's indecision; seeing is believing, though, and Roeg has lost his touch here. When Harmon's pathologist character is clipped by a speedboat -- and then comes back to life, while Russell's conniving wife schemes to love another -- you can't help but wonder what the hell is going on here. Roeg seems to be trying to mix bargain basement theology with his usual mystery-suspense motif and in the end it all falls apart. Shire pops up as a prophetic Carmelite nun and proceeds to confuse the situation even more. As always, Roeg's work is stylish and surefooted -- this time out, though it heads nowhere fast. 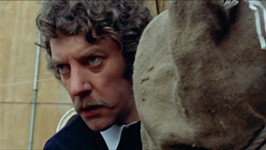 Don't Look Now
This is one of those movies that keeps on giving – its gothic moodiness is impossible to shake off. Julie Christie is at her most ... 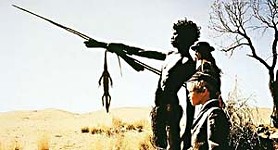 Walkabout
Roeg's second film has become something of a cult classic. The story centers on two British children stranded in the Australian desert who are led back to civilization by an Aboriginal male. The fascination of the movie comes from the cultural collision that also carries a sexually charged undercurrent.