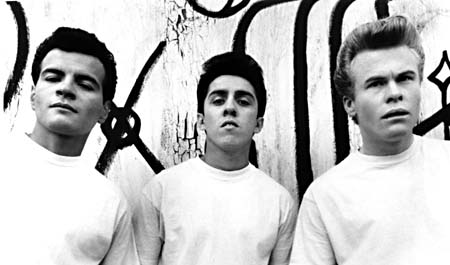 We are, each of us, our own worst enemy. Sure, it's easy (and not always wrong) to blame the system, blame racism, blame poverty, blame your parents, blame the cops… blame anything or anyone but yourself. But until the assumption of responsibility for one's actions is embraced, the potential for change and alteration is forever denied. That's some of the moral turf surveyed in American Me, Olmos' stark and unflinching study of the self-destructive perpetuation of violence, crime and gang warfare in the Hispanic-American community. The movie looks at three generations of one East Los Angeles family. The time period extends from the Pachuco riots of 1943 to the gang proliferation of the mid-1970s. American Me’s thesis is that prisons, far from being giant warehouses for society's cast-offs, are, in actuality, recruiting stations and a kind of boot camp for future generations of crime soldiers. The center of the crime syndicate is housed within the prison walls. As a prominent and well-respected Hispanic-American figure, Olmos is to be commended for not choosing the easy road in this, his first time up as a director. He takes his community to task for its self-destructive legacies, for its internalization of failure. To underscore this, he himself plays a most unflattering character, a crimelord named Santana who goes into prison as a young boy and, because he does what he must to survive and maintain respect, becomes a gang kingpin. He wins the respect of the men in the yard at Folsom and the adoration of his brother and all the other neighborhood boys. Yet along the way he's lost sight of notions like decency, normalcy, tenderness and < compassion. American Me pulls no punches; it is oftentimes brutal and alarming. It has the courage of its convictions all the way through to its downbeat ending. The story is by Floyd Mutrux (Aloha, Bobby and Rose, The Hollywood Knights, and American HotWax) and has been kicking around for more than fifteen years. At times the narrative suffers from an unnecessarily choppy feel that lobs one scene up against another without zeroing in on the most salient aspects of the drama. But they are always there at least in the background, if not in the foreground. American Me is crafted with heart and conviction and intelligence. It demands no less of its audience. It insists that there are no quick fixes, but that solutions are of the utmost urgency. It demonstrates how the capacity for change resides within each individual. 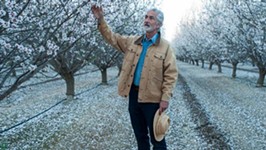