There are two auspicious debuts in Little Man Tate, a little but affecting movie about a gifted seven-year-old child caught between the emotional needs of a youngster and the intellectual needs of a genius. First, there's the much-ballyhooed directorial debut of Foster, who admirably keeps this movie on track. Then there's the marvelous acting debut of Hann-Byrd as Fred, the wunderkind whose usual expression is an apt cross between grown-up seriousness and childlike openness. What's most interesting about this movie, however, is how it avoids the formulaic conventions that you've come to expect from movies -- especially made-for-TV movies -- covering a subject matter with a contemporary social slant. (Imagine, if you will, a movie-of-the-week starring Valerie Bertinelli, Elizabeth Montgomery, and a younger Fred Savage with a title like Kindergarten Genius or The Brain Wore Diapers…) Little Man Tate is an earnest, heartfelt attempt to explore what it's like to be wise beyond one's years, something with which old pro Foster is undoubtedly familiar. (She's been acting since she was a toddler.) Most of the movie focuses on the tension Fred experiences between the maternal instinct and the learning instinct, respectively embodied by Foster and Wiest. As the boy's devoted working-class mother, Foster credibly exudes a mother-lion protectiveness, but she seems a bit too intelligent to play someone so far removed from Fred's mental sphere. Wiest, on the other hand, is near-perfect as the well-meaning mentor who has trouble responding to Fred just as a child rather than a child prodigy. Although Scott Frank's screenplay has more than a few holes in it (for example, what's with the near-drowning of a peripheral character near the end of the film?), they're forgivable, mostly because this movie is so utterly likable. Little Man Tate is a small movie by industry standards, but it nevertheless stands pretty tall. 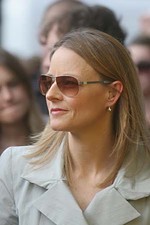 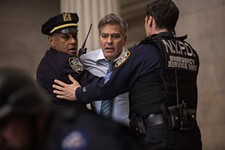 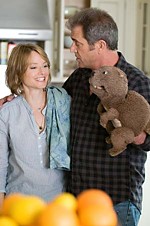