Homicide may not be Mamet's most accessible film, but it combines those elements of the playwright/director's work -- theatricality, stylization, rough poeticism -- that might be most off-putting to the typical movie audience with enough tension and mystery to keep them in their seats. Once again, Mantegna is Mamet's medium, channeling the playwright in this film about a man lost in an internal struggle between his identity as a Jew, his identity as a cop, and his identity as a man. In the brutal world of cops, racial slurs and epithets are hurled without a thought to their effect. On the contrary, “real men” are expected to laugh it off. Yet Mantegna begins to think of himself as a Jew, an identity he has ignored or suppressed, when he's forced to abandon his partner, Macy, and the high-profile drug case he was working on in order to investigate the murder of an old Jewish woman. Her family's got juice and they want a Jew to handle the case. Resentful at first, Mantegna gets drawn into the case, “my Jews,” as he refers to it. And the next thing he's gone through the looking glass, into a world of terrorism, intrigue and espionage. Mamet paints with a broad brush and Mantegna does nothing half way. As a cop compensating for what he believes is a perception of the Jew as timid, bookish and effete, he's always the first one in the door, gun drawn. When he finds himself in a community of Jews, his brittle protective exterior shatters. In the company of cops, Mantegna and his compatriots trade rough curses, litanies of abuse intermingled with declarations of love and loyalty in the cadences of the street. But no matter how many people Mantegna has around him, the landscape we're navigating with him is a private hell of his own creation. Perhaps it could be argued that Mamet's plays are notable for their realism, certainly Mamet's films are distinguished by their theatricality. In this case it serves to highlight Mantegna's internal wars as they're expressed externally. It doesn't always work. The film falters in the last few minutes and the promised revelations don't come until later -- in the street, on the way to the car. It's a little too late. 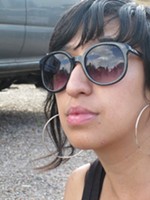 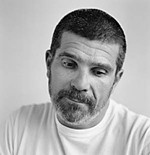 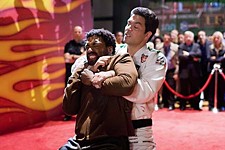 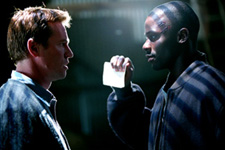