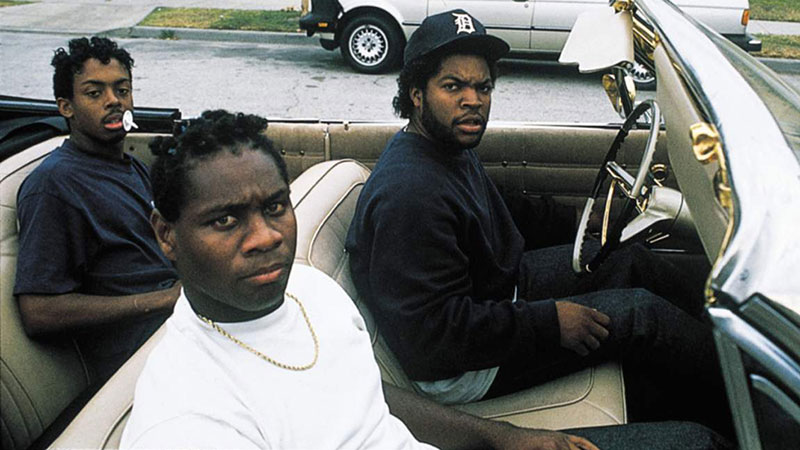 It's a measure of just how pervasive the gang problem has become that Boyz N the Hood's opening night in cities as varied as Seattle, Minneapolis, and Tuscaloosa was marred by sporadic outbursts of gang violence and bloodshed. The film, by first-time director Singleton, follows the lives of three young black men tryng their best to stay alive amidst the shattered landscape of South Central Los Angeles. Split into two sections, the film begins with the arrival of young Tre Styles in the 'Hood, sent by his mother to live with Furious, his father (Fishburne). There he befriends Ricky and Doughboy, two brothers from across the street. Singleton uses the first thirty-odd minutes of the film to show us the young trio of friends as they deal with the day-to-day realities of adolescence in what otherwise might be considered a combat zone. The film then cuts to the present, where Tre (Gooding, Jr.,), Ricky (Chestnut), and Doughboy (Ice Cube) have managed to reach young adulthood and now face three very separate futures. Tre is thinking of marriage and busily wooing his righteously Catholic girlfriend, Ricky is looking at a collegiate football scholarship, and Doughboy -- recently released from prison -- is killing time on his porch stoop, downing 40 oz. malt liquors and trading tales with his homeboys. Raised in a neighborhood similar to the one portrayed here, Singleton's eye is preternaturally keen, affording us a grim personal tour through a world that few in the majority choose to acknowledge or assist. All of the major players turn in powerhouse performances, and Fishburne nails his best role yet as Furious, a caring, intelligent father determined to see his son gain safe passage into maturity, and an exit from the 'Hood. Ice Cube's character bristles with untapped anger and disappointment as being the less-than-favored son; we've heard this character in a hundred raps, but it's something else to see him on the screen, in your face, in the 'Hood. Singleton's explosive vision ends with the message “Increase the Peace.” Judging from the opening-night body count, though, nobody seems to be listening. 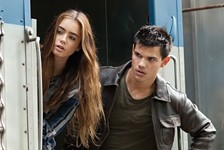