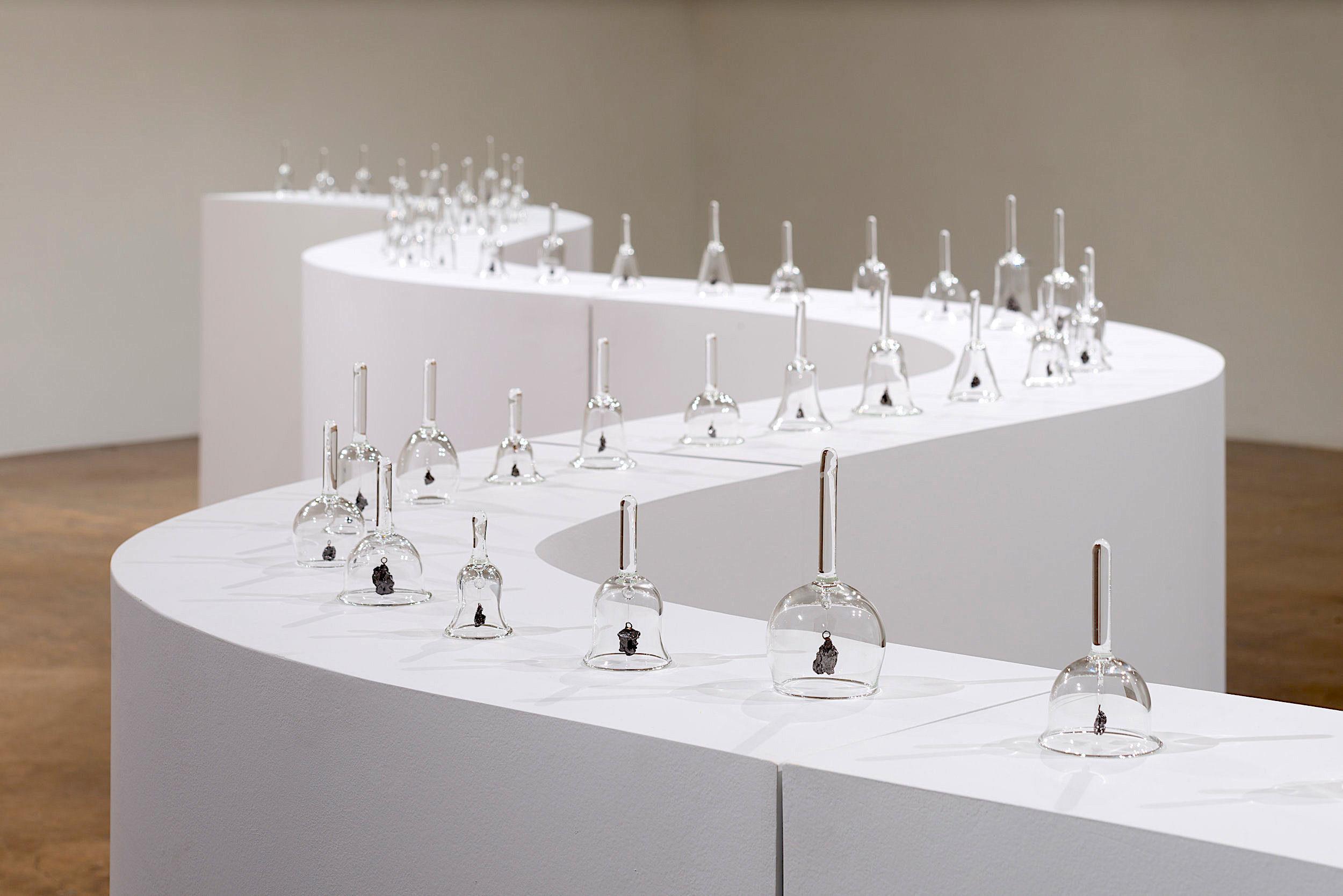 GrayDUCK Gallery: Everything In Tune

We're pretty much over-the-moon, tbh, about Amada Miller's series of works created from data collected by NASA’s Apollo Missions. Because we're the kind of concept-art-hatin' fiends who love concept art more than almost anything when it's done well and is redolent of research and effort and – oh, listen:

"During the Apollo missions, astronauts placed seismometers on the moon and conducted experiments such as crashing spent modules onto the lunar surface. These experiments led to the discovery of moonquakes – vibrations that resonated within the moon’s core for so long that scientists described the sensation as the moon ringing like a bell."

So, for this show, small fragments of real iron meteorites are suspended inside bells of handblown silicate glass, mimicking materials found on the lunar surface. "Everything In Tune" represents our moon’s natural orchestra – the handbells are instruments as much as they are objects, and each gallery visitor will be invited to activate the bells, giving sound to a moonquake. Bonus: graphite rubbings made to look like close-up images of the moon taken by astronauts in orbit, and gunpowder-scented vessels made from astronauts' descriptions after they smelled moon samples back inside the lunar lander.

Joy And Delight: Lu Ann Barrow and the Folk Spirit