Spring has finally sprung and it’s time to head out for a weekend drive to these authentically Texas places. 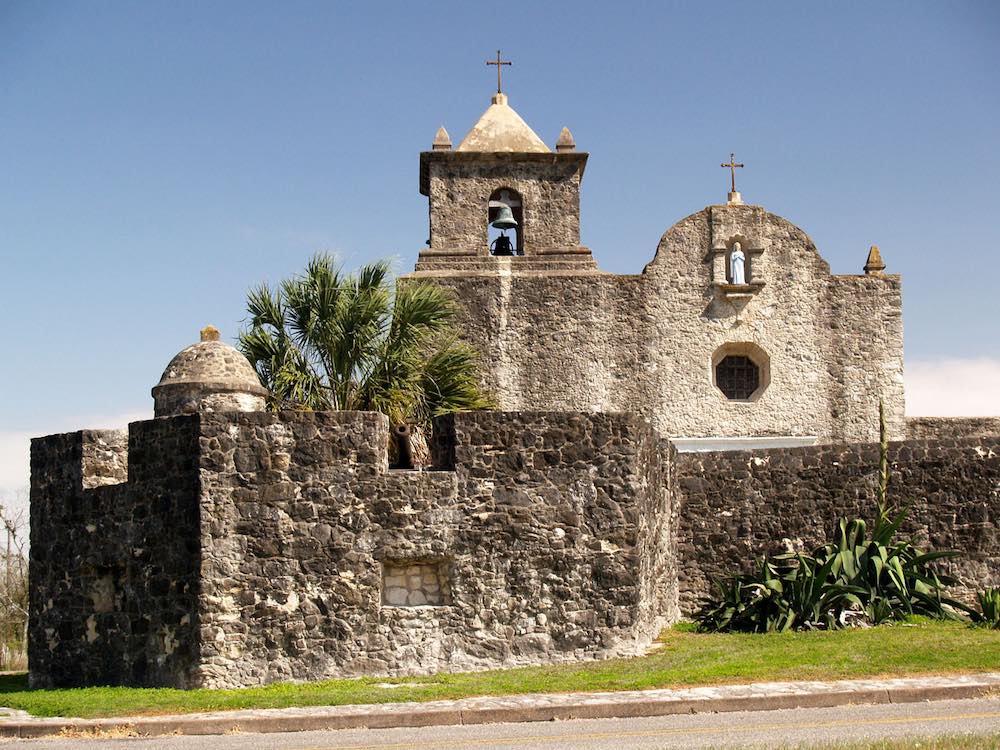 Construction on Presidio La Bahia south of the San Antonio River at Goliad began around 1749. The chapel was restored in 1935 and the walled compound reconstructed in 1967. The fort is believed to be the only restored Spanish presidio west of the Mississippi River. (Photo by Gerald E. McLeod)

Remember Goliad. The gray stone walls of Nuestra Señora de Loreto Presidio, popularly called Presidio La Bahia, still rise above the river crossing on the road between San Antonio and the coast in silent tribute to the Spanish colonization efforts in Texas as they have since the 1750s. After Mexico gained independence in 1821, the old fort became a pawn in the struggle for control of Texas.

On Palm Sunday, March 27, 1836, the Mexican army marched 407 prisoners out of the fort and shot them at close range. At least 342 of Texian rebels died in the Goliad Massacre securing the Presidio’s place alongside with the Alamo as an important site in Texas history.

The Presidio’s grounds now include a museum, the General Zaragoza Birthplace State Historic Site, the Fannin Memorial Monument, The Quarters guest lodging, and Our Lady of Loreto Chapel, one of the oldest churches in America. The title to the Presidio has been held by the Catholic Diocese since 1855. The Texas Historical Commission is negotiating an operational agreement that would make the Presidio the 35th state historic site.

The Presidio hosts living history programs throughout the year that display period clothing, weapons, and accoutrements. The grounds are open for self-guided tours daily from 10am to 5pm. Mass is held in the chapel on Sundays at 5pm.
April 9, 10am-4pm, Fire on the Border, Presidio La Bahia, Goliad, 361/645-3752, presidiolabahia.org 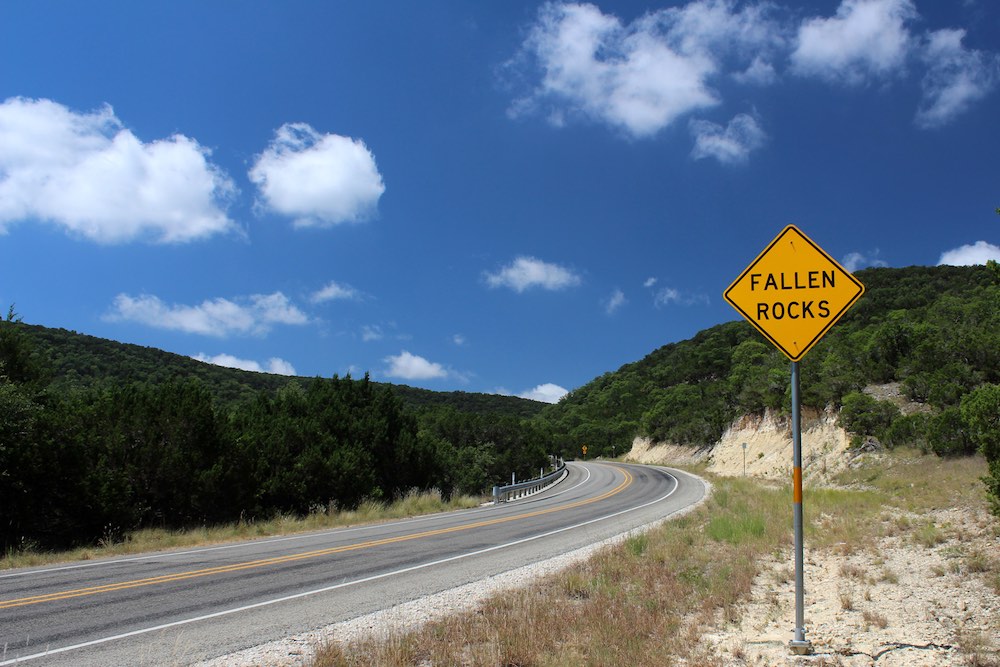 The roadside along FM 2748 outside of Rio Frio is too rocky to support many wildflowers during the spring, but the views are awesome. (Photo by Gerald E. McLeod)

What did I see? Miles and miles of Texas and fields and fields of colorful wildflowers. While we can’t guarantee exactly when and where the bluebonnets and other flowers will be at their blooming best, here are four scenic drives from Austin that won’t disappoint no matter what the roadside offers.

Brenham is a little less than two hours east of Austin on U.S. Highway 290. The Washington County seat offers several food options like the Funky Art Café and Brazos Valley Brewery. It is also at the center of a spider web of scenic country roads. Take the backroads to or from Independence, Chappell Hill, Industry, or Burton and you’ll be awestruck.

Llano is a little more than an hour and a half northwest of Austin on TX-71 and home to some great barbecue. From here all roads lead to wildflowers. FM 152 west is a great drive along the river through Castell and to the Hilltop Café on U.S. 87 near Cherry Springs. From Llano, TX-16 north or south, TX-29 east, and FM 1431 are nice drives. The much-photographed Bluebonnet House is on the north side of Marble Falls on U.S. 281.

Boerne, with its many restaurants and shops, is at the far end of a serpentine network of country roads two hours southwest of Austin. These backroads have confounded me many times reminding me of the old mantra, “All who wander are not lost.” Try to find your way to Luckenbach, Sisterdale, Bankersmith, Kendalia, Waring, or Welfare on the backroads. Po Po Family Restaurant on FM 289 south of Comfort has been feeding travelers since 1929.

Utopia is at the heart of the most beautiful part of the Texas Hill Country and three hours southwest of Austin. FM 337 is arguably the most beautiful road in Texas. It’s worth the drive for the scenery and to eat at Laurel Tree, Lost Maples Café, or Mac and Ernie’s. I can’t drive through this area without stopping at the Apple Store in Medina for a hamburger or a jar of jalapeño mustard.

Take me back to Tilmon. After suffering through two years of the pandemic, the Old Settler’s Music Festival is back with a vengeance. The Old Settlers Homestead about 20 minutes outside of Lockhart has added electricity to the campground and improved other on-site amenities. But the important part is that this year’s lineup is as stellar as you would expect. The list of musicians to hit the stage April 21-24 include, but is not limited to, legendary accordionist Flaco Jimenez, Del McCoury Band, the California Honeydrops, Maggie Belle from New Orleans, and if you haven’t seen Shinyribs, this is your chance.

RGB in HTX. The late Supreme Court Justice Ruth Bader Ginsburg has been called one of the greatest legal minds of her generation. A new exhibition, “Notorious RBG: The Life and Times of Ruth Bader Ginsburg,” brings an intimate look at her life and work to the Holocaust Museum Houston through July 31. Based upon the New York Times bestselling book of the same name, the unique exhibition was created by Skirball Cultural Center in Los Angeles in conjunction with the book's authors. A highlight of the presentation is a robe and jabot from RBG’s wardrobe and the desk from her chambers. Timed tickets purchased in advance are required. 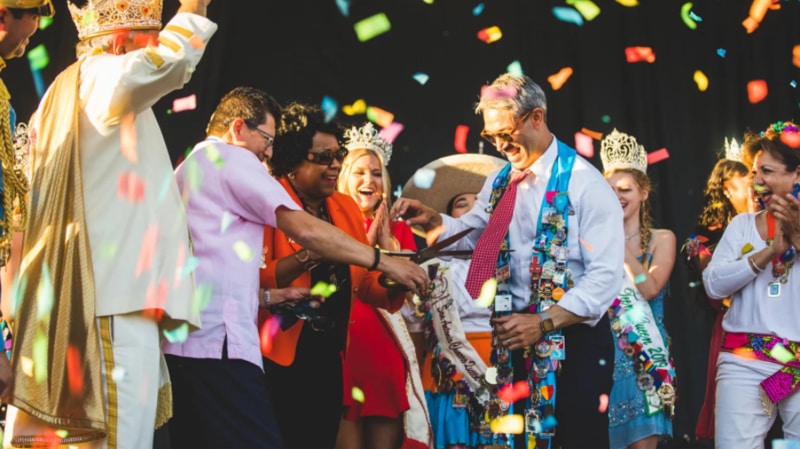 Fiesta returns. After two years of uncertainty, the biggest annual party in San Antonio that has been going on since 1891 is back with some changes. The first year of the COVID-19 pandemic, Fiesta San Antonio was delayed and then all but canceled. The next year the street party was severely curtailed. This year’s event, April 1-10, pulls out all the stops. The Battle of Flowers (April 8) and Flambeau (April 9) parades have been rerouted to wind through downtown and many of the past Night in Old San Antonio events at La Villita have moved across Alamo Street to Hemisfair Park. From carnivals, food, sporting events, and music to the cascarón-busting finale, there’s lots of fun scattered all over the city over the nearly two weeks.

Texas flood of support. Thanks to the support of music fans, the Wittliff Collections at Texas State University in San Marcos has acquired the Stevie Ray Vaughan archive from a private collector. The SRV collection joins the archives of Willie Nelson, Jerry Jeff Walker, Marcia Ball, Cindy Walker, and Asleep at the Wheel. The legendary blues guitarist was killed in a helicopter crash in 1990. Items included in the acquisition are his signature black hat, suede boots, and guitar strap. Notebooks obtained in the archives offer insights into his thoughts at his time of death at age 35. Parts of the new material will go on display this spring at the Albert B. Alkek Library.

1836 Chuckwagon Races at the Diamond B Ranch
April 22-24, Palestine, www.1836chuckwagonrace.com

In search of more travel ideas and info? Visit our Out of Town listings.

Gerald McLeod has been traveling around Texas and beyond for his "Day Trips" column for more than 25 years. Keep up to date with his journeys on his archive page and follow him on Facebook. 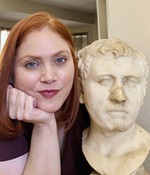 Day Trips & Beyond: June Events Roundup
Summer travel opportunities and news from all over Texas 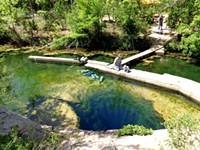