Travel news from around Texas and beyond

In 1880, San Antonio architect Alfred Giles designed the town of Comfort’s first hotel. The limestone-block hotel was enlarged seven years later when the railroad came to town. Louis and Matilda Faust owned the business from 1909 until 1949. 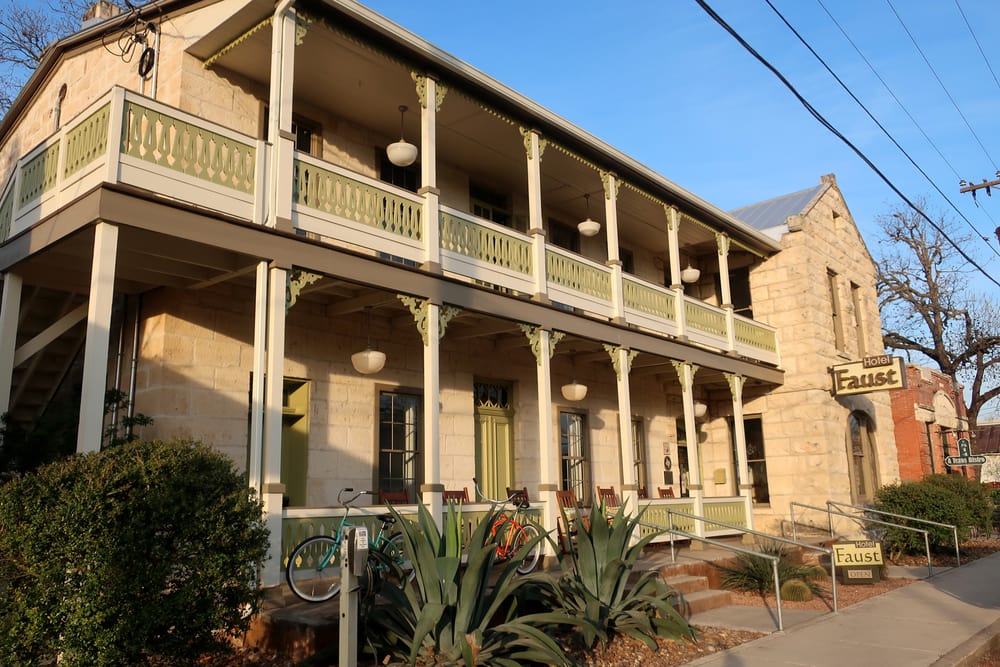 The Hotel Faust in Comfort is now the Hotel Giles, named for the architect who designed the two-story, L-shaped hotel. (Photo by Gerald E. McLeod)

A recent renovation inspired the current owners, Brian & Diane Treusdell, to change the name from Hotel Faust to Hotel Giles after the British-born architect.

Arriving in San Antonio in 1875 for health reasons, Giles completed an astounding body of work in a 45-year career as an architect in Texas. Perhaps he is most famous for designing courthouses in Gillespie, Dimmit, Wilson, Llano, Presidio, Goliad, Webb, Brooks, Guadalupe, Live Oak, and Kerr counties. Of the 11 courthouses that he built, seven survive. Add to that dozens of homes, businesses, and public buildings. He basically followed a utilitarian frontier style for his buildings, but added flourishes that made them stand out.

The renovated Hotel Giles maintains the architect’s functional design and adds modern conveniences and comforts. Guests can simply enjoy a rocking chair on the veranda, borrow one of the hotel’s retro bicycles for a leisurely tour of the town, or use it as a base to explore the Hill Country.

I have a thing for statues. Not only are these bronze or stone monuments public art for all to see, but they often tell a story and provide context to a location. In June a statue of Rep. Al Edwards (1937-2020) was dedicated on the grounds of Ashton Villa in Galveston. He was the state legislator who wrote legislation making Juneteenth a state holiday, and this year was the first celebration since his death. This month the Andrew W. Mellon Foundation announced that they would provide $250 million in Monuments Project grants to fund new monuments and memorials, contextualize existing monuments, and relocate existing memorials to help usher in a new generation of public art. 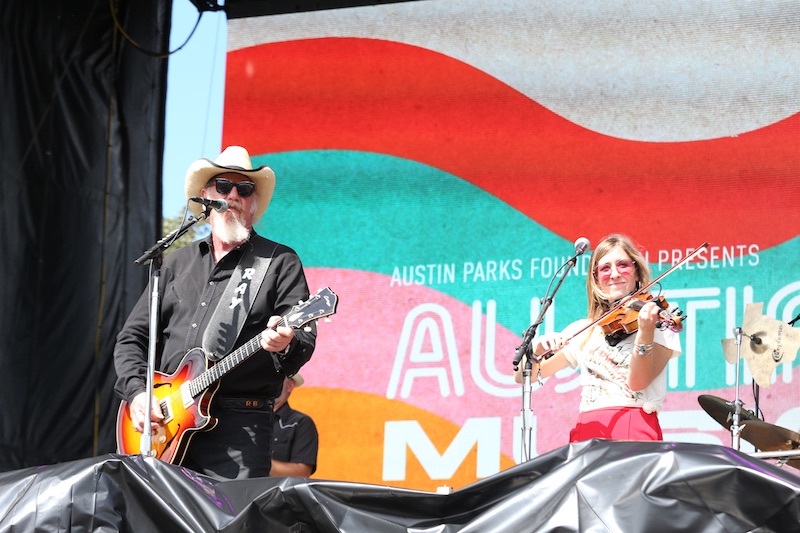 Austin’s favorite Western swing band is celebrating its 50th anniversary. This year marks Asleep at the Wheel’s half century of providing us with road tunes. In honor of the Grammy-winning band’s anniversary, the Wittliff Collection at Texas State University in San Marcos has put together an exhibit of Wheel artifacts. Current exhibits at the seventh-floor depository also include a new show of Lonesome Dove artifacts, a salute to the late Bill Wittliff, photos of Native Americans by Edward Curtis, photographs from the collection by women photographers, and more. In the Alkek Library, the collection is free to the public and open weekdays from 8:30am to 4:30pm with limited free parking in the Alkek Garage at the end of Talbot Street. The garage is open to the public when the collection is open on Saturday from 11am to 4:30pm and Sunday noon to 4:30. When you visit, check out the new installation in the library’s lobby of Buck Winn’s large-scale mural “History of Ranching.”

Show your patriotic support for the 225-year-old United States Postal Service by mailing a postcard to Postcards for Democracy, 8760 Sunset Blvd., West Hollywood, CA 90069. Artists Mark Mothersbaugh and Beatie Wolfe are collecting homemade and commercial postcards as a way to support the USPS. You might want to avoid mailing the postcard a fortnight either side of Election Day (Nov. 3) while the post office sorts the rush of ballots.

The Doseum, a children’s museum in San Antonio, has begun a phased reopening with capacity limits in galleries. This fall the hands-on museum presents a traveling exhibit Beautiful Minds – Dyslexia and the Creative Advantage, exploring the successes of those who think outside the box when faced with the challenges of dyslexia, and some of the tools and resources for diagnosis and pathways to success.

The Fondren Foundation Meadows along Allen Parkway at Gillette Street in Houston will soon sport a new set of colorful sculptures. “Estructuras Monumentales” is a major exhibition of outdoor sculptures by 105-year-old artist Carmen Herrera (b. 1915, Havana, Cuba). Featuring four newly created sculptures that were envisioned nearly five decades ago, "Estructuras Monumentales" is Herrera’s first public art exhibition in Houston, and only the second time that these large-scale works have been presented globally. The exhibit, on view Oct. 22 through April 23, was first presented at Manhattan’s City Hall Park in 2019.

“Not since World War II” is becoming a much too common refrain this year. Already the Texas State Fair in Dallas and Fiesta in San Antonio were canceled because of the coronavirus pandemic. The 2021 Fort Worth Stock Show and Rodeo has been added to the list of Texas events that have been canceled only one other time in their history. Fort Worth’s oldest and largest event, usually held from mid-January to early February, will skip next year due to the high risk of community spread of COVID-19. 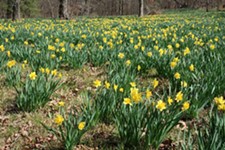 Day Trips & Beyond: February Events Roundup
Lots to look forward to as winter eases into spring 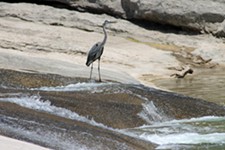 Day Trips & Beyond: January Events Roundup
Nature, history, and more to explore in 2023 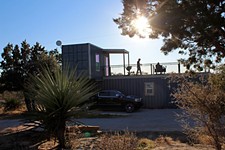