Day Trips & Beyond: Daytripping in the Age of a Pandemic

Get ready for summer with Texas beaches and Texas peaches

Experts say that as long as you can maintain a social distance, a day at the beach is a pretty safe activity during the COVID-19 pandemic. Check the Texas Beach Watch map to see if the water quality is at a safe level. 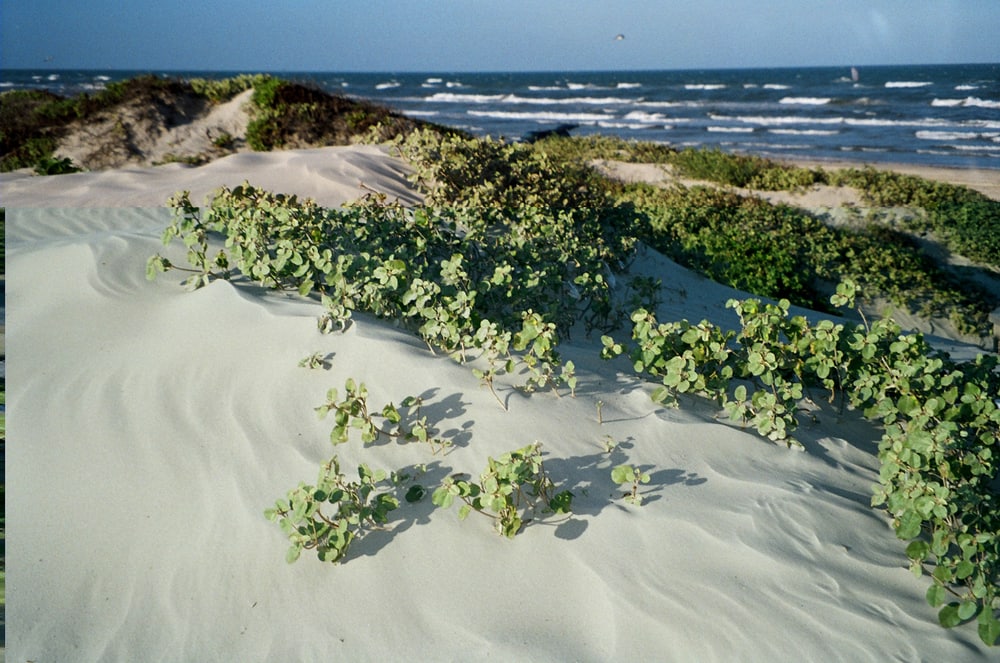 There are 3,359 miles of Texas coastline. You would think that would be enough room that everyone who wants to go to the beach on any given day would have enough room to socially distance. Instead we seem to all congregate in the same areas at the same time. While the Texas Beach Watch created by the Texas General Land Office won’t tell you how crowded a beach is, it will give you information about the water quality at selected recreational beaches from Sea Rim State Park near Sabine Pass to Boca Chica State Park near Brownsville. Water samples at more than 100 sites are analyzed weekly during the peak beach season from May to September.

Closed since March, Big Bend National Park could partially reopen in early to mid-June. Being more than 100 miles from the limited medical facilities in Alpine, the park is not the place someone would want to develop symptoms of the coronavirus. If the situation allows, the park staff will begin with permitting scenic driving and bicycling along all paved park roads in the park, day hiking on selected front country trails, resumption of Rio Grande day float trips from paved road access points, opening of Panther Junction Gas Station and store, opening of the Chisos Mountains Lodge restaurant for take-out meals, access to the Fossil Discovery Exhibit, and the opening of restroom facilities. The campgrounds and the lodge will remain closed for the time being.

The 50th anniversary summer production of Shakespeare at Winedale has been canceled. The organization behind the student plays plans to have a physical reunion, probably sometime next year or when conditions allow. In the meantime, the group would like anyone who has a personal connection to Winedale—as a player, student, patron, local resident, employee, you name it—to contribute a short video of a favorite Winedale moment for a virtual reunion.

Campers, start your campfires. The Texas Parks and Wildlife Department has started taking new camping reservations at State Parks through Sept. 1. A couple of weeks ago the parks began honoring previously made reservations, but have now begun a gradual reopening of overnight stays based on limited availability. All headquarters, visitor centers, nature centers, and equipment rentals will remain closed until further notice. Park visitors should check the Texas State Parks Alert Map for the latest park closures before making plans. Patrons are required to pre-pay and print park day-use passes and camping permits at www.texasstateparks.org or 512/389-8900 before arriving at the park. The Hill Country around Fredericksburg has been known for its delicious peaches for generations. It’s that time of year when the farm stands are gearing up with a fresh crop. (Photo by Gerald E. McLeod)

Peach season has begun. Fruit stands along U.S. Highway 290 between Johnson City and Fredericksburg are brimming with the first peach varieties of the season, according to the Hill Country Fruit Council. Clingstone peaches will make up the bulk of the early season fruit with the freestone varieties peaking around mid-July. If you’re looking for a pick-your-own orchard check out Jenschke Orchards across Highway 290 from Wildseed Farms or Sweet Eats Fruit Farm east of Georgetown.

Public sea turtle hatchling releases at Padre Island National Seashore outside of Corpus Christi are canceled for the year. That doesn’t mean the National Park Service won’t be helping the hatchlings survive their dash to waves, it’s just that the public isn’t invited to watch the event. Some of the most popular events on the Texas Coast, the sunrise release of the baby turtles typically happens from mid-June through August. The longest undeveloped stretch of undeveloped barrier island in the world is open to visitors, but the Malaquite Visitor Center, Malaquite Campground, and Bird Island Basin Campground are still closed.

Sea Turtle, Inc., in South Padre Island has also decided to close their turtle hatchling releases to the public this year. The sea turtle education center and sea life hospital begun in 1977 by Ila Fox Loetscher remain closed to the public during the pandemic until further notice.