Out of town closings due to the threat of COVID-19

With the rapidly changing situation caused by the COVID-19/coronavirus, daytrippers and travelers are advised to check with any public event before expending the resources to attend. Here is a partial list of travel activities affected by the pandemic so far. 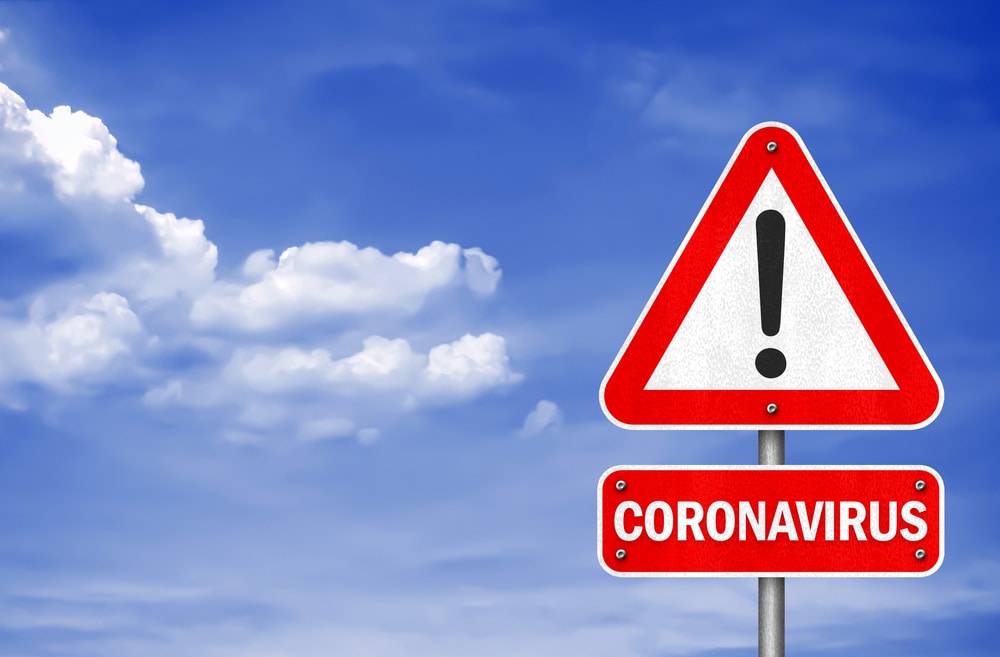 Texas State Parks are all open as of March 13. Most events will continue as planned, though events that involve shareable or touchable materials have changed or canceled. Equipment rentals (kayaks, etc.) are temporarily suspended. Camping or day-use reservation that begin any time in March, can be canceled without penalty by calling the Customer Service Center at 512/389-8900. Any park that has a connection to a person with a confirmed case of COVID-19 will be closed. Check the alert map at www.tpwd.texas.gov/state-parks/parks-map for closures. If you are diagnosed after visiting a park, please call the park to let them know.

That said, Texas Parks & Wildlife Department announced on March 13 that “out of an abundance of caution” the Texas Freshwater Fisheries Center in Athens, Sea Center Texas in Lake Jackson are closed temporarily to public visitation. Public visitation and tours are temporarily suspended at other TPWD hatcheries, including the A.E. Wood Fish Hatchery in San Marcos, the Dundee Fish Hatchery in Electra, the Heart of the Hills Fisheries Science Center in Mountain Home, the John D. Parker East Texas Fish Hatchery in Brookeland, the Marine Development Center in Corpus Christi, the Perry R. Bass Research Center and Hatchery, and the Possum Kingdom Fish Hatchery in Graford. At this time, a reopening date has not been determined.

The Deep Eddy Vodka Tasting Room in Dripping Springs is temporarily closed to all visitors. Deep Eddy will continue to assess the public health situation and will reopen at a future date that is to be determined.

The Round Top Spring Antiques Show schedule for March 19-April 5 has been canceled. The next show is set for Sept. 28-Oct. 3.

The Sherwood Forest Faire in McDade is suspending operations during the fourth week of its eight-weekend season. Management will release more details as they become available. Patrons should check the event Facebook page for more information.

Southwest Museum of Clocks in Lockhart has decided to close the museum until the national health crisis has passed. They will continue to maintain their clock repair and restoration services during this time.

The Llano Fiddle Festival slated for April 3-5 in Llano has been postponed. The directors have not decided when or if it will be rescheduled.

The National Museum of the Pacific War (NMPW) in Fredericksburg has announced temporary closure of the museum to the public. Currently, the museum is planning to be closed through the end of March, and are closely monitoring local, state and national advisories to inform their decision on an exact reopening date. All public programming and events scheduled during this period have also been canceled or postponed through April 30 in an effort to conform to accepted social distancing practices. During the closure, NMPW will continue to share content via their website, social media, and YouTube channel to sustain the museum’s mission to inspire and educate the public. NMPW offers an extensive collection of archives, as well as, oral histories available online via the Nimitz Educational Resource Center.

The Travel & Adventure Show in Dallas planned for March 28-29 is postponed. Stay tuned for a new date and venue.

The 2020 Texas Pinball Festival in Frisco scheduled for March 27-29 is cancelled.

Dallas Park and Recreation Centers and facilities will be closed, and all department organized programs are suspended until further notice. Parks and trails remain open, though the city advises citizens to practice social distancing.

Texas Discovery Gardens in Dallas are closed to the public until further notice.

The 2020 Scarborough Renaissance Festival season will start May 2, and run a reduced schedule of six weekends through June 7 outside of Waxahachie. This will include Memorial Day Monday, May 25.

Galleries and exhibitions remain open at the Museum of Fine Art, Houston main campus, Bayou Bend, and Rienzi, as of March 14, all public programming, ticketed and non-ticketed, will be suspend through March 30. This includes all films, tours, workshops, and events. Tickets already purchased will be refunded or applied to future programs, depending on purchaser preference.

Toll-booth operators in Harris County will no longer accept coins or cash for payment, the Harris County Toll Road Authority announced. “Cash customers should drive through and pay later online,” the agency said on its website. “If the customer is unable to go online, a bill will be mailed to the registered owner of the vehicle.” It’s unclear how long the no-cash mandate will last. The standard administrative fee of $1.50 for paying online will be waived.

Cirque du Soleil is canceling its ALEGRIA show that was scheduled to run in Houston through April 12. Organizers are asking ticket holders to keep their tickets until they receive further instructions.

The Alley Theater in Houston has canceled all its performances through March 31.

South Texas State Fair in Beaumont scheduled for March 26-April 5 has been canceled. This is only the third time the fair has been canceled in its more than 100-year history. The previous closures were due to the world wars.

Brew on the Bayou, a fundraiser for the Gulf Coast Bird Observatory planned for March 21 in Lake Jackson, is postponed for Nov. 7.

The Orange Show Center for Visionary Art has decided to cancel the 2020 Houston Art Car Parade. This will include all events associated with Houston Art Car Parade Weekend scheduled to take place April 16-19, including the Main Street Drag, the Sneak Peek at Saint Arnold Brewing Company, The Legendary Art Car Ball, The VIPit Experience, and the Houston Art Car Parade Awards Ceremony. The event’s new date and location will be announced in the near future, and information can be found at www.thehoustonartcarparade.com. In addition, the organization is suspending entry and tours of its two Houston folk art landmarks The Orange Show and The Beer Can House until further notice. Smither Park remains open from dawn to dusk.

Color Factory in Houston has joined its New York City counterpart and has closed temporarily.

Schlitterbahn Waterparks & Resort closed its Galveston waterpark through the end of March. The hotel remains open.

The Galveston Historic Foundation is adhering to the city of Galveston ban on special events of over 50 people until June 1. As such, all special events during that time frame are rescheduled or postponed. This ban affects the tall ship Elissa, the Bishop’s Palace, and other historic properties and museums in Galveston.

The Texas State Historical Association has canceled the San Jacinto Symposium previously scheduled for April 4 at the University of Houston-Downtown.

Six Flags Fiesta Texas in San Antonio, Six Flags Over Texas in Arlington, and the other Six Flags amusement parks around the country will be closed through the end of March at which time they will re-evaluate the situation.

SeaWorld in San Antonio and its other theme parks will be closed through March 31.

The DoSeum in San Antonio will be closed through March 20.

The Witte Museum in San Antonio will be closed at least through March 20.

The San Antonio Book Festival slated for April 2-4 has been canceled.

The Pearl in San Antonio has suspended all programming indefinitely, including its Venue Open House and the Weekend Farmers Market. The Pearl’s small businesses will remain open.

The Tobin Center for the Performing Arts in San Antonio has postponed all performances through April 25.

All performances at the Majestic and Empire theatres in San Antonio scheduled through April 12 have been canceled or postponed.

One of San Antonio’s signature Fiesta events, the Battle of Flowers Parade has been rescheduled for Nov. 13.

The Overtime Theatre in San Antonio has postponed its planned productions for March and April; this includes all performances and workshops.

The Speaking Rock Entertainment Center in El Paso’s Lower Valley announced it would stay open, but shut down the bars at the venue.

The Ellen Noel Art Museum in Odessa is closed to the public through March 22.

The University of Texas at Austin’s McDonald Observatory outside of Fort Davis announced that its visitors center will remain closed through April 19. All public programs are also canceled.

Disney World announced its park will be closed for the remainder of March along with Disneyland Paris. Disney Cruise lines will suspend all departures through the end of March.

Royal Caribbean cruise lines has suspended operations for the remainder of its sailings worldwide, effective March 15. It will complete its current sailing and debark as planned. It hopes to resume operations on April 11.

Viking Cruises has suspended all ocean and river cruises until May 1.

Major League Baseball has announced that spring training games are canceled. The MLB season will be delayed by at least two weeks.

The National Hockey League has paused its season. “Our goal is to resume play as soon as it is appropriate and prudent, so that we will be able to complete the season and award the Stanley Cup,” the league said in a press release on March 12.

Major League Soccer announced it is suspending the rest of its season.

America’s longest-running annually held sporting event, the 146th Kentucky Derby in Louisville, Kentucky, will be rescheduled from May 1 to September 4. This date is contingent upon final approval from the Kentucky Horse Racing Commission.

The Las Vegas Monorail Company (LVMC) announced the system will temporarily suspend operations until further notice. To keep up to date—and to enjoy an ongoing virtual vacation featuring some of Las Vegas’ most beloved views—follow the Monorail on Instagram and Facebook. All Monorail passes already purchased are valid for 12 months from the purchase date.

California Governor Gavin Newsom has issued sweeping, statewide “guidance” in response to the coronavirus pandemic, asking Californians to postpone all non-essential gatherings through the end of March, including even small social gatherings in places where people can't remain at least six feet apart.

Taos Ski Valley in New Mexico is closed for the remainder of the ski season. Day Trips & Beyond: January Events Roundup
Explore Texas and beyond in 2022 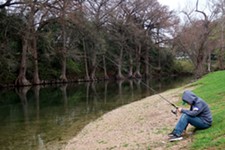 Day Trips & Beyond: December Events Roundup
Saddle up your reindeer