Spring is the season for Texas travel

UPDATE: Due to COVID-19, many events are canceled and many venues are closing for an extended period, so be aware of this before making any plans.
It’s the beginning of wildflower season and time to hit the road. 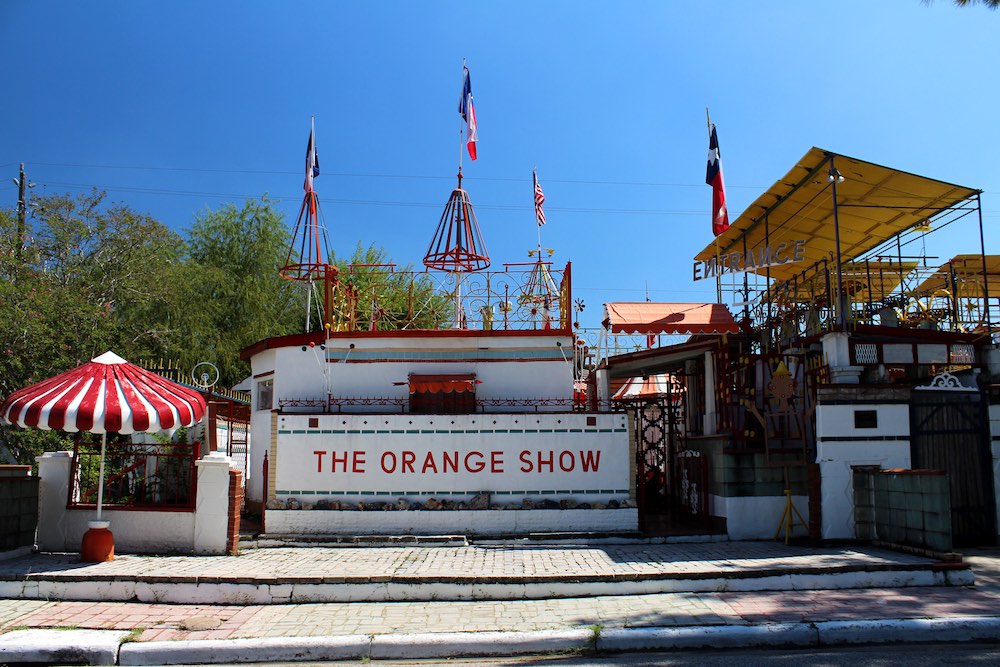 The Orange Show Monument in Houston is one man’s vision of a theme park dedicated to his favorite fruit. (Photo by Gerald E. McLeod)

After being closed for almost three months of restoration work, the Orange Show Monument on the east side of Houston reopens on March 14. In 1956, when postal worker Jeff McKissack applied for a building permit, he told the city that he had changed his mind about building a beauty shop on the lot across Munger Street from his home and that he had a better idea. For the next 23 years he single-handedly built a maize-like urban oasis using found objects and discarded items. His passion park extols the virtues of good nutrition, hard work, and eating oranges. In 1980, McKissack died at age 78. The folk-art masterpiece was saved by a group of investors led by Marilyn Oshman and is now run by the Orange Show Center for Visionary Art. The center also supports the art-filled Smither Park next door to the Orange Show, the Beer Can House, the Art Car Parade on April 18, 2020, and the Art Bike Parade on May 9, 2020.
March 14, Orange Show Monument Grand Reopening, Houston, www.orangeshow.org 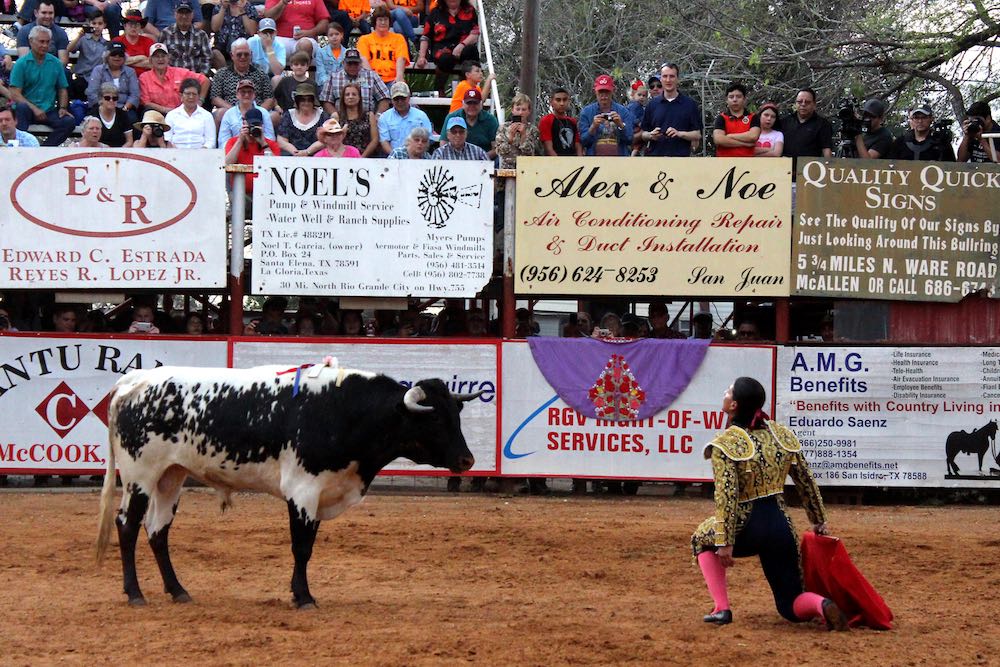 Bloodless bullfighting in Texas took its final bow on Feb. 16, at least until next year. (Photo by Gerald E. McLeod)

At the season finale at Santa Maria Plaza de Toros in La Gloria it was announced that another show might occur this spring. David Renk Jr., the grandson of the bullring’s proprietor, said local ranchers are interested in continuing the bullfights that feature the matador grabbing a flower from the bull’s back rather than killing the animal. Fred Renk says that the bullring is still for sale and that four bullfights are tentatively scheduled for next January and February. “But someone else will have to run them,” says the 84-year-old former matador. “I’m done.” No further information about a website or dates is available at this time.

In 1967, bestselling author and animal rights advocate Cleveland Amory founded the Fund for Animals to “speak for those that can’t.” Since then the Fund has supported animal rights causes around the world. In 1979, the Cleveland Amory Black Beauty Ranch opened outside of Murchison as a sanctuary and retirement home for abused tigers, bears, primates, bison, burros, and other animals. More than 800 exotic and domestic animals live at the 1,400-acre ranch. This is not a zoo, but the ranch has begun offering educational tours of its facilities 95 miles southeast of Dallas near Athens. The sanctuary, which includes the Doris Day Equine Center, is a part of the largest and most diverse network of animal sanctuaries and rehabilitation centers in the country. The bimonthly Ranch of Dreams Tours are a rare and intimate look at an animal success story. Bus tours with limited seating are scheduled for March 7 and 28. Additional tours will be held throughout the year.

As we travel around the state local musicians play the soundtrack of the festivals and fairs. Without them the events would be much less colorful. And so it was with great sadness that we learned that Hal Ketchum was suffering from the late stages of Alzheimer’s disease. You can help his wife Andrea cover the staggering medical bills by donating at www.gofundme.com/halketchummedicalfund or view a three-song film at www.thedancehalltapes.com and leave a voluntary cover charge.

We all have special places where we like to work and create. For Guy Clark it was a small basement workshop where he wrote songs and worked on guitars. The furnishings from Clark’s private space have been added to the exhibition “Outlaws & Armadillos: Country’s Roaring 70s” at the Country Music Hall of Fame and Museum in Nashville, Tenn. The exhibition includes a collection of artifacts and stories illustrating the musical connection between Austin and Nashville during the 1970s. The re-creation of the singer-songwriter’s home workshop features a wall of cassette tapes, a handmade workbench, photos of Buck White and Townes Van Zandt, woodworking tools, and other personal items. Outlaws & Armadillos continues through Feb. 14, 2021.

It’s about that time of the year again and the wildflowers have already started showing their colors. DeWitt County was named “Wildflower Capital of Texas” in 1999. With more than 1,000 species of wildflowers in the county, the backroads are a rainbow of colors into early June. For a map and guidance to the most picturesque locations, call the Cuero Visitors Center at 361/275-2112 or at 210 E. Main St.

Spring is a great time to get out and explore Texas’ past. The Texas Historical Commission’s website features a map to the 30 properties that THC maintains around the state. The Goodnight Heritage Center between Clarendon and Armstrong may be the next addition to the list. According to ABC-7 in Amarillo, negotiations are underway to add Goodnight’s former home to state protection.

One of THC’s properties, The Fulton Mansion in Rockport, has reopened. Built in 1877 by a local rancher and merchant, the two-story home was heavily damaged by Hurricane Harvey in 2017. The historical significance of the house lies in its French Second Empire style, unique construction methods, and advanced mechanical systems for the time.

According to EarthSky.org we will see supermoons on March 9, April 8, and May 7 this year. A supermoon is the full moon happening at the closest point to Earth in the moon’s monthly orbit. The April supermoon will come the nearest to us of the three perigee. Time to plan a camping trip.

Commemoration of the Battle of the Alamo
March 1-7, San Antonio, www.thealamo.org

Spring Equinox Concert in the Cave with Rudi and the Rudiments
March 21, Boerne, www.cavewithoutaname.com 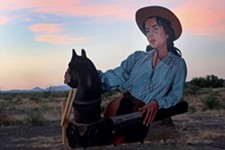 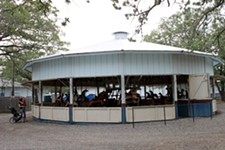 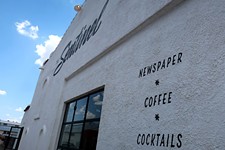