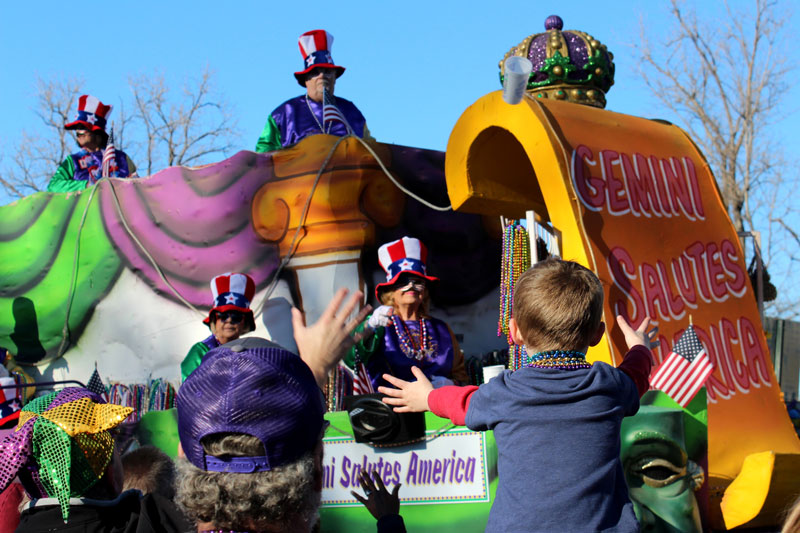 No matter what your age, everyone loves a Mardi Gras parade. One of the oldest parades in Shreveport, the Krewe of Gemini parade rolls along the waterfront in downtown. (Photo by Gerald E. McLeod)

All around Louisiana communities have put their own stamp on the annual Carnival season. From the raucous parades and parties of Mardi Gras in New Orleans to the Courir de Mardi Gras or chicken runs in the Cajun parishes, each area of the state has given the celebration its own lively characteristics.

Mardi Gras in northwestern Louisiana, in the twin cities of Shreveport and Bossier City, has a family-friendly atmosphere with all ages coming together for fun and revelry. The metropolis on the banks of the Red River about 190 miles east of Dallas may not have as many parades as the Crescent City (upward of 70), but the four main parades – Krewe of Centaur (Feb. 3), Krewe of Barkus and Meow (Feb. 4), Krewe of Gemini (Feb. 10), and Krewe of Highland (Feb. 11) are every bit as ornate and lively.

Imagine going to a giant Thanksgiving Day or New Year’s Day parade, except at Mardi Gras the floats have costumed crews throwing beads and trinkets to the crowd. The throngs lining the parade route begging for throws are as much fun to watch as the elaborate floats. Give a Louisianan a Mardi Gras parade and watch the inhibitions fly. 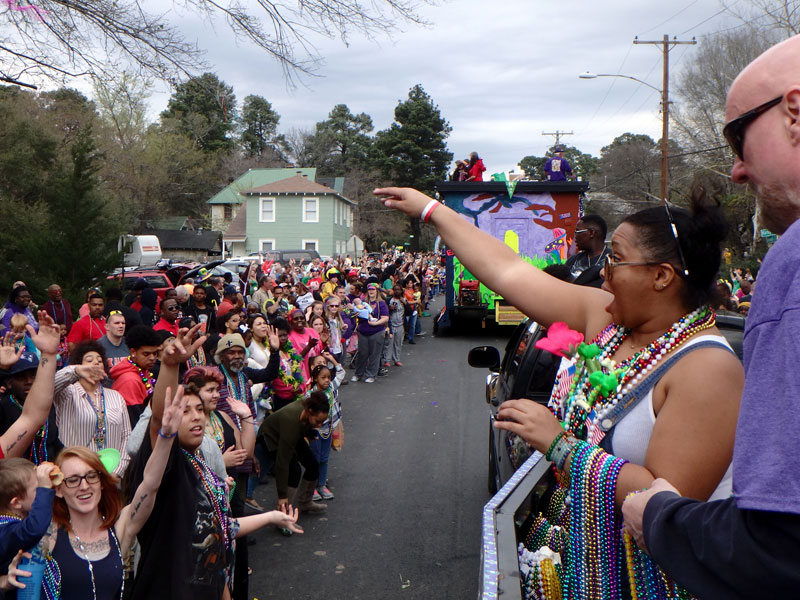 From the deck of a jerking trailer the Mardi Gras parade looks much different than standing at the curb. Shiny beads and cheap toys are as much fun to give as they are to receive. (Photo by Gerald E. McLeod)

I’ve always wanted to ride on a Mardi Gras parade float and finally got my chance in the 2017 Krewe of Highland Parade through the south side of Shreveport. A friend of a friend offered me an invitation of a lifetime.

I was once offered the opportunity to ride a float in a New Orleans Mardi Gras parade, but the cost was hundreds of dollars for the throws plus the incidental expenses. In Shreveport, all I had to do was show up.

As my krewe waited in line for the parade to begin we finished last-minute decorations to the flatbed trailer that was dwarfed by the twice as big, double-decker commercial floats. As we waited, our krewe chief gave us directions: Be sure the person you’re throwing to is looking at you so you don’t bean somebody, favor the children over the adults, be safe and have fun. 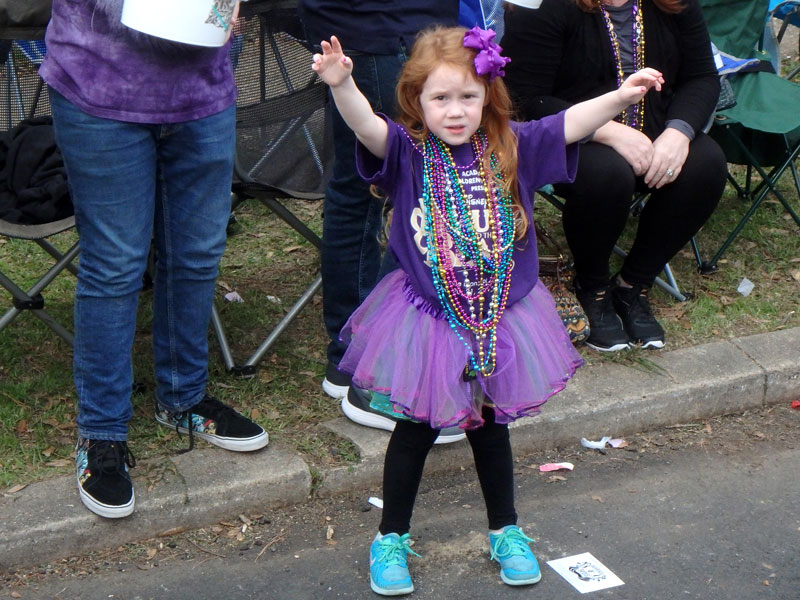 How many beads are enough? Young and old plead: “Throw me something, Mister!” (Photo by Gerald E. McLeod)

The two-hour parade went through several neighborhoods and was much more laid back. Along the parade route homes were turned into party houses with grills smoking, beer kegs flowing, and people dancing.

Our trailer was so full of cardboard boxes of beads, purple plastic cups, and toys that the 12 of us hardly had room to stand. It is hard to explain why riding on a float is so much fun, but it’s a blast. Probably because it feels good to be the bearer of gifts.

One of the surprises of my visit to Shreveport was the bounty of food of northern Louisiana.

During Mardi Gras the green, purple, and gold king cake is the primary dessert of the season. It seems every bakery has a different take on how the cake should taste and look.

One of my favorites came from Lilah’s Bakery, 1718 Centenary Blvd., Shreveport, www.lilahsdeli.com. This neighborhood bakery makes the hallow circle cakes in an assortment of flavors and sizes, including a gluten-free model and an individual size. 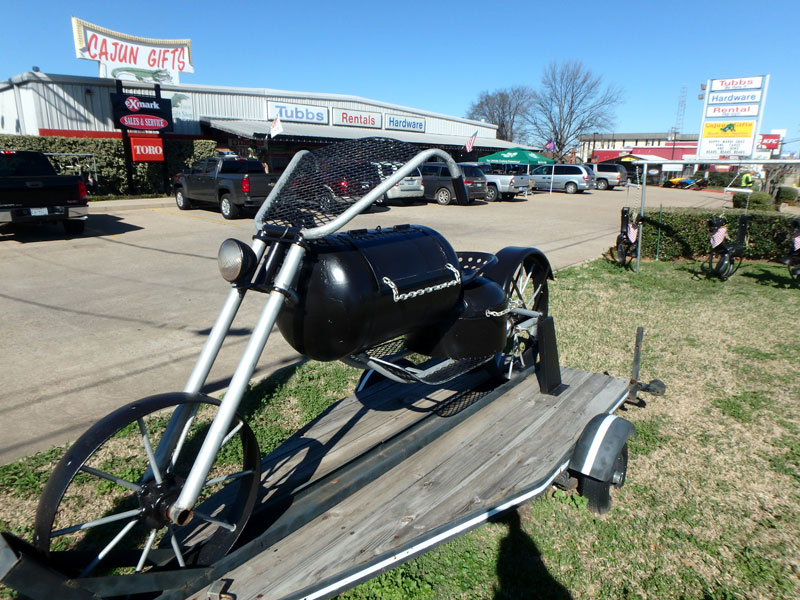 You know you’re in Cajun Country when the hardware store sells king cake and colorful masks along with fancy barbecue grills. (Photo by Gerald E. McLeod)

Over at Tubb’s Hardware and Cajun Gifts, 615 Benton Rd., Bossier City, www.tubbshardware.net, they have four flavors of king cakes made by a bakery to their recipe. This should be your first stop for all things Mardi Gras. The store stocks a huge assortment of masks, T-shirts, and boxes of throws if you want to start your own float or parade. And yes, this really is a hardware store with an assortment of tools, kitchen utensils, and heavy equipment rental. Look for the popcorn rice; it’s regular white rice that smells like popcorn when it’s cooking.

No trip to Louisiana would be complete without a big plate of Southern cooking and Port-au-Prince Restaurant, 5301 S. Lakeshore Dr., Shreveport, www.portauprincerestaurant.com, is just the place. On the outskirts of town, the casual restaurant with big picture windows overlooking Cross Lake serves traditional plates of fried green tomatoes, shrimp, catfish, and steaks.

In downtown Shreveport, Parish Taceaux shares a former department store with Artspace, a contemporary art gallery. The menu at Parish Taceaux, 708 Texas St., www.parishtaceaux.com is a fusion of local fare with outside influences from south of the border. The catfish tacos were inspired and not what you might expect.

The muffaletta sandwich, piles of cold cuts topped with an olive salad, originated at Central Grocery in New Orleans in 1906. The oldest continuously operated family restaurant in Shreveport, Fertitta’s Delicatessen www.facebook.com/fertittasdeli, a block off I-20, has put their own Sicilian spin on the sandwich and called it a “Muffy.” 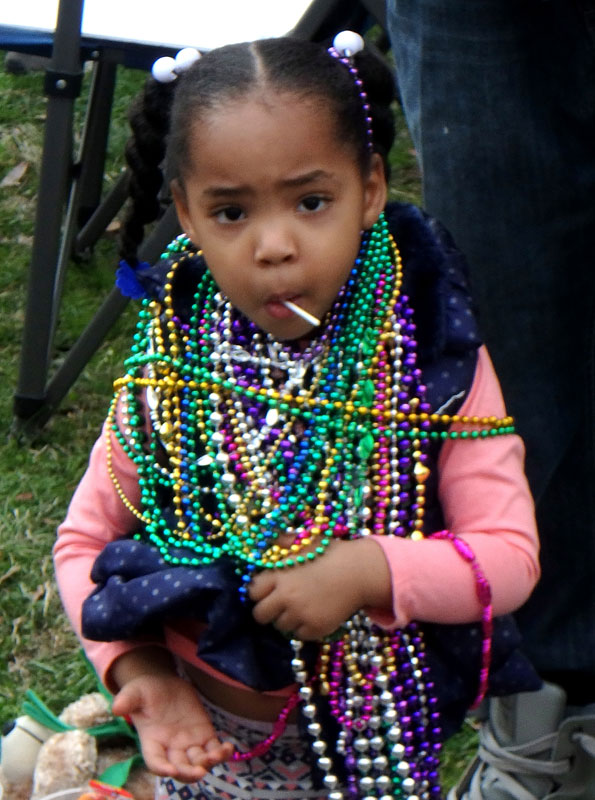 It seems like the entire population of Shreveport-Bossier City gets into the spirit of Mardi Gras. Maybe it is endemic of the entire state of Louisiana. (Photo by Gerald E. McLeod)

The flashing lights of six riverboat casinos in Shreveport-Bossier City tend to dominate the skyline, but there is much more to the twin cities once you get off I-20. About 310 miles northeast of Austin, northern Louisiana is worth exploring. Start any adventure to Caddo Parish at www.shreveport-bossier.org or give them a call at 800/551-8682. 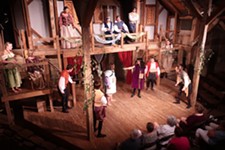 Day Trips & Beyond: June Events Roundup
Pho on the coast, statuesque women in Dallas; June is time to hit the road