The wildflowers are blooming and there's a lot going on in April. 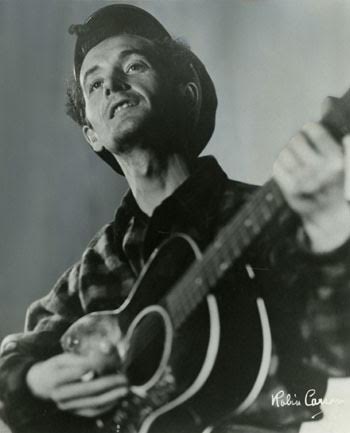 The Woody Guthrie Center in Tulsa, Okla., celebrates its third anniversary April 28-May 1 with free concerts and special events.

The Guthrie materials were acquired and moved to Tulsa by the George Kaiser Foundation which has also purchased the archives of Phil Ochs and Bob Dylan. Previously housed in New York, the Oklahoma-born Guthrie’s archives include handwritten song lyrics, instruments, and rarely seen family photos.

This is a great time to visit Tulsa’s Brady Arts District while the center is also hosting “Pride & Joy: The Texas Blues of Stevie Ray Vaughan.” Guest curated by his brother, Jimmie Vaughan, the exhibit features several of SRV’s guitars, handwritten lyrics, and personal effects.

For more on the center and the anniversary celebration, go to www.woodyguthriecenter.org. 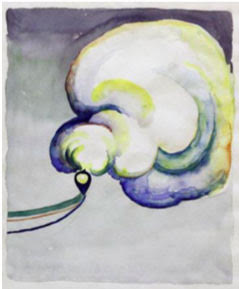 Train at Night in the Desert, 1916 Georgia O’Keeffe, Amarillo Museum of Art

A selection of rarely seen watercolors painted by Georgia O’Keeffe during her time in Canyon, Texas, (1916-1918) will be on view at the Georgia O’Keeffe Museum in Santa Fe, N.M., April 29-Oct. 30.

While teaching art at West Texas State Normal College (now West Texas A&M University), O’Keeffe created 51 watercolors that included landscapes, abstractions, and nudes that brought her early critical acclaim. Twenty-eight of the works will be on view in the exhibit.

National Park Week means free admission to the 410 national parks, April 16-24. Help the National Park Service celebrate their 100th anniversary this year by checking out an unfamiliar park or visiting an old favorite. To learn more about activities around the country, go to www.findyourpark.com.

The National Videogame Museum opens on Sat., April 2, in Frisco. With more than 100,000 videogame consoles, games, and artifacts from past and present, it is one of the largest collections of gaming history in the world. Among the artifacts are several one-of-a-kind items that provide an unparalleled look at gaming. The museum is inside the Frisco Discovery Center and is open daily. For more information, go to www.nvmusa.org.