This Fort Worth museum is one of the coolest in Texas

I used to skip school with my girlfriend to hang out in the Amon Carter Museum of American Art’s air-conditioned bliss during Fort Worth’s scorching, late summer days. The Amon Carter is still one of the coolest among the many cool museums in Texas. 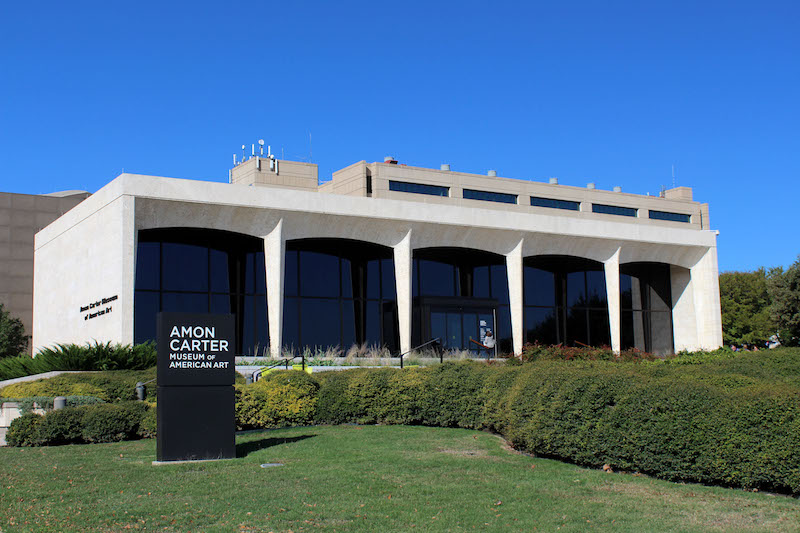 The Amon Carter Museum of American Art has anchored the Fort Worth Cultural District since 1961. (Photos by Gerald E. McLeod)

Sure, the Amon Carter Museum is full of paintings and sculptures of cowboys and Indians, but it is so much more. This is the institute that commissioned “In the American West,” Richard Avedon’s photographic masterpiece of portraits of ordinary people.

It is the idea of folk art that I have trouble wrapping my mind around. Isn’t all art folk art? Isn’t most folk art about craftsmanship?

Obviously, I am a self-taught art critic. 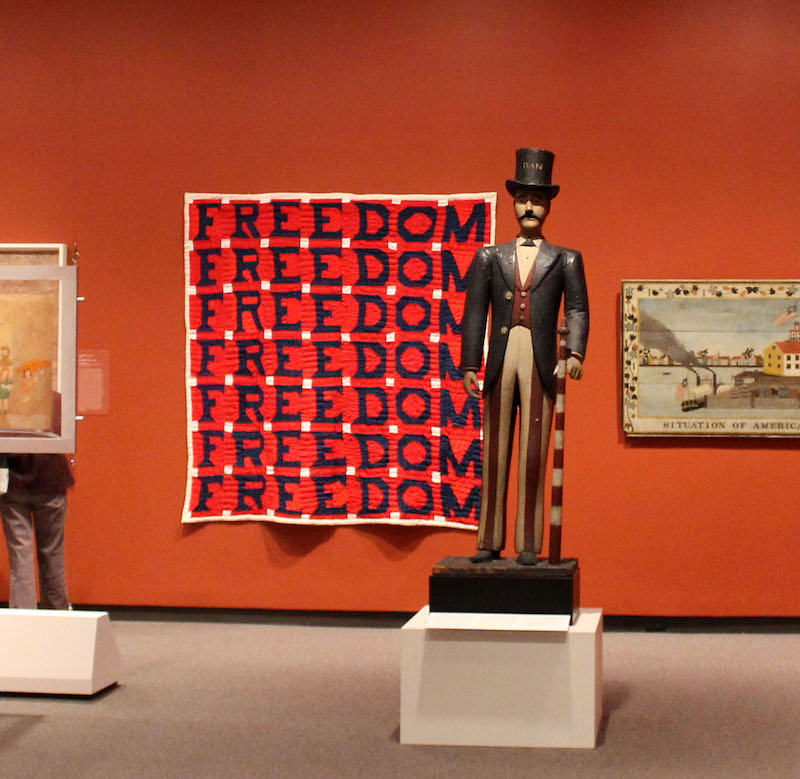 More than 100 works from the American Folk Art Museum in New York are on display in the exhibit.

According to the exhibit, which is both a visual and history lesson, under the huge umbrella of “folk art,” American artists since the time of the colonies have been interpreting their world in their own way. More to the point, these self-taught artists came to their inspiration not through formal education, training, or classical precedent. Their artistic vision is a transcendence bestowed by a higher power; it is an innate knowledge that flowed from their imagination to their fingertips.

Now I understand why I am drawn to folk art. These artists had an intrinsic need to express themselves. They broke the rules because they don’t know the rules. Their creations force us to reconsider the boundaries of the fundamental and authoritative systems that govern our understanding of what is art. It's pretty heavy stuff. Instead of delving too deeply in the art’s meaning and cultural relevance, I strolled through the gallery and just enjoyed the artists’ expression on a very basic level. 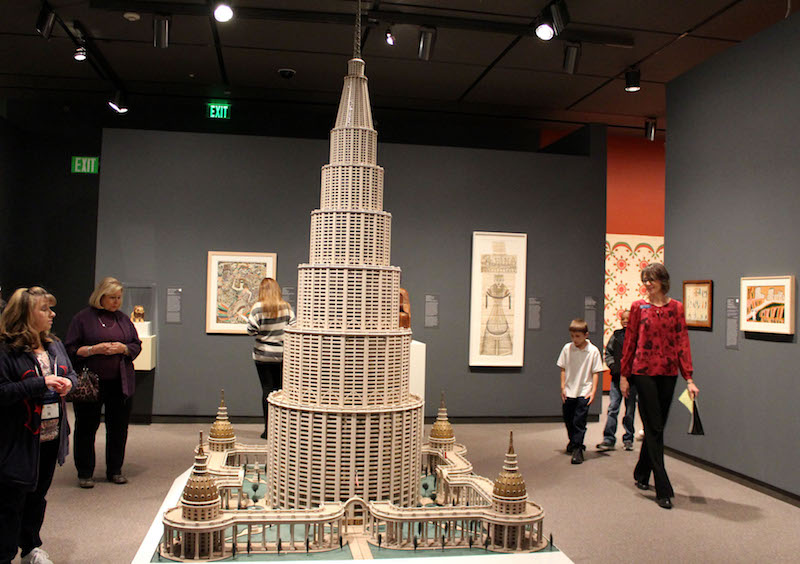 Immigrating to the U.S. in 1928, Marino Autrit imagined The Encyclopedic Palace on a 1:200 scale.

The works of art, generally, were pleasing, if not soothing. What many of the paintings lacked in skill were more than made up for in natural style. Colors flowed seamlessly across the surface, objects were assembled with a master’s precision, and subjects were somehow familiar.

The artists in the exhibit worked in every medium imaginable: from fabrics to bits of discarded wood. Grant Woods’ Parson Weem’s Fable is more awesome in person than what is printed in books. In another corner is what looks to be a clothesline pole decorated in plastic flowers. It didn’t make sense at all.

My favorite piece in the exhibit is Marino Autriti’s model of The Encyclopedic Palace of the World, a fantasy place to house all of the world’s knowledge. It took the Italian-born, auto-body mechanic more than three years to complete the 11-foot-tall architectural model made of wood, plastic, and hair combs.

One man’s self-taught genius is another man’s maker of flea market fodder. 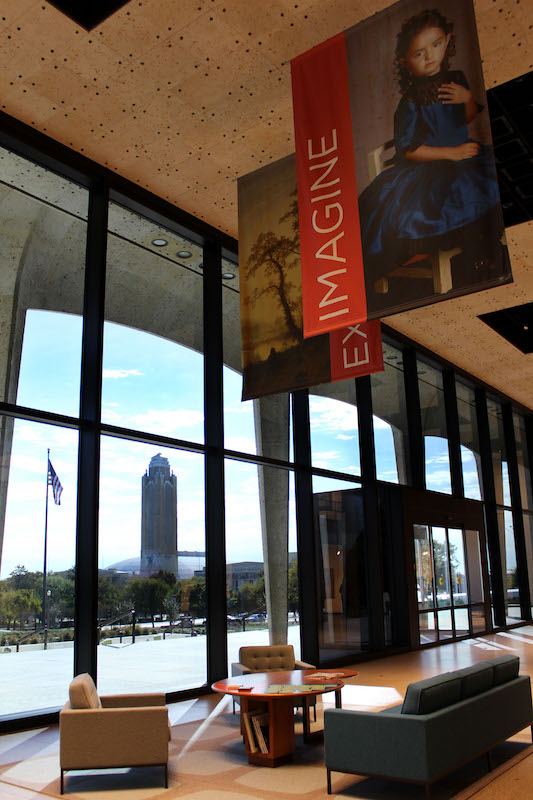 The Amon Carter Museum has grown from 400 pieces of Western art to be a leader in American art.

A Museum for the People

Amon G. Carter Sr. helped transform Fort Worth from a dusty cow town to an economic engine before his death in 1955. As the publisher of the Fort Worth Star-Telegram, he branched out into investments in the first radio and television stations in the Southwest. He also helped get American Airlines off the ground.

Beginning in 1961, with Carter’s collection of Western art and funding from his foundation, the museum and accompanying research institute have grown to become a significant voice of American art, photography, and publications.

Amon Carter Museum of American Art is at 3501 Camp Bowie Blvd., in the Fort Worth Cultural District west of downtown. Admission is free. 817/738-1933 or www.cartermuseum.org.