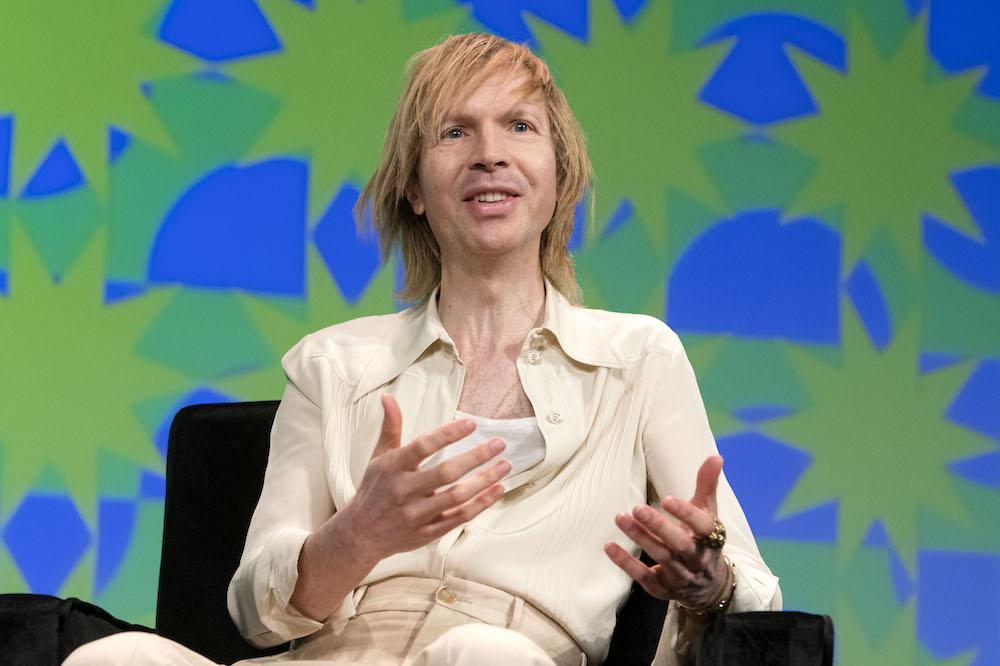 You’ve heard the story of Johnny Cash’s SXSW performance, the one that caused a stool to be permanently affixed to the old Emo’s ceiling. The lesser known part of that story? After Cash played that set in 1994, a burgeoning act took the stage. On a technicality, Cash opened for Beck, a situation the younger artist called “absurd.”

Beck was green. He was fresh off of the release of his debut, Mellow Gold, and the supersonic success of single and now generational anthem “Loser.” He had barely played with a band before. A mic stand fell in the course of the show and struck a fan – one of only a handful left at the venue, he recalled – in the head.

After the show, the Butthole Surfers’ Gibby Haynes told Beck it was “the best show he’d ever seen.” Beck remembers it differently. “It was a total disaster, really,” he said at his Friday SXSW keynote.

That show was also the last time Beck played at SXSW. In many ways, his appearance in 2022 represents a return to the beginning. His conversation with The New Yorker’s Amanda Petrusich preceded a solo acoustic set Saturday at the Moody, which might sound like an odd choice for an artist that often deals in maximalism. But as Beck told Petrusich, his roots are very much in folk.

“I started out wanting to be a folk singer … I was isolated,” Beck said, recalling his childhood in East L.A., then notably devoid of garages to practice in or extra cash to spend on expensive instruments. “The folk singer thing worked perfectly, because I didn’t have a band.”

Beck’s hour-long conversation with Petrusich mostly focused on the craft of songwriting and Beck’s chameleon-like approach to it. Beck talked about his lyrics, which he said many dismissed as “word salad.” But Beck said he is more concerned with the movement and feelings that lyrics can evoke rather than anything making sense on paper.

“There is a compression of language and imagery where you’re not directly saying [something like] ‘I miss you’ … they will give you the atmosphere of that feeling,” Beck said of his lyricism.

He had absolutely no answer for how he might pin down a through line in his work, but rather seemed wholly unconcerned with trying to categorize it into a genre. In terms of musical influence, he told Petrusich he was more inspired by filmmakers. “Each record is a different setting, different mood, different world,” he said.

Saturday’s showcase will launch a series of acoustic solo shows mostly kicking up this summer. Although he started his career in New York’s anti-folk scene and reprised a solo act to tour with 2002’s Sea Change, it will be a notable change for the artist, who described working with dozens of musicians as having access to “every color in the box.”

Will it be a tough adjustment going back to that space? “Come tomorrow night, we’ll see what happens.” 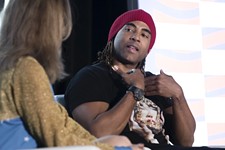