Filmmaking metadrama about the perils of being your own subject 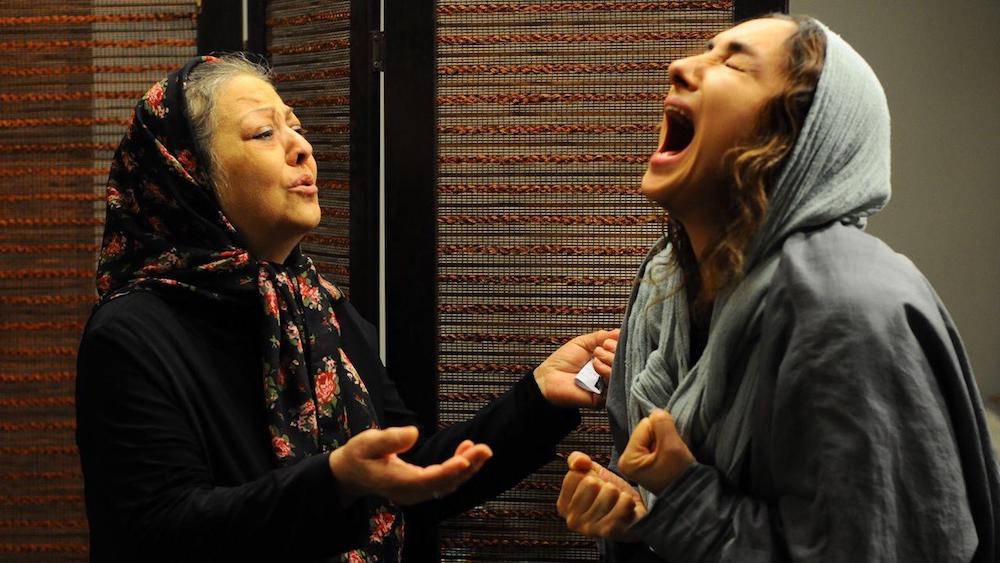 It feeds into a cycle of anxious energy, as the film follows Hanieh (Hanie Tavassoli), a struggling writer who recently was forced to sell her feature script to her best friend after finding herself in a bind for money, unable to pay her landlords who wish to evict her.

There’s something so deeply upsetting about watching Pegah (Pegah Ahangarani) and her crew dissect and workshop Hanieh’s screenplay. While rehearsing lines, the crew constantly brings up their issues with the material, particularly the protagonist of the script, who they cannot side or connect with. They call the lead character a bastard, and are confused by her motivations with her partner, whom she eventually breaks up with. It’s absolutely gutting, a nightmare come to life watching Hanieh have to justify her character’s actions, one that’s vaguely based off her own life.

Azizkhani portrays Hanieh’s frustration through disassociation by using a unique technique where Hanieh looks off into the distance only to see a second version of herself, who’s sometimes rolling her eyes from a couch across the room, or even breaking the fourth wall to talk directly to the audience. These playful elements feed into The Locust feeling like an anxiety attack. There’s an intensity fueled by the constantly moving handheld camera and fast-paced dialogue, in addition to the dreamlike elements. At one point in the film Hanieh even talks to her dad during a lunch break, imagining herself in a forest where the ghost of her father bikes up to her in a Hawaiian shirt to discuss her creative choice to become a starving artist.

The Locust does feel a bit insider baseball, potentially inaccessible for those a bit unfamiliar and uninterested in the art of filmmaking, but for those willing to dive in, it’s extremely rewarding. Subtly filled with classic cinematic references, from The Godfather to Close-Up, there’s so much to unpack in the film’s brief runtime.