Tackling Food Waste as a Social Justice Issue at SXSW

Various communities look to “feed the soil and starve the incinerator”

The opening moments of this panel, featuring a video about activists’ resistance to industrial incinerators in Baltimore, made its point of view clear: Food waste is a social justice issue. In the United States, to waste food is an act of environmental racism in addition to being a major contributor to climate change.

The video featured panelist Marvin Hayes, founder and director of the Baltimore Compost Collective, who says the objective of his program is to “feed the soil and starve the incinerator.” If the city can send less trash to the incinerator, which is located near a low-income Black neighborhood, the incinerator will eventually have to go out of business. 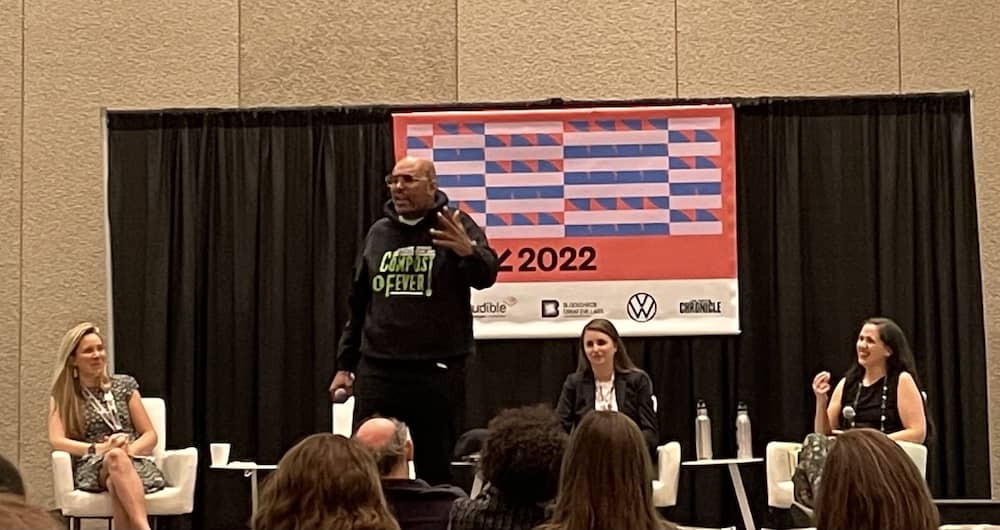 Panel moderator Maddie Keating of the Natural Resources Defense Council stated that food waste is a major driver of climate change, yet isn’t part of the broader climate change discussion. This is despite the fact that 40% of all food produced in the United States is never eaten, and this has lots of baked-in negative effects: That represents one-fifth of water use, and one-fifth of pesticide and fertilizer use. Wasted food represents a significant portion of landfill and incinerator use, and 80% of those landfills and incinerators are located in indigenous and minority communities.

Because a huge part of food waste is happening in the household, the panelists also argued for the need for consumer education. McPeak described initiatives in Orlando to offer food preservation workshops, as well as efforts to illustrate the importance of reducing leftovers, sharing food with neighbors, and understanding what use-by dates on food packaging really means.

Ultimately, the panelists agreed that the key to reducing food waste lies in relationship building and making connections between food access, food equity, and food apartheid, as well as advocating for better policy around food systems.