Five Exhibitors Not to Miss at the SXSW Creative Industries Expo

The largest exhibition at South by Southwest, the Creative Industries Expo can be overwhelming. Entering the Austin Convention Center exhibit halls, you’re instantly met with an electric atmosphere filled with conversation excitement.

Every corner holds something different, and while it can be exhilarating it can also be overwhelming as your eyes drift across the room attempting to figure out where to start.

But don’t worry, we’ve got you covered. Here are five booths you shouldn’t miss if you find yourself wandering aimlessly through the exposition. 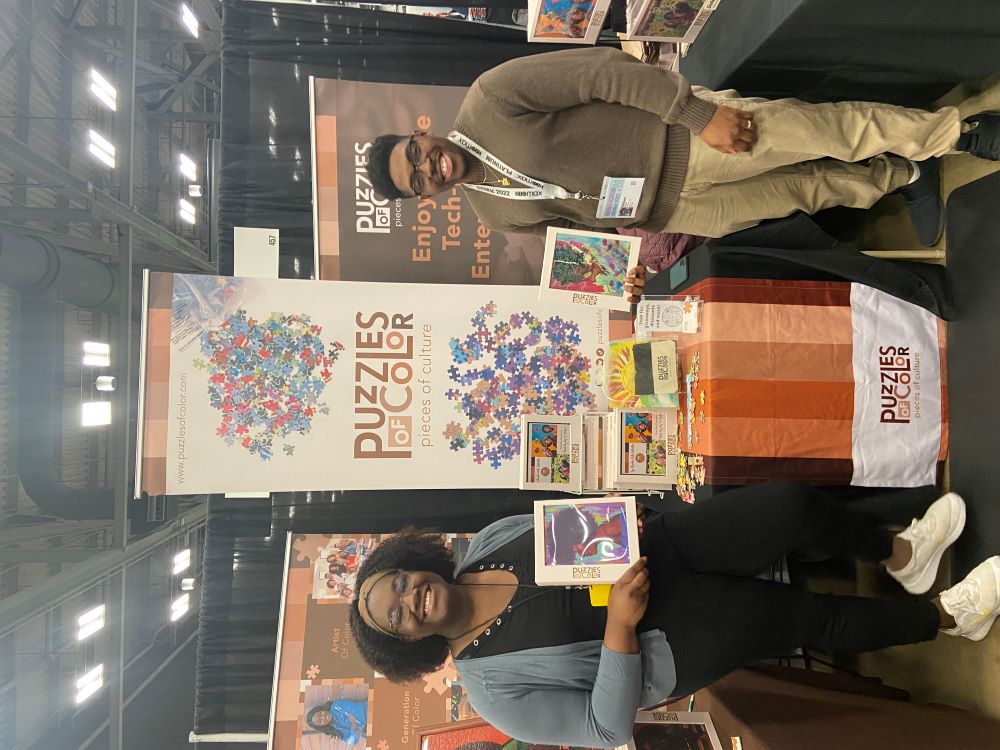 Puzzles of Color, one of the most exciting booths at this year's SXSW Creative Industries Expo (Photo by Ikram Mohamed)

Spending hours huddled over the table piecing together puzzles with his sister since childhood, jigsaws have a special place in William Jones’s life. Though after piecing together everything ranging from works of art to pictures of animals, Jones said it was tiring not to see images that reflected himself in puzzles. He founded Puzzles of Color with his sister in June 2020, with hopes to bring more representation into the field by commissioning artists of color they find on social media.

“Celebrating culture piece by piece”, Jones said Puzzles of Color hopes to uplift people of color through supporting not only Black artists through showcasing their work but representing the individuals using their puzzles. Jones said through Puzzles of Color they want to undo stereotypical narratives and instead highlight the “fun, beauty, and joy of artists and persons of color.”

With a closed border and a pandemic keeping Kyle Walgren and his then six-year-old daughter apart, Walgren spent nights reading bedtime stories to his daughter over the phone and trying to find interactive apps to support her reading. Unable to find anything that supported individuals attempting to learn, Edsoma was born. A reading application designed to aid in children's reading development through features such as virtual reading sessions where a child can read along with a family member through FaceTime, giving children real-time Lexile scores to monitor their reading progress, and they’re currently working on Live Library where children will be able to watch authors read their books aloud in real-time.

Having built various other businesses, Walgren said this is the first business of his that he can do out of joy. Having suffered from literacy issues his entire life, Walgren understands that literacy is an issue that needs to be addressed in the US and he wants to play an active role in combating it. 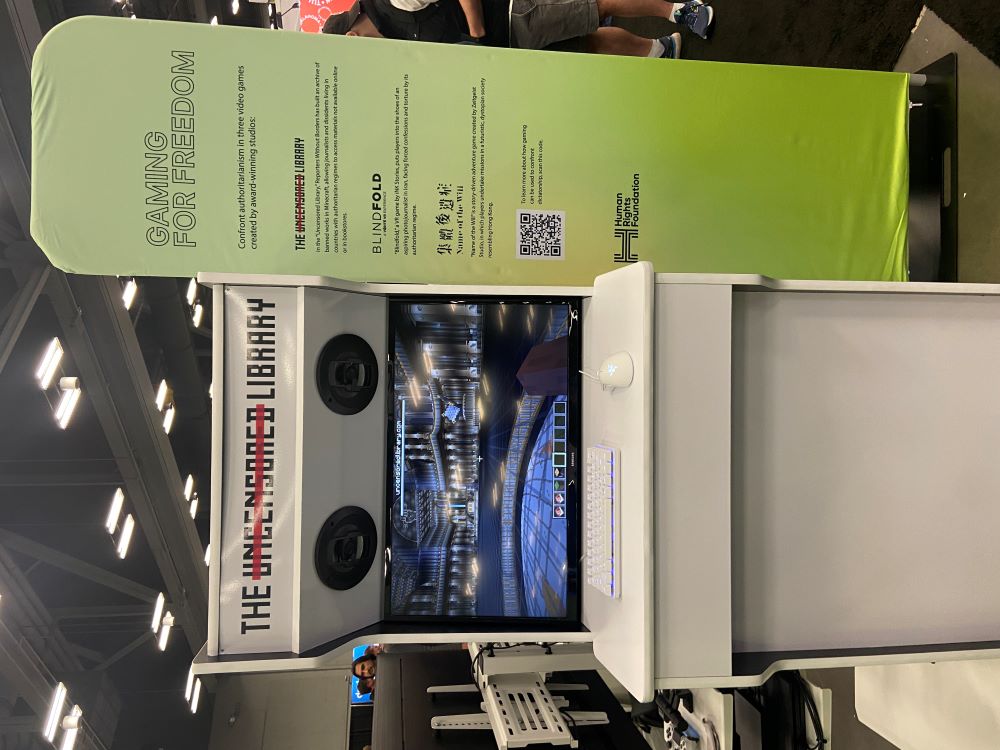 A familiar face at SXSW, the Human Rights Foundation continuously creates booths focusing on creative avenues to educate audiences on their mission to promote freedom in authoritarian countries. This year they’ve returned with Gaming for Freedom, a booth that allows individuals to experience authoritarianism through an immersive experience provided through the virtual reality of gaming. Examining how creative media can protest authoritarianism, the booth has three video games that attendees are encouraged to use. With games such as “The Uncensored Library” which addresses the issue of free press and speech within authoritarian nations through Minecraft to “Blindfold” where players are put through a gruesome interrogation simulation in the place of a photojournalist through VR, Gaming for Freedom allows players to learn through simulated first-hand accounts.

After his son suffered a drastic change in character from joining the schooling system, Shozo Kamiya, the president and CEO of I’m Beside You, created the AI system. Hoping to make environments such as school and work more adaptable to individuals and their individual needs,

Kamiya produced a system that could compile an analytic report through detecting users’ emotions, interests, and engagement levels to facilitate better experiences for individuals through the communication of an individuals’ feelings. Used in both work and school settings, I’m Beside You monitors things such as users’ facial expressions, voice, and line of sight to monitor their mental health, engagement levels, and emotions.

Adapted during a time when collaborating online was our sole form of communication, I’m Beside You hopes to create better online environments to make working or attending classes a comfortable experience.

Until There’s a Cure

What was once a small fundraising effort by two California mothers during the beginning of the HIV epidemic has grown into a large-scale non-profit organization dedicated to HIV/AIDS prevention, education, and supporting those living with HIV/AIDS. Beginning with The Bracelet, designed and created by Isabella Geddes in Italy, began as the primary source for fundraising.

Though now, it has extended beyond this with the organization selling jewelry created by women in Africa who’ve been impacted by HIV/AIDs. Hearing how placing large orders from these women has helped them put food on the table is what keeps business development coordinator Melissa Medrano going. 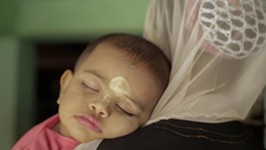