SXSW Film Review: In the Court of the Crimson King

An accessible, and funny look at one of the most precise bands in history 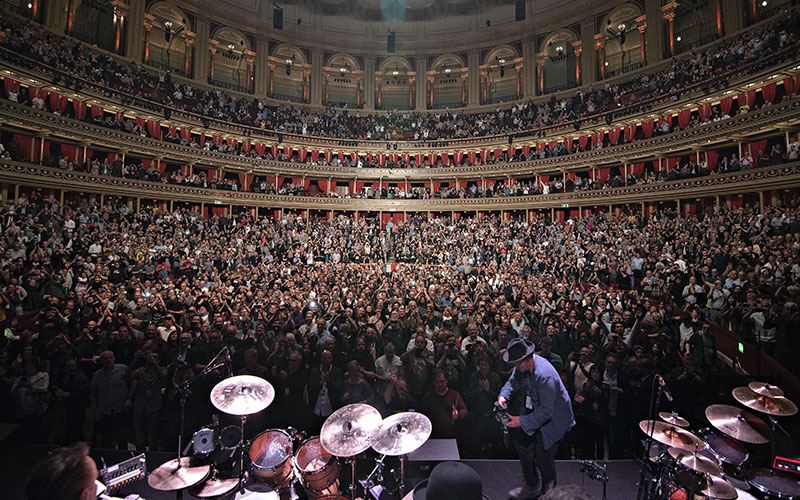 The legendary prog act’s current seven-to-eight piece incarnation had been kicking around since 2013, writing new music here and there and touring a whole lot. The Crimson faithful tend to know the band forwards and backwards, but the larger world sure doesn’t. Hence the utility of the long-rumored In the Court of the Crimson King: King Crimson at 50, a moving, accessible, and very funny look at one of the most precise bands in the history of rock music and their cantankerous leader.

Amies follows them on their 2018/2019 tour, yacking with nearly every member of the current band and scoring interviews with various former members. He avoids the “and then this record happened” format entirely.

Themes reveal themselves quickly. Fripp’s exacting nature is tempered by a bone-dry sense of humor, but what he mostly seems like is an exacting, unpleasant boss - all of which Fripp admits.

Then again, it doesn’t help that several members, mostly men about 15 or so years younger, clearly have a paternal relationship with Fripp; these are musicians at the highest level of their craft who want nothing but an “attaboy” from a withholding father. This movie could have been called In the Court of the Crimson Dad Issues.

To hear several current and former subjects of the Crimson crown tell it, being in the band is and was an exhausting experience. Some seem to have dealt with it well (Bassist/Chapman stick player Tony Levin; brilliant former drummer Bill Bruford), some not so well (Try Gunn compares his time in Crimson to illness twice).

The most moving storyline belongs to the late multi-instrumentalist/composer Bill Rieflin, who died in 2020 after years of dealing with cancer. A legendary drummer who played with everyone from Ministry to R.E.M., Rieflin worked with Crimson from 2013 up to very nearly the end of his life; the interplay between him and Amies (who deals with this aspect with appropriate taste and gravity) is lovely. (Fripp calls Rieflin “the only personal friend who’s ever joined King Crimson.)

Even if you have zero interest in “Crimson” or Crimson, see this lovely film to check out an unbelievable badass who never let the specter of death win (and an extremely cool nun). 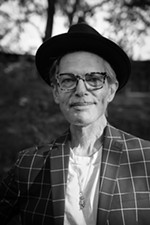