With an upcoming series and album underway, Lizzo is living her dream 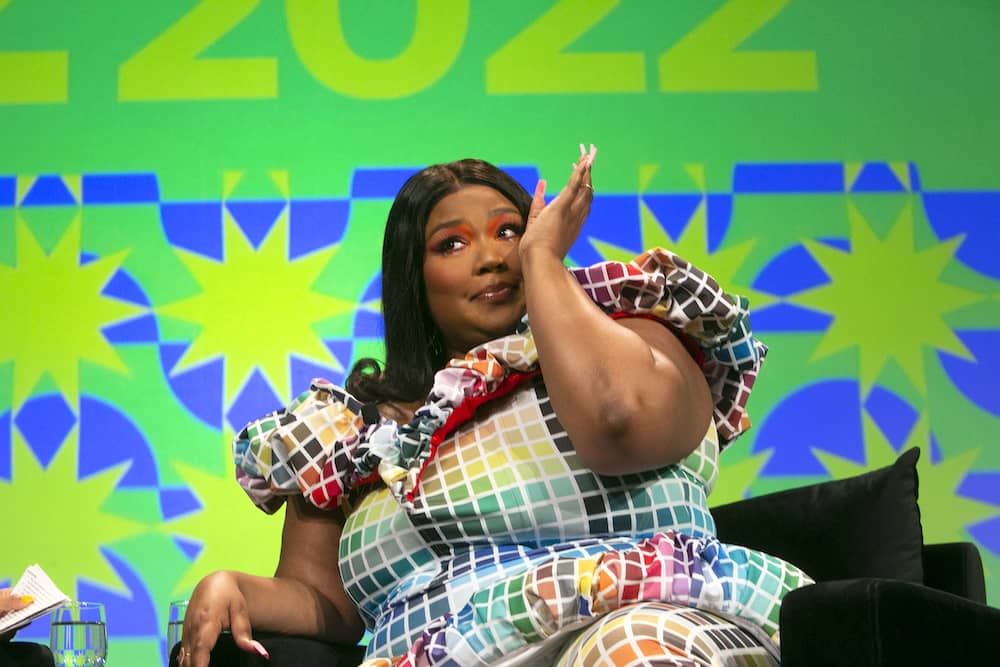 Lizzo wipes tears of joy at her SXSW talk. (Photo by Jana Birchum)

“I’ve been fighting back tears because this is a dream come true,” said Lizzo, three-time Grammy-winning megastar, beauty icon, and now executive producer of an unscripted Amazon Prime series, Watch Out for the Big Grrrls, which premieres March 25.

During her SXSW keynote, the once-in-a-generation musician said, “Baby, I’ve been a boss, and now I’m in a position to have that title.”

A vision in a matching rainbow-checkered dress, legging, and high-heel combo, Lizzo spoke with moderator Angela Yee about creating more compassionate reality television. Watch Out for the Big Grrrls will follow Lizzo as she goes through the casting process for more body-inclusive backup dancers to join her on tour, but the artist stressed that it’s not a typical competition show. She explained that combating compounding experiences of fatphobia, racism, and transphobia requires solidarity rather than rivalry, stressing that even in television, “[you] don’t have to be cruel when you can be kind.”

Lizzo’s focus on uplifting rather than policing translates to her stance on politics in her home state of Texas. The artist said, “I am changing things on a cultural level, because I'm a part of the culture. I'm a musician, I'm an actress. But there are people in charge who can change things on a systemic level, and they're letting us down.” In response to Greg Abbott’s recent order targeting the rights of trans children and their ability to live authentically, Lizzo emphatically stated, “I’m proud to rep Houston, but I’m not proud to rep Texas politics right now. … Trans rights are human rights.”

Lizzo also opened up about her experience cultivating true self-compassion and unconditionally positive self-regard. “A lot of times, I felt like I didn’t really have anyone. … Self-love didn’t come easy, it came from a sense of deep loneliness.” She explained, “Once I healed that, whatever that deep wound is - maybe I inherited that wound of not feeling worthy or lovable - I was able to see all of these people around me who’ve been giving me love my entire life.” To people looking up to her as a role-model, she affirmed, “If you’re by yourself, make the best of it. Fall in love with yourself, be inspired by yourself, pick yourself up.”

The performer also lovingly expressed how dance and movement contribute to the healing of mental and emotional struggles. “I recently did a TED talk on twerking because I thought it was very important,” Lizzo said, her effusive laugh bubbling over the packed auditorium. “I actually think through twerking I discovered a lot of my self-love. I know it sounds so shallow, but the certain angles of my ass while I’m twerking just really led me to appreciate my body so much.” The artist explained that starting with the physical became a point of entry to the emotional. “I look in the mirror, and I’m like, ‘This is who you’re gonna be for the rest of your life. You like it? No? Alright, let’s learn to like it.’ And once I learned to like it, all of these other things started coming out like my personality, my traumas, my pain.”

Balancing bold vulnerability with her trademark playfulness, Lizzo modeled unabashed confidence, radical positivity, and above all, joy for life. Her energy cast a spell over the crowd as she called on the audience to repeat a mantra, “I love you. I am beautiful. And I can do anything.” 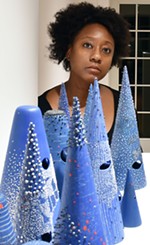 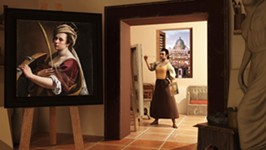 XR: Baroque VR in “The Light in the Shadow”
Artist Artemisia Gentileschi comes to life through tech