Michael Abels, best known for his scores for Jordan Peele's Get Out (above) and Us, will be one of the speakers at SXSW 2022

With 2022 just around the corner, SXSW has expanded its speaker lineup for its return to in-person programming with the announcement of keynote speaker Reggie Fils-Aimé.

Formerly a branding and marketing executive for Pizza Hut, Guinness, and VH1, Fils-Aimé is probably best known for his 13 year tenure as President and COO of Nintendo of America. Expect a lot of discussion about his newest project, UTA Acquisition Corp., the new digital endeavor backed by United Talent Agency, which just closed an initial public offering of $230 million.

"We’re thrilled about the speakers announced today, as they represent the creative innovation across their respective fields that SXSW is known for,” said Hugh Forrest, Chief Programming Officer. “There are few individuals who fit this description more than Reggie Fils-Aimé, whose dynamic and non-linear thinking has made him one of the world’s premier business leaders, and his recent investments within the convergence of gaming, media, and technology speaks directly to the SXSW community.”

As always, SXSW spans a huge spread of technology experts, from CEO and investors to online celebrities. At the latter end will be Ninja, aka pro-gamer and Twitch superstar Tyler Blevins, in conversation with his wife/manager Jessica Blevins. At the other, Hollywood veteran Jeffrey Katzenberg, who emerges from the wreckage of the $1.75 billion failure of episodic streaming platform Quibi to discuss his other screen-based project, WndrCo.

Over at the intersection of film and music will be Michael Abels, in conversation with PolitiFact founder Bill Adair. Best known for his scores for Jordan Peele's Get Out and Us, the composer will discuss his diverse influences, and the origins of his distinctive Gospel Horror sound.

And, of course, is it really SXSW without an appearance by the godfather of cyberpunk and festival stalwart, Bruce Sterling?

And keep up with all our SXSW news, reviews, announcements and interviews (plus our unbelievably extensive archive) at austinchronicle.com/sxsw. 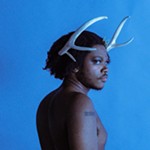