Love, independence, and heartache in the South of France 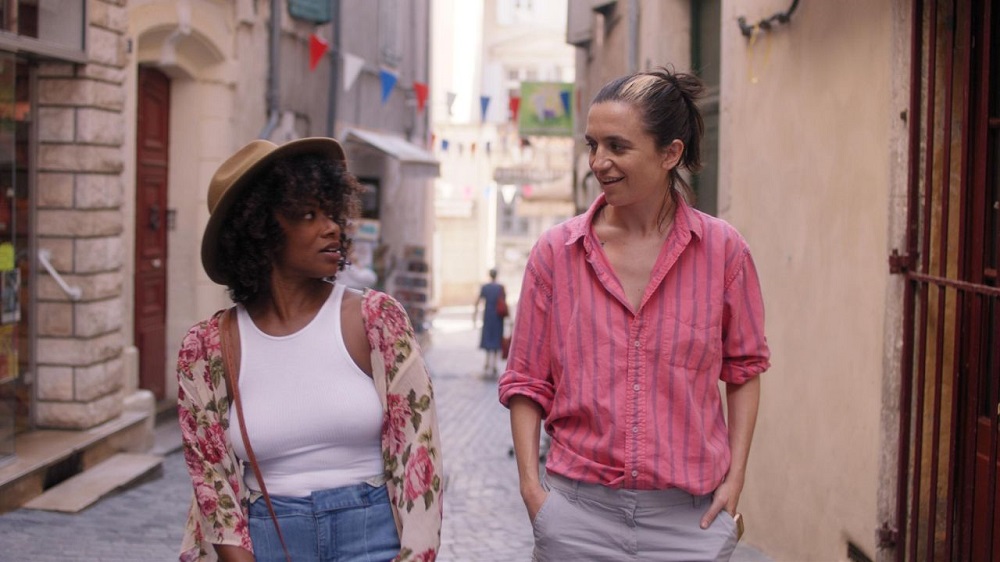 Bertie has moved to France to join jazz musician Fred's band, and in the opening scene the couple rehearse for their upcoming tour. Bertie belts vocals as sweet as birdsong before crumbling into frustration; Fred, consumed by his newfound celebrity status, agonizes over Bertie’s recent lack of interest in performing. Rather than situating polyamory as an idyllic balance of respect and healthy boundaries, Ma Belle, My Beauty depicts a man’s desire for his own success disguised as concern for his wife’s well-being.

As Lane and Bertie hash out romantic histories, they lounge by the pool, waltz through rustic markets, and attend lively, bustling parties where the characters seamlessly navigate conversation in French and English, even brief blathers in Spanish and Arabic. The sensitively shot landscape counteracts many of the small-budget blemishes, and the original music score (Mahmoud Chouki) impressively complements bouts of jealousy, risk, and lust with emotive and playful swells of sound.

This interplay of elements creates a palpable sense of place; Ma Belle, My Beauty treats its audiences to the rich textures of Southern France – the sun-drenched fields, the sweet sips of wine, the brushing of kisses on each cheek – that further nuance a complex plot. Within this layered landscape, Lane and Bertie find themselves trapped by their deeply held affections for one another which stifle their ability to grow as individuals. When Lane takes a new lover, Noa (Sivan Noam Shimon), Bertie suddenly rouses her will to sing again, perhaps to entice and impress Lane, while simultaneously rejecting her repeated advances. Yet when Bertie finally indulges her persistent former partner, Lane finds herself confined by imbalance of power in their relationship and cuts ties.

Thoughtfully written and produced, Ma Belle, My Beauty exemplifies the potential of small-budget filmmaking. Situated at the apex of lovers’ crossed paths, it ultimately depicts an untenable romantic union that allows two women to find their own voices.