Immigrant drama sings a song of finding your own voice 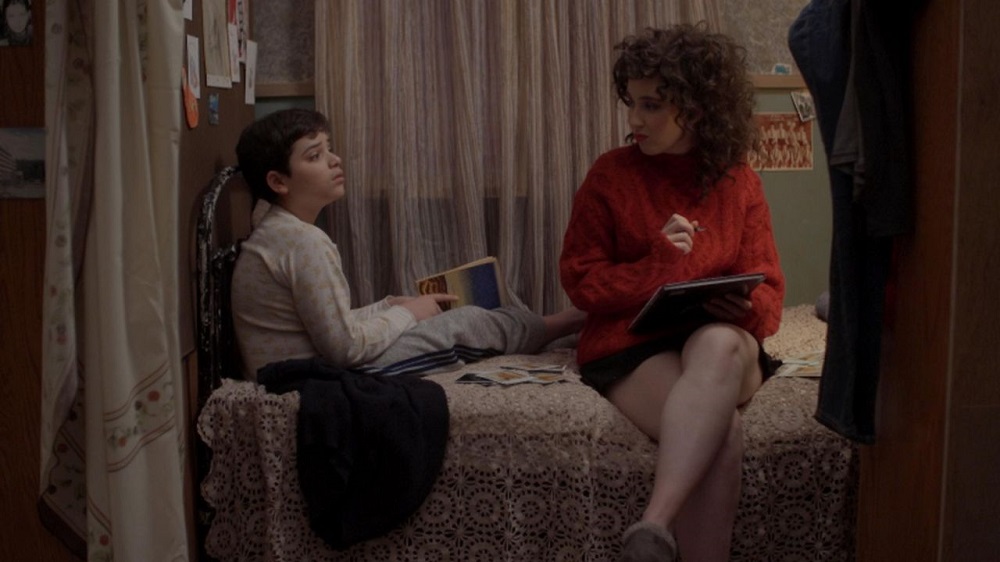 From the very start of Potato Dreams of America, an autobiographical film from writer/director Wes Hurley, the titular Potato understands how to frame a story.

While watching a black-and-white TV set with his grandma Tamara (Lea DeLaria), Potato forms his fingers into a rectangle to peer through – first at his father beating his mother and then, drifting, at the television screen. He reimagines his parents’ domestic violence as a celluloid dance, rough but staged, and all in clean maneuvers unlike the fight happening in reality.

Scenes of Potato as a youth (Hersh Powers/Tyler Bocock) in mid-Eighties’ USSR are painted with vibrant, broad brushstrokes. Each scene has a stage-play affect, as though at any moment you might see figures in all black run in to rearrange the sets. These are memories, and so thrum with emotion rather than strict realism. Another striking element are the accents of Potato and his mother, Lena (Sera Barbieri/Marya Sea Kaminski). While still in their home country, they speak with American tones – not unlike those movies they’ve been getting off a renegade TV signal – but, when they are able to move to America in the second half of the film, both characters’ voices are shaded in Russian. It is a trait that haunts Potato’s teenage, and later adult, life – bombarded demands that he perform his Russianness when he’d much rather toss it away.

The adults in America want Potato to be inside specific frames as well. From a teacher who rebukes his attempts at assimilation (memorably saying that she doesn’t think of America as a melting pot, rather it’s a tossed salad) to the Lena’s new American spouse, a restrictive overbearing religious type who initially tries to foist an extreme repression onto Potato before revealing, thanks to Lena and Potato’s accepting relationship, that this reaction was due to internalized transphobia.

In the four walls of a screen, the limits of four fingers held in a rectangle, not every piece can come through. For that reason, the dream in Potato Dreams of America remains more fantastical, dramatic, than rooted in reality. Such fantasy is part of what makes the film such a good watch, as well as an emotional one. Whatever is outside that frame can wait – for a short time, it is enough to live within the narrative we’re given.