SXSW Short and Sweet: “Sophie and the Baron”

Alexandria Jackson on her story of collaboration and friendship 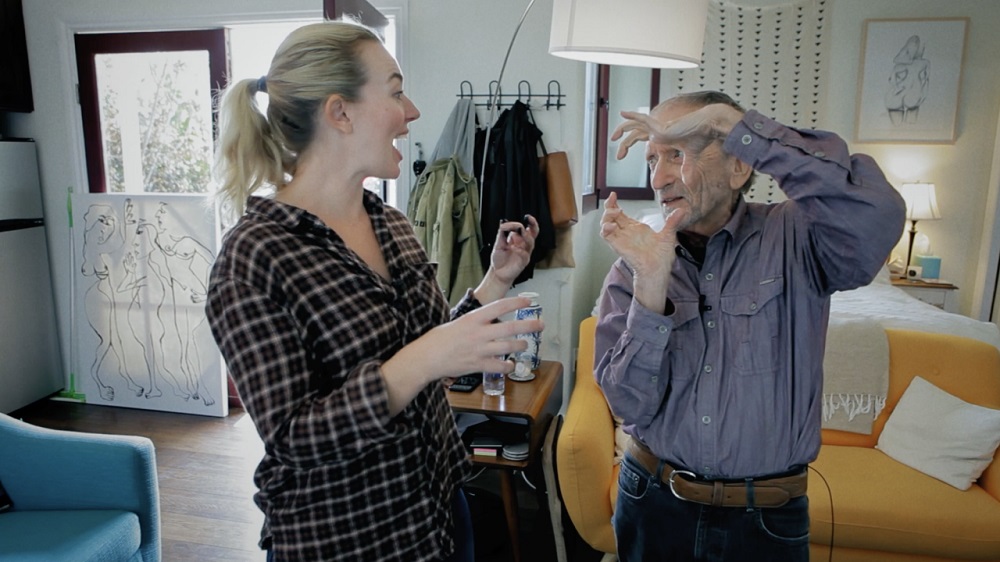 Austin Chronicle: How did your particular artistic interests lead you to the story of Baron and Sophie?

Alexandria Jackson: Some projects are long simmering thoughts that you work to develop and make happen. "Sophie and the Baron" came about the other way — it was something that was happening that I decided to try and capture. My whole family is in the music industry and my background is in photojournalism so I was naturally familiar with Baron’s work, and a huge fan. Sophie, my cousin, was always my hero - I just think she is brilliant. When Sophie introduced me to Baron I fell in love with his energy, wit and heart. I just had to be around them and naturally fell into documenting their collaboration and wonderful dynamic and friendship.

AC: There’s something interesting in the collaboration between Baron and Sophie in how cross-generational it is. Not only is there a large age gap between the two, but her recreations are a notably modern spin on historic photos. Was the idea of the everlasting nature and adaptability of art a focal point for the project?

Alexandria Jackson: Wonderful question. There is something universal about youth wanting to understand the past - wanting to connect with something that will soon cease to exist… some of the magic of 1968, of Woodstock, of the Summer of Love. Sophie wasn’t alive then, but it spoke to her. Her best connection to it comes in Baron’s wonderful, eloquent photographs… and the hilarious, kind and generous genius who made them. I think all of us have some of this - a curiosity about how things used to be, a world that doesn’t exist any more and art, as you mention, is adaptable, everlasting and a beautiful way to connect to the past.

“When Sophie introduced me to Baron I fell in love with his energy, wit and heart. I just had to be around them.”

AC: The piece that Sophie tackles in the short is the biggest one she had ever done at that point. How long did it actually take to bring the piece to completion and what was it like filming an artist immersed in such an impassioned project?

AJ: Baron lived in Santa Fe and we were in LA so the process was naturally slow. The piece itself took a few months for Sophie to complete but their collaboration and the span of this little doc was over three years! My cousin, Sophie, is wonderful to be around and watching her tackle such a complicated piece was truly awe inspiring- watching Sophie work is kind of like watching David Blane do his thing. When she does her initial blind contour she is effectively divorcing her visual sense from the act of drawing… much like a photojournalist shoots without much time for conscious composition. I think this unites them as artists and, in a way, me to them as I was also shooting very organically with no real plan at the outset.

AC: This is a vibrant and expressive documentary, even featuring touches of animation. Had you always planned to have these flourishes or did they develop later on in the process?

AJ:Thank you! That is so kind. I actually imagined bringing her characters to life as I was shooting.

AC: Ultimately at the center of the doc is a heartwarming friendship born from artistic collaboration. What do you want viewers to take away from Sophie and Baron’s relationship and what they accomplished with each other?

AJ: I was inspired by Sophie and Baron’s love for each other personally and for each other’s work from the moment I saw them together and witnessed their easy banter and friendship. They were simply fun to be around. I found it incredibly cool that Baron not only trusted Sophie but wanted her to breath new life into his work, to reimagine it. The importance of one artist validating another, saying I respect and admire what you are doing, is hugely impactful. Baron was so encouraging of Sophie's work, as well as mine as a filmmaker, which allowed for a lot of trust and comfort throughout the process.

Sophie and the Baron