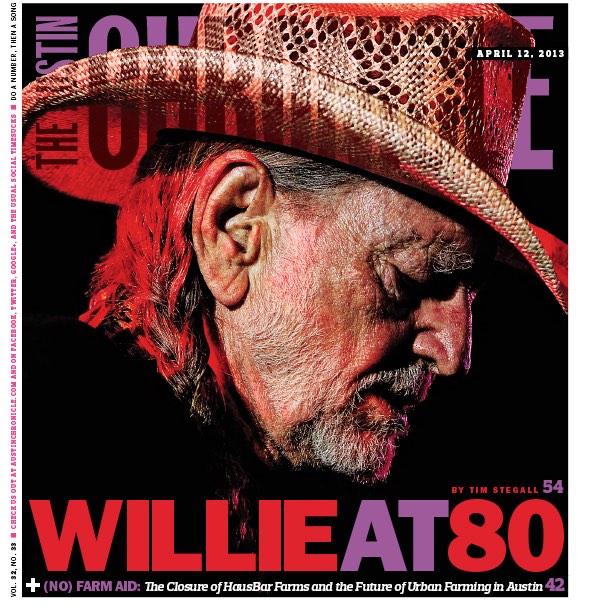 Who's a bestselling author, weed entrepreneur, martial arts black belt, and now a SXSW Online 2021 keynote speaker? Willie Nelson, that's who (oh, yeah, and he may have written a tune or two).

The Red Headed Stranger is usually pretty busy during South By, but with his annual "anti-festival" the Luck Reunion on hold for another year, Shotgun Willie is getting on the digital road again as one of the headliners for SXSW's 2021 digital conference – a rare appearance, and his first since his pop-up set Spotify House in 2016.

Of course the festival seems giddy for his words. “No individual has had the cultural impact on, or been more synonymous with the creative vibrancy of Austin than Willie Nelson, and we are incredibly honored to have him as a SXSW Online 2021 Keynote,” said Hugh Forrest, Chief Programming Officer.

But big as that news is, Nelson's far from the only name on the roster of speakers and panels added today, with dozens of guests and over 200 sessions, selected via the festival's PanelPicker platform. Rather than the traditional breakdown by media and medium, this time the conference content is more conceptual, with panels split across seven themes: A New Urgency, Challenging Tech's Path Forward, Cultural Resilience in the Arts, The Rebirth Of Business, Transforming the Entertainment Landscape, Connection in Disconnection and An Uncharted Future.

As with the regular festival, this online iteration mixes business (Virgin Group founder Sir Richard Branson, Square co-founded Jim McKelvey, and Riot Games Chief Diversity Officer Angela Roseboro) with technology (futurist Amy Webb and Nasa Jet Propulsion Lab director Dr. Michael Watkins), culture (filmmaker Barry Jenkins, Queen Latifah, Taraji P. Henson, Chiquis, and Samantha Bee) and even a few surprise fusions of all of the above, like the Chainsmokers discussing their new venture capital fund, Mantis. Heck, you'll even be able to get your traditional "I saw Matthew McConaughey at South By" brag in, as he sits down (virtually) for a conversation with Major League Soccer commissioner Don Garber.

SXSW Online runs March 16-21: see all the announcement at www.sxsw.com/conference, and we'll have all the future announcements, including the lineups for the Film and Music festivals, at austinchronicle.com/sxsw.

• Musician, author, actor, entrepreneur and activist Willie Nelson. Nelson has earned every conceivable award as a musician and continues to thrive as a relevant and progressive musical and cultural force. In recent years, he has delivered more than a dozen new albums, released a Top 10 New York Times’ bestsellers book, again headlined Farm Aid, an event he co-founded in 1985, been honored by the Library of Congress with their Gershwin Prize for Popular Song, received his 5th degree black belt in Gong Kwon Yu Sul, headlined the annual Luck Reunion food and music festival during SXSW, and launched his cannabis companies Willie’s Reserve and Willie’s Remedy. • Breaking the Sonic Color Line: A discussion about authenticity of voice in media, defeating racial stereotypes in voice acting, the impact of race in audio ads and how the industry can come together and make real change featuring DJ, actress and entrepreneur MC Lyte; Pandora Group Creative Director Roger Sho Gehrmann; and voice-over and television actress Joan Baker.

• The Chainsmokers on launching MANTIS VC: Grammy® Award-winning and Billboard Chart topping artist/producer duo, The Chainsmokers, are a dominating musical force with a diverse repertoire of songs that have led them to become one of world’s biggest recording artists. Alex Pall and Drew Taggart have expanded The Chainsmokers’ empire into film and television, tequila, philanthropy, and most recently their venture capital firm Mantis. Hear their story on how the duo have evolved their music career into so much more.

• A Conversation with Icons Queen Latifah and LL COOL J: From the mic to the big screen, award-winning rappers, actors and producers Queen Latifah and LL COOL J have been major forces in the entertainment industry for over three decades. Queen Latifah executive produces and stars as the first female Equalizer, Robyn McCall, in the reimagining of the series Equalizer, and LL COOL J stars as Special Agent Sam Hanna on NCIS: Los Angeles. Join them for a lively, in-depth conversation about their illustrious careers in music, television and movies (in front and behind the cameras), the cultural resonance and timeliness of their series, and much more.

• Driving Action & Advocacy Through Online Community: a conversation about online communities, their role in the digital ecosystem, and the value they bring to brands looking to build real connection, advocacy, and drive action, with Reddit COO Jen Wong and CNN media reporter Kerry Flynn.

• From Moonlight to The Underground Railroad: A Conversation with Barry Jenkins and composer Nicholas Britell: A conversation with Academy Award® winning filmmaker Barry Jenkins and with Academy Award® nominated and Emmy® Award winning composer Nicholas Britell (Succession), where they will discuss the joy, delicate nuances, challenges and unexpected discoveries from their work together. The pair will talk about their unique creative process in building a singular audiovisual identity with a specific focus on their upcoming Amazon Original limited series, The Underground Railroad, based on Colson Whitehead’s Pulitzer Prize winning novel of the same name. Jenkins and Britell first collaborated on Moonlight, which won the Academy Award® for Best Picture. During the making of Moonlight, the duo formed an inimitable rapport that brought them back together again for If Beale Street Could Talk. The Underground Railroad will stream in more than 240 countries and territories worldwide on Amazon Prime Video in 2021. 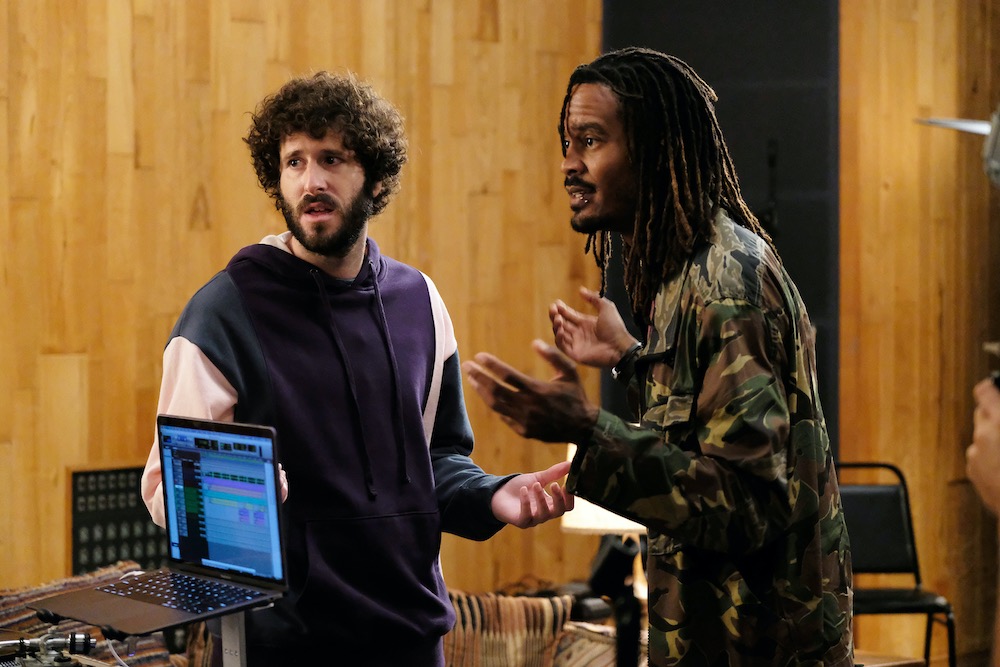 • Hi, I’m Dave: FXX’s DAVE is based on the life of Dave Burd (aka Lil Dicky), and centered on a neurotic man who’s convinced himself that he's destined to be one of the best rappers of all time. The critically-acclaimed first season explored ambition, mental illness and masculinity in the world of hip-hop. Join co-creator/executive producer/writer/star Dave Burd (aka Lil Dicky), co-creator/executive producer Jeff Schaffer, executive producer Saladin Patterson and series star GaTa for Dave’s first panel at SXSW. Season 1 is available on FX on Hulu; season two will premiere on FXX in 2021.

• How GenZ Duets the News on TikTok: Hear about tactics publishers are using to build relationships with young audiences on TikTok, and the content that moves audiences to action with The Washington Post video producer Dave Jorgenson, NowThis politics producer Ian McKenna, and content creator Jackie James.

• How to Scale a Mission-Driven Brand: Hear from Supergoop! CEO and Founder Holly Thaggard in conversation with early-stage investor, world-class tennis champion and entrepreneur Maria Sharapova about how to scale a company, innovate a category, and prioritizing doing good.

• Inside GENIUS: ARETHA, the Story of the Queen of Soul: A conversation about National Geographic’s GENIUS, an Emmy-winning anthology series that dramatizes the fascinating stories of the world’s most brilliant innovators, exploring their extraordinary achievements along with their volatile, passionate, and complex personal relationships. Season three will explore Aretha Franklin’s musical genius, incomparable career and the immeasurable impact and lasting influence she has had on music and culture around the world. Join executive producer and director Anthony Hemingway; multi award-winning producer and author Brian Grazer, multi award-winning actress and singer Cynthia Erivo; Broadway and television costume designer Jennifer Bryan; and Pulitzer Prize-winning playwright Suzan-Lori Parks to explore the craft and care that goes into honoring her legacy and bringing her story to life.

• The New Marketplace of Music Royalties: A discussion around maximizing and navigating royalty opportunities for musicians and how the music modernization act will transform the landscape for music royalties with founder and CEO of Sound Royalties Alex Heiche; CMO of The Mechanical Licensing Collective Ellen Truley; entertainment lawyer Robert A. Celetsin; and Grammy award-winning musician and actor Wyclef Jean.

• Postcards for Democracy: A Collective Art Demo: Artistic visionaries DEVO cofounder Mark Mothersbaugh and self-proclaimed “musical weirdo” Beatie Wolfe share a love of tangible artforms, in and amongst their futuristic explorations. In light of the threat to our 225 year old postal service, at a time that could jeopardize the democracy of the country, Mothersbaugh and Wolfe joined forces for this collective postcard art demonstration. The aim of this campaign is to encourage as many people as possible to support USPS (if we don’t use it we’ll lose it!), our right to vote, and democracy as a whole via the power of art.

• RIP Live Shows? Concerts in the Time of COVID: A conversation about the ways the live/touring industry are trying to stay afloat, what’s working, what isn’t, and what still needs to be done to save the music we love, featuring Drift general manager Adam Shore; Panache Booking and Panache Management founder Michelle Cable; and Paradigm Talent Agency Executive, Wilder Records founder and Home School co-founder Tom Windish.

• What is Taste?: A discussion about taste, what it is and how science, technology and culture informs it with Cofounder of So Vegan Ben Pook, three-Michelin-starred chef Dominique Crenn, CEO of Motif FoodWorks Jonathan McIntyre, Ph.D, and author and scientist of senses and emotion Rachel Herz, Ph.D.