Roger Waters has signed on as South by Southwest Music’s first keynote speaker of 2020. The singer, bassist, and activist served as the mastermind and lyricist behind two of the most popular albums of all time, Pink Floyd’s The Wall and Dark Side of the Moon. 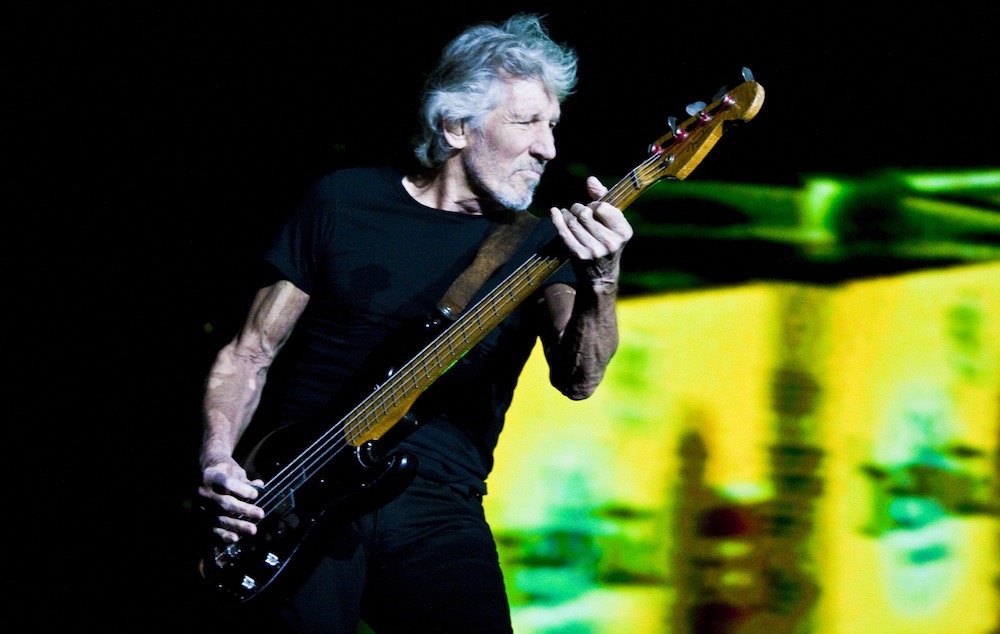 Last time the founding member of England’s most influential psych band rolled through town, he appeared at the Frank Erwin Center in 2012 amidst what became the highest grossing solo tour of all time. The Wall Live blew minds around the globe in over 219 dates.

In recent months, his concert film with a “message of human rights, liberty, and love,” Us + Them, has screened in local theaters. The 76-year-old Brit remains a well-known activist loudly critical of Israel’s occupation of Palestine and the current U.S. government’s building a border wall with Mexico.

Carr’s recent true crime works, distributed by HBO, include I Love You, Now Die: The Commonwealth V. Michelle Carter and At the Heart of Gold: Inside the USA Gymnastics Scandal.

Other newly announced SXSW appearances of note include fashion mogul Tommy Hilfiger; Us and Get Out composer Michael Ables in conversation with Bill Adair; Curtis “50 Cent” Jackson; artist and activist Madame Gandhi in a piece titled How to be Political in an Apolitical World; and comedian/podcaster Phoebe Robinson from 2 Dope Queens.


• Composer (Us, Get Out) Michael Abels in conversation with Politifact creator and professor Bill Adair (Making Film & Episodics)


• Big Brother Is Racist: Surveillance vs. Persons of Color (Government & Politics): a discussion about how surveillance and surveillance technologies, historically and currently, have been disproportionately deployed against persons of color, as well as the harmful impacts of such deployments, with Senior Advocacy and Policy Counsel at the ACLU Chad Marlow; Director of Georgetown Law’s Communications & Technology Law Clinic, and Associate Director of the Center on Privacy & Technology Laura Moy; Co-Director of MediaJustice Steven Renderos, and sociopolitical comedian, author and host W. Kamau Bell.

• Escaping Doom: Transforming Science into Experience (Design): a conversation about how scientific research can be integrated into an engaging, entertaining and educational storytelling experience, with Gensler principal David Kramer; University of Texas Assistant Dean, School of Design and Creative Technologies Doreen Lorenzo; Associate Professor in the Civil, Architectural and Environmental Engineering Department at the University of Texas Fernanda Leite; and general manager of Unreal Engine at Epic Games Marc Petit.

• The Future of Influence is #accountable (Advertising & Brand Experience): a conversation about the spread of misinformation on social platforms and the responsibility of influencers, featuring actress and activist Sophia Bush and Seed Health co-founder and co-CEO Ara Katz.

• How to be Political in an Apolitical World (Future of Music): A conversation about political activism in the music industry and the role artists can play in driving change, featuring Run the Jewels manager Amaechi Uzoigwe, #iVoted founder Emily White, Middle West Management and 46 for 46 founder Kyle Frenette, and artist and activist Madame Gandhi.

• Latino Film Institute: Pipeline, Platform & Launch (Film & TV Industry): A conversation about the ideas and programs that LFI have placed into action to address the lack of representation in Hollywood and focus on the next generation of content creators, featuring Director of Research and Civic Engagement for the Division of Social Sciences at UCLA Dr. Ana-Christina Ramón; actor producer and humanitarian Edward James Olmos; Founder & Co-Program Manager of LatinX in Animation Magdiela Hermida Duhamel; and writer and Latino Film Institute executive director Rafael Agustin.

• The Women Who Run the Shows (Film & TV Industry): A discussion about the experiences of female showrunners, their unique backstories and influences, including their early days in the industry to calling the shots, and their roles in comedy and on set, with multi-talented stand-up comedian, writer, and actress Phoebe Robinson; Awkwafina Is Nora From Queens showrunner Karey Dornetto; and Executive Producer and Showrunner of The Daily Show with Trevor Noah Jen Flanz.