Pet Sematary Premieres at SXSW, but Does the Big-Budget Revival Stand Up?

Will the latest Stephen King adaptation raise your spirits?

There may be more iconic Stephen King books than Pet Sematary, but few so thoroughly capture the imagination of non-King readers. As Hollywood struggles to adapt – or re-adapt – as many of King’s novels as they can, this story of raising the dead was always a natural fit for a big-budget revival. 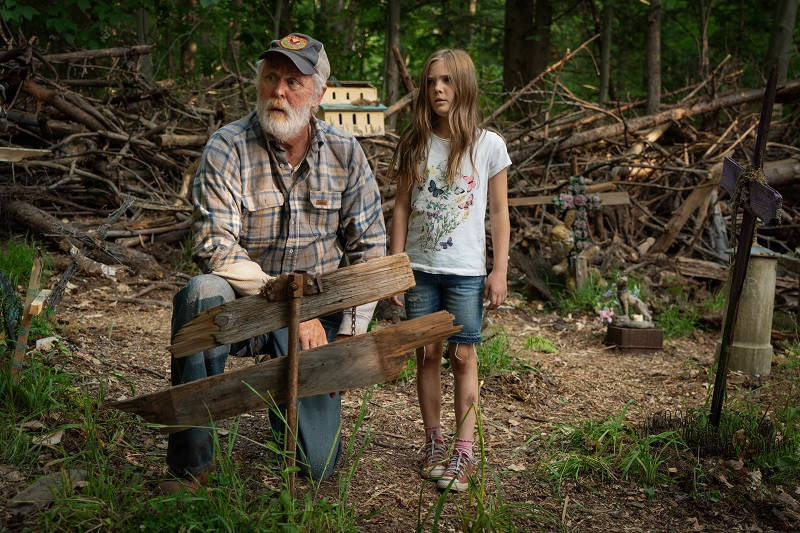 After years of struggling to balance homelife and work, Louis (Jason Clarke) and Rachel (Amy Seimetz) Creed move their nuclear family from Boston to a small town in Maine. Louis hopes that his new job as a college physician will mean shorter hours and less stress. That is, until a dying student issues a cryptic warning about the decades-old pet cemetery on his plot of land – land that becomes too alluring after tragedy strikes.

Possessing a filmography that is equal parts empathy and stone-faced violence, Clarke is the perfect actor to make the transition from doting father to grief-stricken Frankenstein. He’s not alone, either. Rachel’s traumatic childhood may still work best on paper, but Seimetz helps turn the series of flashbacks into one of the movie’s best sources of scares. And while John Lithgow is unsurprisingly excellent as Jud, the old neighbor, it’s the young actress Jeté Laurence as the Creeds’ daughter, Ellie, who nearly steals the show. Pet Sematary puts a lot on her shoulders, but Laurence creates a rapport – with Lithgow especially – that roots everything that follows in a place of genuine love and affection.

These performances are especially crucial to this version of King’s story. Co-directors Kevin Kolsch and Dennis Widmeyer’s roots as independent horror filmmakers (they previously made hellish Hollywood shocker Starry Eyes) shine throughout the movie (for a big-budget film, this one moves with gleeful sadism that would be the envy of any festival darling), but the filmmakers never quite manage to connect the threads between grief and resurrection. Allowing the pain to fester a bit more might’ve given the film the emotional push to match its impressive scares, but the cast is always present to pick up the slack.

It may seem damning with faint praise to call Pet Sematary “just a pretty good horror film,” but given how many years we’ve been devoid of quality King adaptations or wide-release genre films, fans should be pretty thrilled with what Kolsch and Widmeyer have accomplished.