Auckland, New Zealand’s the Beths established themselves as a buzz band this year at SXSW, beginning with a bold, punchy, guitar-pop takedown at Mohawk on Monday night. By Friday’s 9pm slot at Rolling Stone’s Native Hostel Showcase, their mood had shifted. 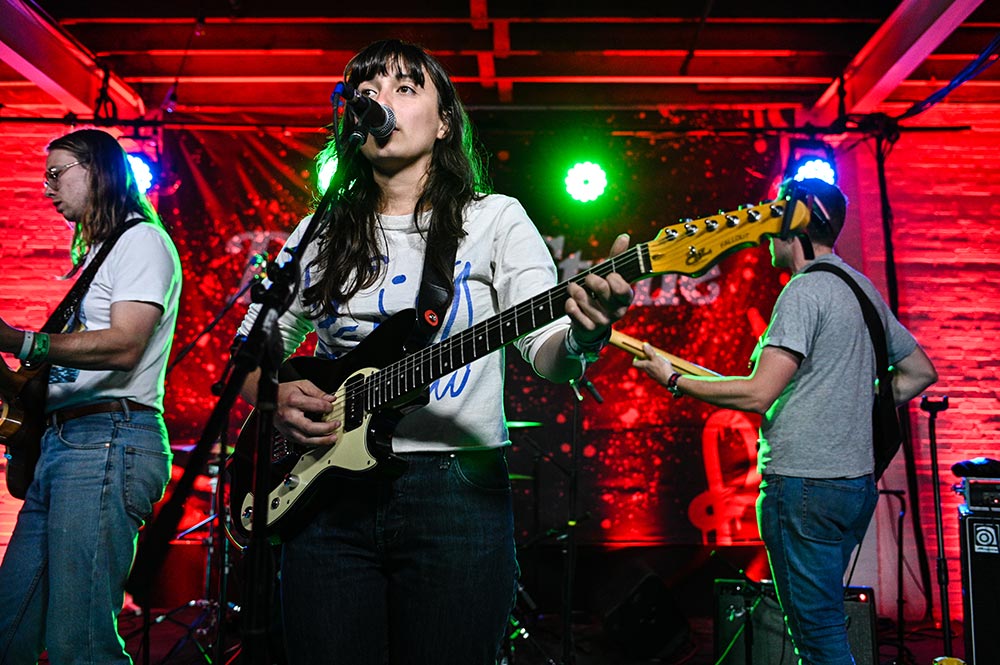 The music retained the strikingly tight performance of prior sets all week, but took on a mostly unspoken, raw somberness as the band grappled with news of the Christchurch mosque shooting – the deadliest attack in their home country’s history.

“It’s been a weird day,” admitted guitarist/vocalist Elizabeth Stokes, thanking everyone who had extended kindness to them throughout the day. “We’re sending lots of love to everyone back home.”

Otherwise, the fourpiece skipped the small talk and focused on the music, whirring through 40 minutes of dazzling, layered power-pop led by Stokes’ incisively clever lyrics and airy vocals.

Culling from critically lauded 2018 debut Future Me Hates Me, the Beths effectively cut through the din of an industry-heavy crowd plied with free cocktails. A subtly retro influence snuck into their Nineties college rock sound. Credit the honeyed group vocals of bassist/vocalist Benjamin Sinclair, guitarist/vocalist Jonathan Pearce, and drummer Ivan Luketina-Johnston, who worked through the hand-clapping “You Wouldn’t Like Me,” the feverish, hopeful crush song “Little Death,” and the anthemic “River Run: Lvl 1.”

It felt outrageous that a band should have to process the trauma of the day at a party, but the Beths persevered, poised and gutsy, closing out their SXSW remarkably brave.