On Friday, in a seat-strewn theater, an elevator pitch projected onto a screen stationed centerstage. The short video prepped patrons shifting in the half-full Hideout for Aurélie Ferrière’s high seas voyage aboard the Fleur de Passion, a sailboat out on a four-year cruise to sonically map our oceans. 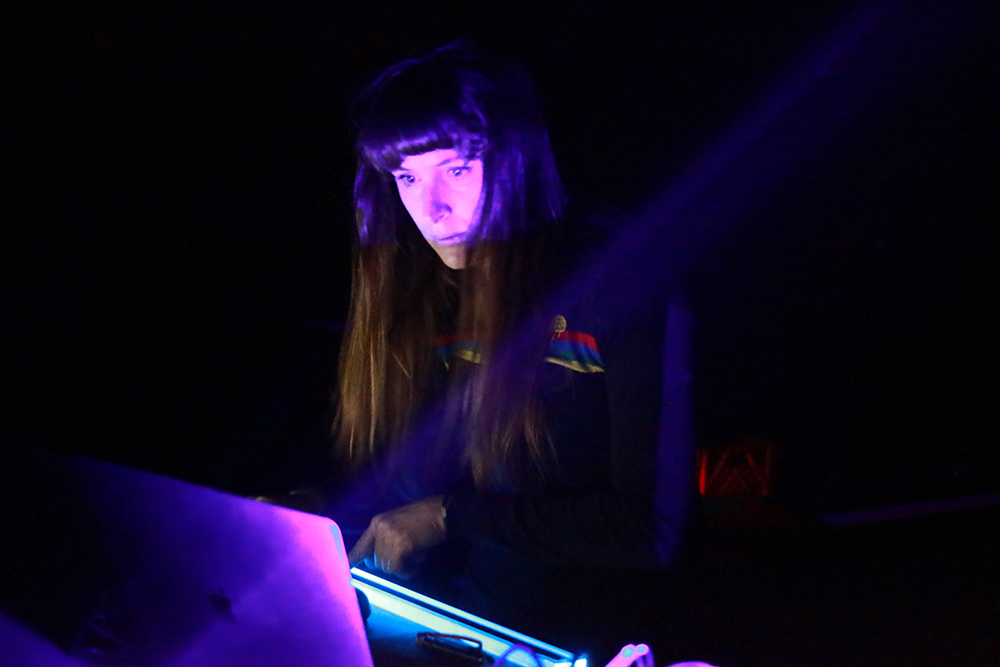 When the explainer ended, seafarer and Stockholm-based sound engineer Ferrière stood on deck, in front of dually glowing laptops and an Allen & Heath mixer. She then steered the over- and underwater sounds of chirping Pacific Ocean birds and creaking driftwood as the overlapping backdrop for an escalating, all-encompassing sound both abstract and reflective.

The centrally positioned screen, at this stage, became useless and stationary as the primal psychology of adventure usurped any practical function.

Theater otherwise darkened, a strange, shifting projection of some purple life-form swam on the ceiling and wavered along the high roof beams, streaming as a visual enhancement during the 40-minute sonic journey of discovery that at times seemed familiar, but more often than not felt surreal and new.

During the fantastic voyage, sine waves dove into the spiral of helical linearity as they swayed along a route once navigated by Ferdinand Magellan 500 years ago, the order now rearranged. Whales from unmapped oceans harmonized with modular synths as Ferrière netted the audience into a transformative travelogue that worked seamlessly as both a repository of natural sounds and a narrative passage through mental geography.