Three songs, three different instruments, no shoes. Leyla McCalla demonstrated her earthy musical prowess on Friday night, but ultimately impressed as a voice for the voiceless. 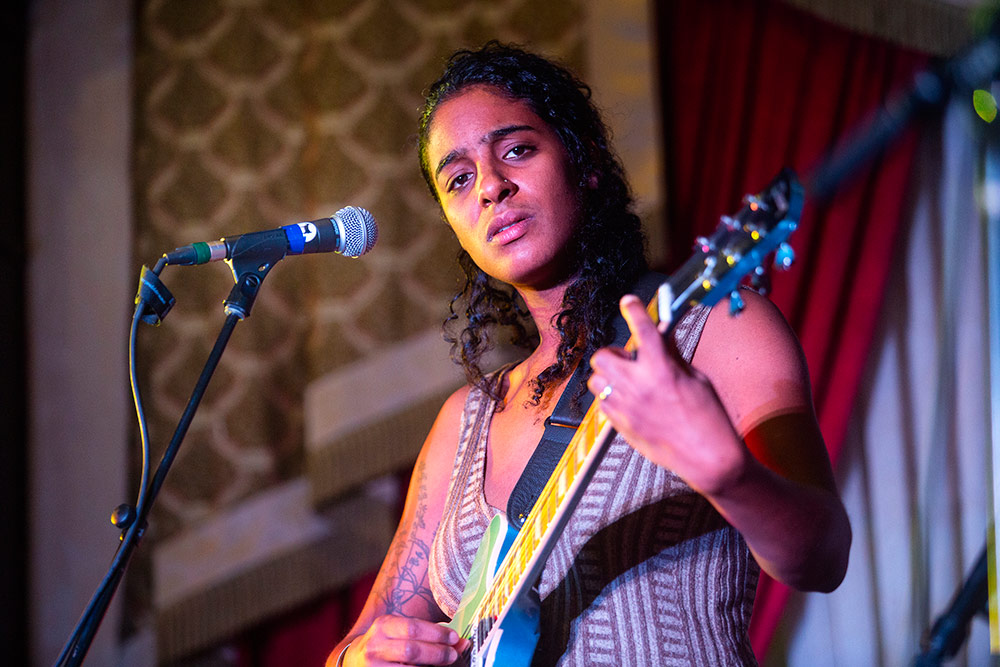 McCalla’s favored cello then emerged for a jaw-dropping folk dirge inspired by Langston Hughes’ poetry, in which she sings: “If I had a heart of gold/ As some folks I know/ I’d up and sell my heart of gold/ And move north with the dough.”

“I’d like to devote the rest of the show to The Capitalist Blues,” she told the audience – somewhat ironically gathered in the so-called “Victorian Room” of the well-heeled Driskill Hotel. “We’re going to go to the darkest place and then find our way out.”

That album, released in January, subtly focuses on systemic issues like war and inequity. Her backing trio came alive during the hard-hitting “Aleppo,” about violence as daily life in the Middle East. She then brought us to Flint, Michigan, with the emotionally commanding “Heavy as Lead.”

Cooling down, McCalla hearkened back to her ancestral home of Haiti with “Mize Pa Dous,” employing the beauty and strength of her voice to be a messenger for the common people, the un-elites, the “folk.”