Johnny Rotten snarled to Rolling Stone in 1978 that the Sex Pistols were “a great dance band that’s out to destroy rock & roll.” Clearly, the man about to revert to John Lydon didn’t know Bush Tetras stood on the horizon. 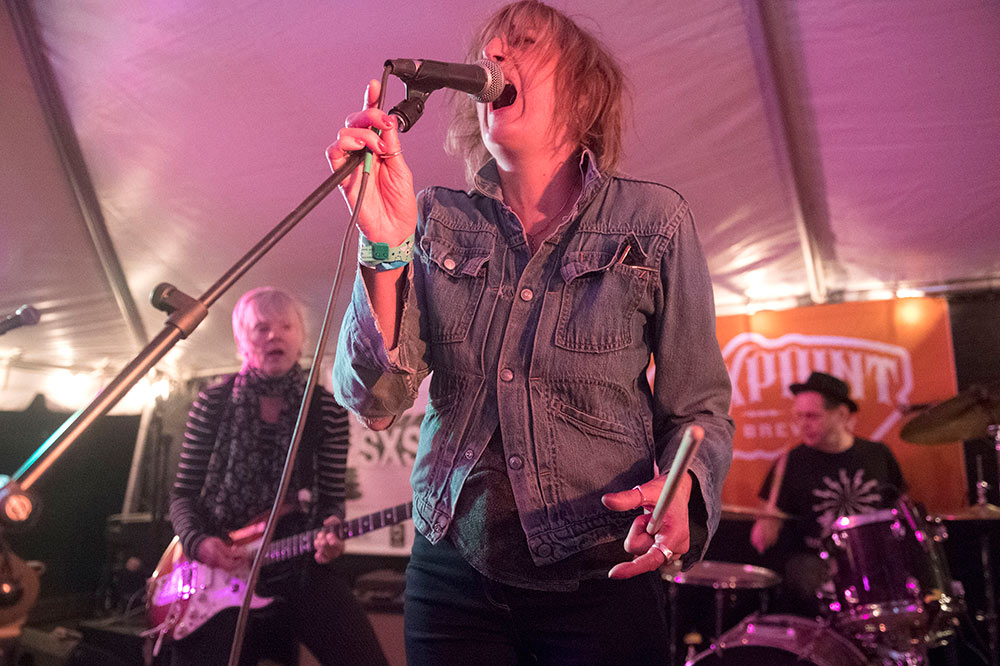 Vintage dance floor killers like “Too Many Creeps” and “Snakes Crawl” shared space alongside large chunks of last year’s crucial Take the Fall EP. Pop, who celebrated his 63rd birthday Thursday, detonated deadly go-go rhythms all night. Opielski filled huge amounts of space with her deep, four-string throb, ripped straight out of the heart of the rootsiest dub plates.

Sley channeled various goddesses and demons from a place deep in her soul, casting them upon the room. Place, meanwhile, proved the greatest anti-guitarist in the world. The anti-Keef!

“This one’s called ‘You Can’t Be Funky If You Haven’t Got A Soul,’” Sley grinned at set’s end. Bush Tetras are so funky that middle-aged white-boy rock critics (ahem) danced all night. That’s damned funky.