For years, SXSW meant a disparity of access. Without a badge or an RSVP robot, navigating lines proved a nightmare. Yet here we are in 2019, where on Friday night at Cheer Up Charlies, there was no line at 10:30pm and the cover came in at a “whopping” $5 should one not have an official credential or SXSW wristband. 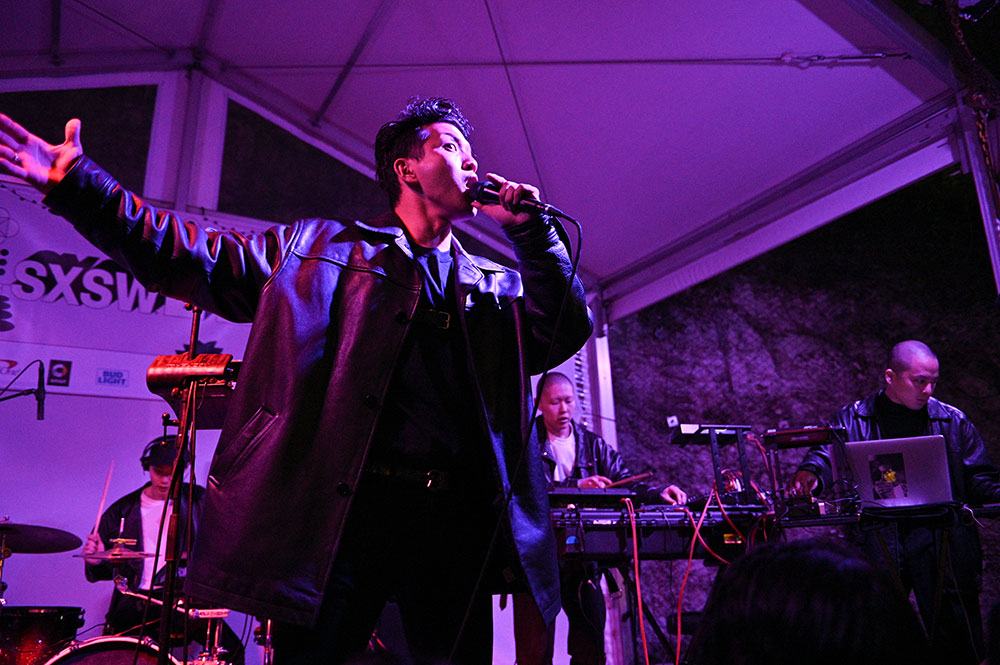 The Korean and Japanese artists were a far cry from most sugar-coated K-pop fare. The debut U.S. performance by Jvcki Wai (Hong Ye-eun) showcased one of the fiercest rappers all week. Sure, much of the crowd couldn’t understand the Korean half of the lyrics, but no one knows what Future’s saying either. Wai embodied a displaced, amped-up version of trap, especially on weed anthem “Munch Drunk Purpp.”

Transplanted to Tokyo from Korea, electronic producer Machìna (Kim Yeo Hee) performed next. By now, most of the back patio had filled in, and she held the crowd at rapt attention. Her voice sirened over hard-hitting techno produced live on an impressive modular synth rig. The ping-ponging percussion and syncopated arpeggios would make Ralf & Florian proud.

Like Wai, Colde (Kim Heesu) ruthlessly commanded the mic, trading verses with an unnamed hype man and evoking the chemistry of Run the Jewels. Superfans up front screamed like they were watching the Beatles.

One of the best showcases all week cost as much as a Lone Star beer.