L.A. comics offer a tasting menu of approaches to stand-up 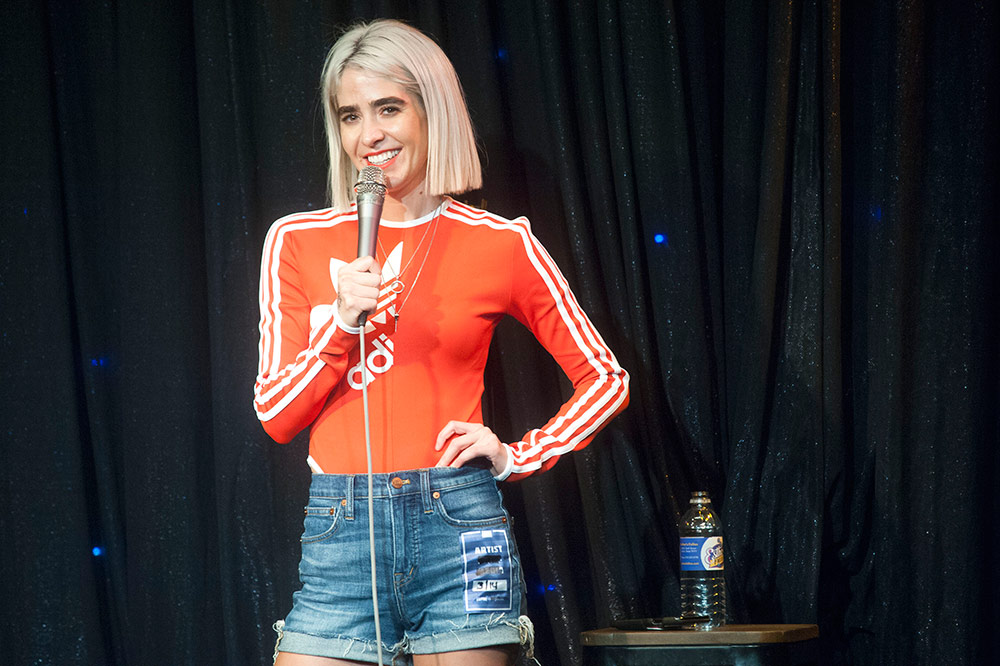 It’s a funny thing, stand-up at 6pm. You have an hour or so of light left. Afternoon musical performances are wrapping up as the night’s acts are loading in up and down Sixth Street. The all-day SXSWers are looking for their second wind, and the people with 9-to-5s (or finally receding hangovers) are just starting their day’s adventures.

So at a comedy show, you’re in a crowd that takes a little while to warm up but wants a good time and is rooting for the perfomers with an earnest steadiness. Loud Village Live, the seventh annual SXSW stand-up showcase by the L.A. entertainment collective, had such an audience on Thursday evening. The five-act show, hosted by Loud Village’s Jeremy Burke, was a refreshing, tight 90 minutes and felt a little like a tasting menu of approaches to stand-up. Burke opened with an obligatory mention of Instagram and Facebook being down on Wednesday and the hardship that posed for attendees who were supposed to be making spon con at the Festival, and then ushered our first performer of the night to the stage.

Ashley Barnhill didn’t waste any time diving into her short set’s tougher material; she bounced from one bleak current event to another (#MeToo, the wage gap, Bill Cosby), undercutting the ugliness of said subjects with laissez-faire one-liners. Some of it felt a little stinging for a crowd that had only just settled in, but favorites included, on the subject of male dates paying for dinner: “If I’m not going to paid as much as a man, I want some shit comped,” and, on identity: “White women … we’re the white men of women.”

After Barnhill came Chris Thayer, with a sharply written and shrewdly underplayed set that started with riffs on the city (“It’s so interesting how Austin is racist”) and SXSW (“I had no idea brands were my friends!”) and then moved to engrossing segments about his life, including how weirdly people react to the fact that he doesn’t drink. The crowd began to loosen up in time for the most ambitious set of the night: Anna Seregina’s. She started with her set up close to the microphone, with quick patter so in opposition to the rhythm of her predecessors that the audience seemed a little thrown, but a breakthrough came when she asked if she could do an impression of men doing stand-up, followed by an impression of herself doing stand-up. What followed included plenty of yelling, pacing, and an absolutely incredible, Buster Keaton-esque sequence of fumbling with the height adjustment of the microphone stand that seemed to win the crowd to her side for her final, surreally repetitive but also deeply funny bit about being eaten out.

Any sense of momentum was undercut, however, when Ian Edwards followed and, upon reaching the mic, expressed confusion over Seregrina’s approach to comedy and frustration about her perceived “shitting on men.” It was a weird moment, but, as it turned out, not one that seemed to lose him much of the crowd’s goodwill. Edwards’ was the most traditional stand-up set, with a familiar, satisfying set-up, punch line canter (Looking out at the crowd, he said how jealous he was of the people in couples: “The last girl I dated ghosted me. She died.”) There was a lot of relationship and the-difference-between-men-and-women material, with the most singular and delightful stuff saved for the end, when he ruminated on interventions (“People are burning good eulogy material right in your face”) and his profound love of sleeping (“I don’t fuck with people who wake me up”).

And from the most traditional, we went to the most starkly contemporary: Brandon Wardell, whose combination of blithe self-deprecation (on his level of hotness: “I couldn’t be a main guy on Riverdale, but I could be like a school shooter”), deadpan absurdism (a segment called “Guy Zone” where he wore sunglasses and talked about his only interest being in “beer, my truck, and drunk-driving my truck”) and embrace of the niche (an extended discussion of the fandom of and fall of Subway Jared) killed the now fully warmed-up crowd.

Just as you were fully enlivened, dry-mouthed from laughter and ready for another drink, Burke was coming out again to close out the show. You might have been keen to circle back to the bar, stick around for a second show, but then Esther’s is an exit-only venue. You’ll have to wait for next year.