Rico Nasty has blown up. Only last year did the Brooklyn rapper, born Maria Kelly, perform to a modest SXSW crowd unsure of what to make of the nü metal rap diva. Now, at the same venue of the Belmont on Thursday, she dominated the nearly packed crowd with drill-bit punk rock energy. 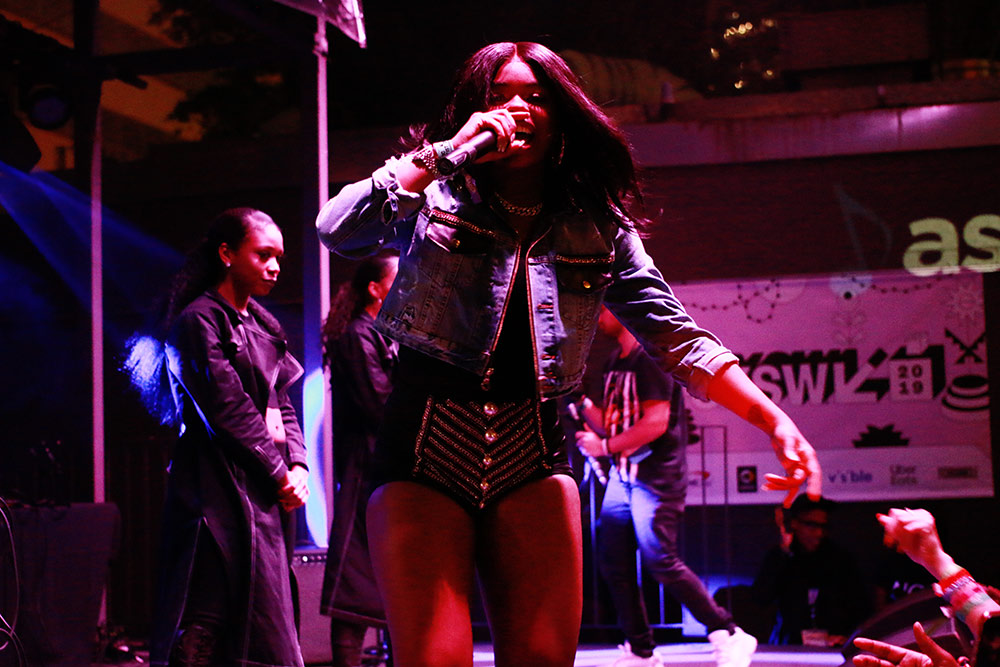 As songs like “Trust Issues” and “Smack a Bitch” landed, so broke out elbow-thrashed and blowback moshes where the unbridled emotion of black women became celebrated. Equal parts Joan Jett punk and Slipknot metal, the abrasive “Bitch I’m Nasty” and throat-heaved “Rage” culminated in a primal scream.

“I fucks with everyone on this stage,” said a humbled Tierra Whack, attesting to the all-female hip-hop lineup of Azia, Malibu Mitch, Killumanti, Amara La Negra, Rico Nasty, and Dreezy.

Not even a year into debut Whack World, her bite-size performance delivered a 15-minute microcosm in experimental jest. Set opener “Pretty Ugly” waxed whimsical braggadocio and shifted to bedroom pleas on “Flea Market,” which revved up to middle-finger-in-the-sky “Fuck Off.” Childlike naivety in “Pet Cemetery” gave way to the post-relationship self-empowerment of “Sore Loser.”

Closing the showcase, Dreezy (Seandrea Sledge) ran equally short, her appearance spanning six songs that mostly lined her former album No Hard Feelings (2016) rather than Big Dreez (2019). Opening with clique-cut banger “We Gon’ Ride,” her thrilling dust-up then leaned into the pop croons and dour love vignettes of “Wasted” and the radio-friendly “Body.”

Each artist rising to their own acclaim, Dreezy proved her mettle amongst Chicago’s great rappers, Rico Nasty spearheaded her feminist punk-rap cynosure, and Tierra Whack demonstrated how her mercurial album garnered Grammy nominations. Taken together, the three tracked the lineage of women in hip-hop even as they clawed at new avenues for self-expression and representation.