In the Hall of the Martian Things

You want to know what it’s like to experience this new virtual reality creation that started off as a collaboration between Hewlett-Packard and NVIDIA and swaths of artists and scientists and is now a ready-for-primetime presentation that’s 14 minutes long and at least as hi-res as the screen you’re reading this on. 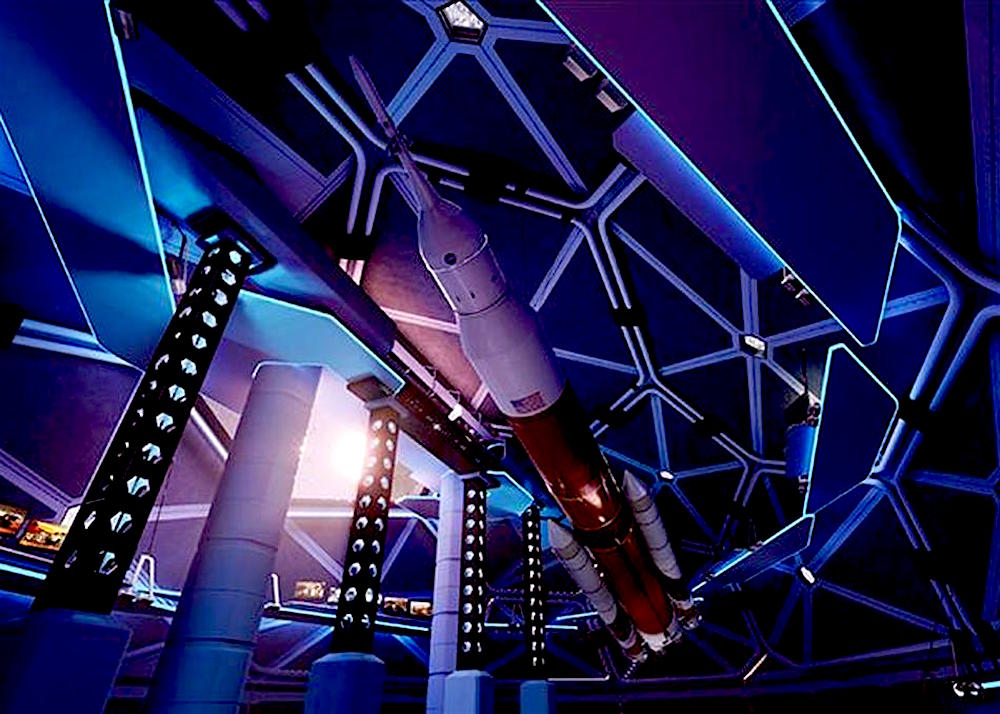 You want to know what it’s like, I say, instead of hearing some journo grousing about his problems with the presumption behind the project – because you’re unlikely to agree with that journo’s downer nihilist POV and, anyway, you really don’t care, you just want some goddam e-n-t-e-r-t-a-i-n-m-e-n-t, right?

So, yeah – this is the real deal here. This is as accessible and realistic as it gets right now, OK? You sit there in the bright red Positron Voyager motion chair in the JW Marriott’s Griffin Hall in Downtown Austin, Texas, and you don the requisite headset … and you're taken on a trip through the Martian Community Onboarding Center via motion, haptics, spatial sound, and VR with six degrees of freedom.

What more do you want – that the air should smell slightly different than what's been processed by the Marriott’s robust but Terra-based HVAC system?

It’s effective, OK, this hey-it’s-a-really-good-idea-to-emigrate-to-Mars propaganda tour; it’s surely spot-on as an example of the sort of thing potential Martians would be presented with in a bright utopian future. There’s nothing fantastic about it – when we recall that the adjective comes from fantasy – because this is purely science fiction made manifest. And all the cool-looking vehicles and transportation solutions, the Mars-specific machinery and housing complexes and desert-straddling infrastructure, it’s all got a definite gosh-wow appeal if you’re into that sort of engineering design porn: It’s been rigorously extrapolated from current tech and so is squarely in the realm of Tony Stark and nowhere near Stephen Strange, if you get my drift. And kudos for that, to everyone involved in the production: It all looks so … fucking … real.

Kudos, too, for the diversity of the few Martian citizens you encounter (on your convenient head-up display), those guides welcoming you to the Red Planet and providing background on the things you’re seeing during your floating tour of the welcome center/history museum and beyond. It’s reassuring to be reminded that, even though the feel of this promotional journey is McCarthy-era gung-ho, the Fifties are still over and it’s not just Straight White People In Space anymore. It’s fun to imagine some Trump voter taking this Mars Home Planet tour and bawling about how the libtards are ruining the future for everyone. (Someone should make them read John Varley or Octavia Butler, n'est-ce pas?)

So, yes, if you like science fiction in general, or you enjoy solid tech extrapolations vividly depicted in temporal context, then this VR experience is your haptically enhanced huckleberry and you shouldn’t miss it. For real, the Mars Home Planet tour might inspire you to help such a future occur. And, ah, never mind any journo who’d be curmudgeon enough to suggest that the malign cancer that is humanity should just die on its planet of origin instead of metastasizing to other worlds.