Are they gonna make it to the ship or, more likely, die?

Note: Set on the island planet of Kairos Linea, Eleven Eleven is a multilinear narrative that places users in the center of the action as its inhabitants count down the final 11 minutes and 11 seconds to an extinction-level event. 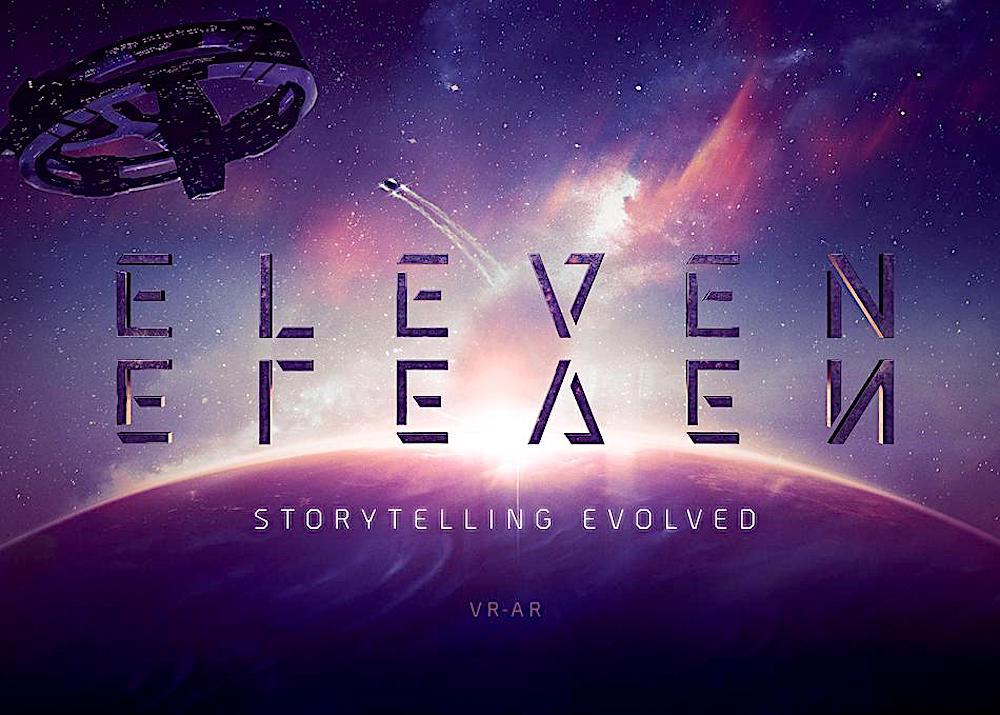 Addendum: The only guarantee for survival is aboard a rescue ship that will launch just before the clock hits zero, transporting a lucky few to the safety of a floating ark in the sky.

So this is a sci-fi adventure story from showrunner Mehrad Noori and his talented crew at NBC Universal, and you’re right there in the midst of it all, moving like a ghostly witness through the world as the plot progresses and the clock-of-doom counts down and the tension ratchets up. Six main characters involved in this thriller – and you get to choose which one you’re going to follow most closely. Hell, you get to constantly choose, if you wish, switching from character to character as whim takes you, leashing your perspective of the action to wherever’s most compelling.

Okay, that’s pretty cool in and of itself, if you cotton to a futuristic interplanetary high-drama YA sort of scenario and you’d like to get virtually up-close and personal with it. But there are other potentials to this whole VR tech deal, right? Sure there are, pilgrim. And Eleven Eleven exploits them well.

For instance: EXPLORE mode. Like, never mind the narrative machinations, just head out on your own and investigate the city in which all these fateful antics are playing out. It’s a fine hi-res environment, about as realistic as a decent Disney animation, and rich with details of architectural design and urban grime and use among the spaceport machinery. You could tell yourself, as they still do in Second Life, “It’s not a game, it’s a platform,” and just enjoy 11 minutes of wandering through a painstakingly crafted model of alternate reality before everything goes kaboom. (Note that the bits of alien graffiti randomly sprayed on the city walls actually mean something and that, according to the guy I talked to at SXSW, the script works as a cypher and eventually NBC Universal will release the key for it – just to add another sweet microlevel of depth. Thumbs-up to that shit, yo.)

For instance: GODDESS-EYE mode, or whatever they’re calling it. Where you can zoom back within your POV any time you want, through a couple different magnitudes, until it’s like you’re a giant observing the scene from on high – everything miniaturized below you and still playing out in real time – which allows you to see the city and surroundings as a sort of gritty and active dollhouse, to perceive the entirety of what’s going on within. Ah, how I wish this viewing function was available in meatspace …

So, again, yeah, you’ll want a personal affinity with typical sci-fi adventure stories to really enjoy the narrative here. But if you have that already, then here’s your dream come true. And if you just enjoy exploring a complex artwork at several levels, especially if one of those levels is inside that artwork, then Eleven Eleven is a win that way, too.

Bonus: The array of HUD controls for this thing? Precisely explained by a quick tutorial you can access anytime, and anyway it’s all intuitive as hell. Even if you’re not a regular gamer, you strap those goggles on and you’re pretty much good to go.