As the Violators and Skunks helped invent Austin punk in 1978, the Klitz did the same in Memphis. Led by singer/guitarist/keyboardist Lesa Aldridge – cousin to photographer William Eggleston, Alex Chilton’s former girlfriend, and direct inspiration for the bulk of Big Star’s downbeat Third LP – they deconstructed rock & roll roots with a bratty glee. 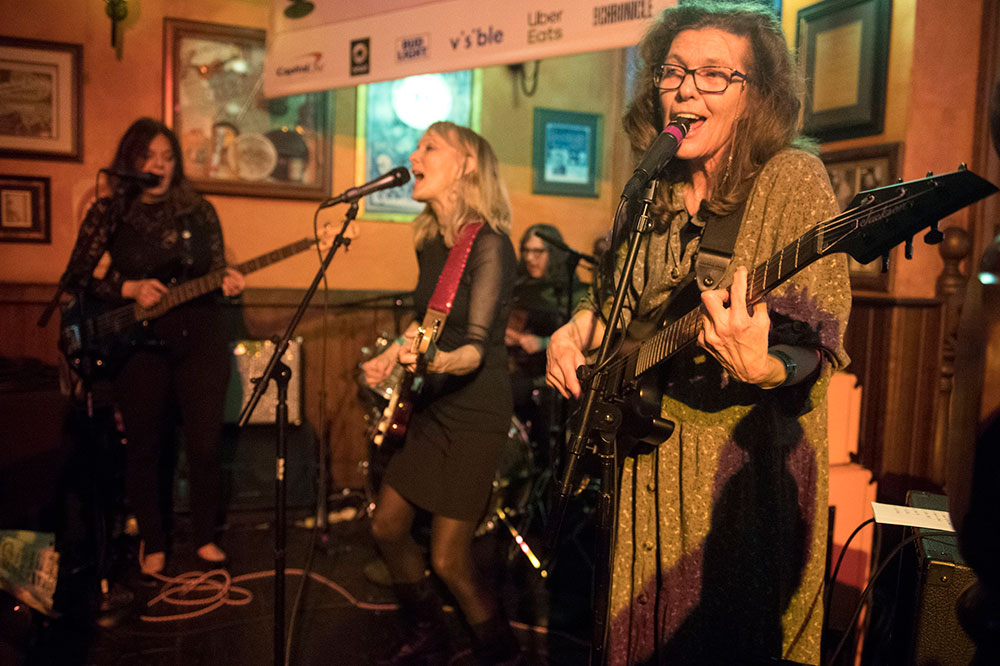 Mentored by Chilton and Jim Dickinson, their progress beyond amateur crudeness was discouraged. This wasn’t the power drive normally considered punk. This was the Velvet Underground side of punk, more the Shaggs than Sham 69.

Kids who likely preferred being at Hotel Vegas but heard the Klitz legend at their obscure, garage-punk coffee klatch poured in as Faulhaber belted out the Cramps’ “TV Set.” They didn’t stay. Their loss.

Alex Chilton and Iggy Pop tunes then got joyfully dissected. Clifton let loose a Wanda Jackson wail on the near-rockabilly “Hard Up.” “Two Chords” is a minimalist anthem.

Three-quarters of the way into the set, Aldredge jumped offstage to demonstrate an odd line dance. Let’s see John Lydon do that!