“Bulldozer, make room.” Those three words from Leikeli47’s “Tic Boom” served as a mandate. Get out of the way because this self-proclaimed “rockstar mixed with a ghetto chick” is about to blow. Clad in a sweatsuit, fur coat, and face mask, the Brooklyn rapper proved an absolute force of nature on “No Reload” and “Attitude.” 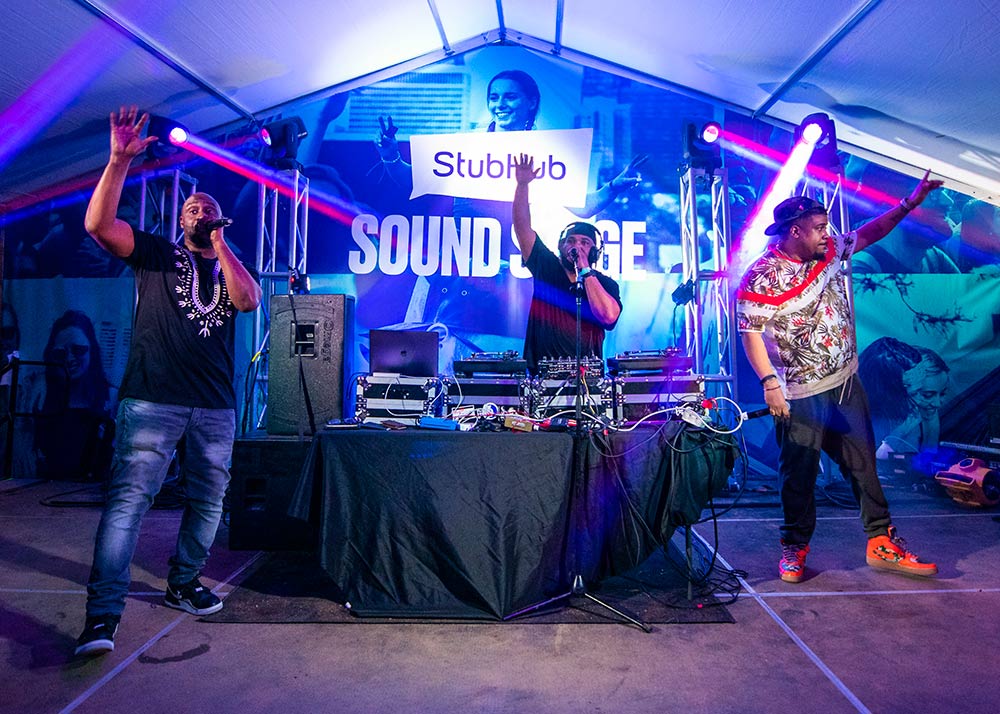 “This damn barrier,” she said making her away around the rails to join the crowd. “If only I could just blink and make it disappear.”

That became a theme for the night, as the barricade proved no match for Black Pumas frontman Eric Burton either. Dressed in all black and a yellow neck scarf, the yearning Austin soul singer leapt the barrier to bring “Fire” straight to the people. Helmed by Burton, a dynamic frontman just a couple years removed from street busking, and Austin guitar monster Adrian Quesada, the Pumas are riding a rapid rise having recently inked with ATO Records and prepping an LP debut of psychedelic soul with a sinister edge.

Thirty years after dropping their daisy age debut 3 Feet High and Rising, Native Tongue rap legends De La Soul hit the stage to the “Grind Date.” The trio, whose classic catalog has long been conspicuously absent from streaming services, is currently waging a battle with Tommy Boy Records over royalties, revenue sharing, and an alleged $2 million debt the label says the crew from L.I. owes over uncleared samples.

There was no question whose side the capacity crowd was on, bouncing in unison as De La laced the classics "Me Myself and I,” “A Roller Skating Jam Named Saturdays,” "Ego Trippin' (Part Two)," and "Oodles of O's.”

“It’s just sad when you put your life and heart into what you love, and someone just wants to hand you a bologna sandwich,” Posdonous explained. “We’re trying to claim and own something so that we can hand it down to our children and our families. I hope y’all are down for that fight. That’s what it’s really all about it.”