Another thrilling Jazz Re:Freshed showcase of young Londoners followed in the footsteps of two previous SXSW showcases on Wednesday at the old Emo’s, now the Main. And as happened in 2017, drummer Yussef Dayes was denied Stateside entry. Not anyone’s fault except the current U.S. administration, but still a disappointment. 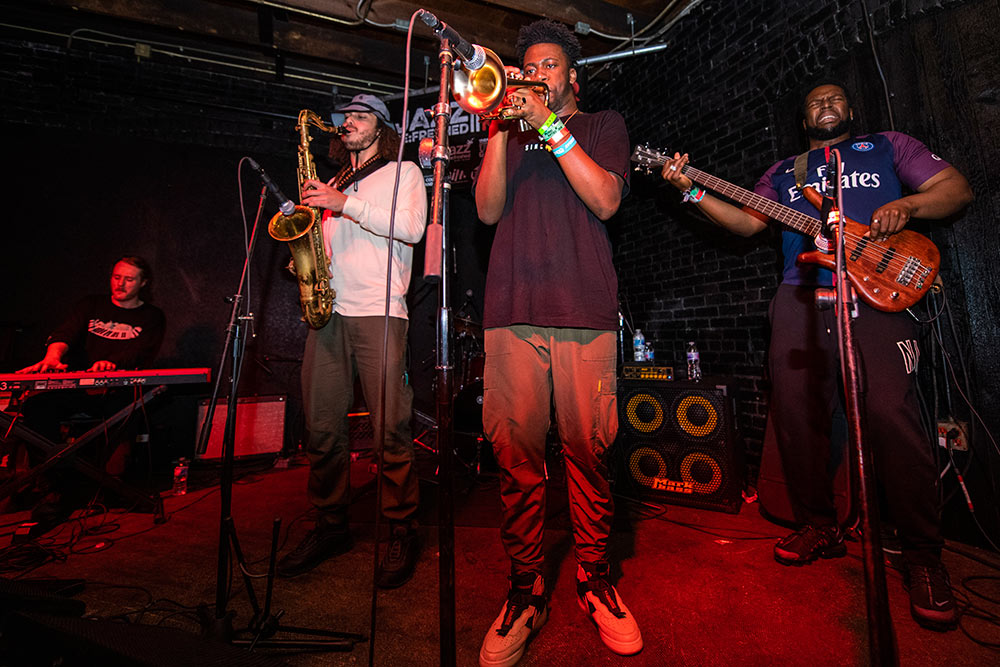 After DJ duo Violet Sound spun for an hour, Sarah Tandy hit the stage in support of her debut album Infection in the Sentence. Fronting a quintet that included Ezra Collective drummer Femi Koleoso and saxophonist James Mollison, the young pianist occasionally struggled with the electric piano tones of her Nord Electro 5, but that didn’t keep the audience from marveling at her speed-demon improvisations.

Garcia and Maurice-Grey stayed onstage for Nerija, a supergroup of JRF stars, including Rosie Turton (trombone), Seed Ensemble’s Cassie Kinoshi (sax), and Shirley Tetteh (guitar). The septet’s lively post-bop featured dashes of funky fusion. Afterward, Jerome subbed for the absent Dayes, his mildly funky jazz-pop sounding out of place. Maurice-Grey guested on one song, making it her fourth set in a row.

Jerome served as an appropriate palette cleanser for headliner Ezra Collective, who once again blew the doors off with relentless Afrobeat grooves and burning solos. Splitting their set evenly between songs from debut EP Juan Pablo the Philosopher and upcoming full-length You Can’t Steal My Joy, the quintet left the packed house exhausted and sated.