The ugliest, wildest zoning fight ever becomes a trip into madness 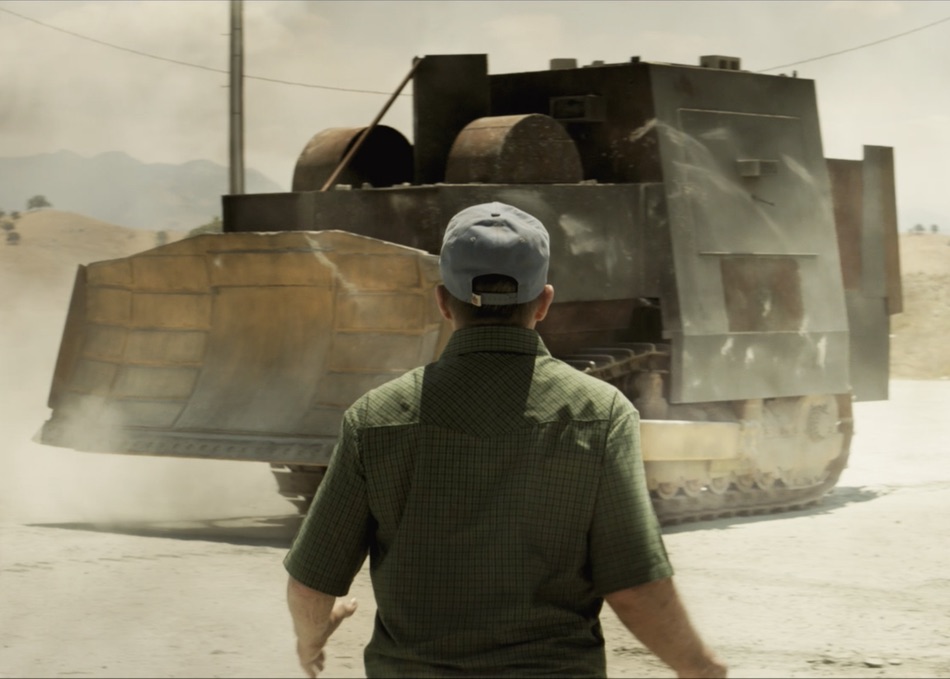 On June 4, 2004, Marv – a local mechanic and popular guy – went on an insane spree of destruction that no one saw coming, and which he saw as his revenge upon a broken world and a “good old boy” network that had destroyed his life. Paul Solet’s doom-laden documentary pulls at the threads of that narrative, and finds a dark figure hiding underneath.

Best known as a horror director (Grace, Tales of Halloween), Solet uses recreations, contemporary interviews, and archive footage to set the groundwork for how this good old boy did something so incredibly monstrous. Instead of heading straight into the crime, he builds the drama brick by brick, avoiding any sense that this is a quirky tale of rural antics. Instead, it’s the ultimate portrait of how a seemingly quiet neighbor can make such insane plans and no one be any the wiser. (As Tom Waits so astutely asked, “What’s he building in there?”) It’s the birth of a messianic, evangelical, domestic terrorist without ever explicitly saying those words. Heemeyer even has a fully fledged Unabomber-style manifesto. Solet may not have explicitly made a horror movie, but it’s truly terrifying nonetheless.

Ultimately, Marv’s intention was to rip the town apart. With a mournful compassion for everyone concerned, Solet delicately probes the fault lines ripped wide open that day by Marv and his bulldozer – whether those faults were there before, or his actions dug them.