Of all the great cultural battles in America today - over race, class, religion - the war between the generations, of boomers versus millennials, has inspired a thousand think piece editorials but not much cinema. So here comes the deliciously vicious Tone-Deaf to highlight that simmering conflict. 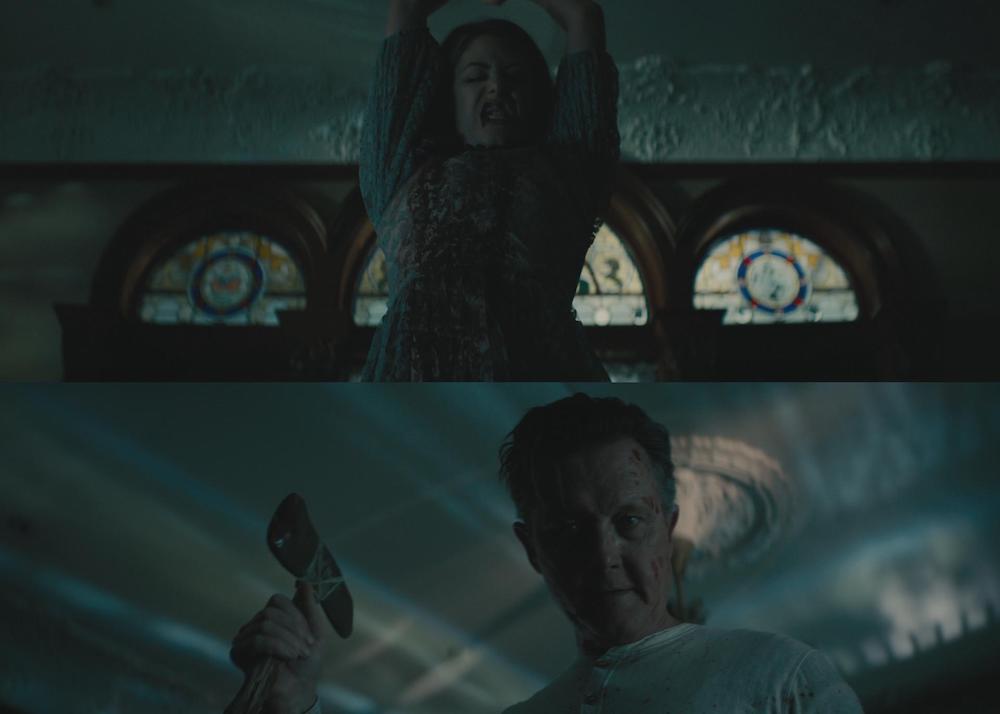 The twisted comedy, playing as part of the SXSW Midnighters, pits Amanda Crew (Molly Hall from Silicon Valley) and Robert Patrick (Scorpion, The X-Files and, of course Terminator 2: Judgment Day) against each other as Olive and Harvey. She's a millennial carrying a lot of stress and grief: he's a widower with a huge house that he leases out. Their paths cross when Olive decides to hightail it out of the city for a few days, and Harvey - who isn't sure what's going through the younger generation's mind, but sure as hell doesn't appreciate it - decides it's time to cross something terrible off his bucket list.

Austin Chronicle: So what attracted you to Harvey and Olive as characters?

Robert Patrick: There's a lot of things that I have in common with Harvey, in an interesting way, as far as age and where I'm at, and how much life I've lived. As I look back, what did I accomplish? And what I did, was it good? And how the things that I value, are they things that should be valued, and why does this new generation of people disrespect these values and the things that I hold dear, and why are they being like that? So I could draw a lot, and I understand that relationships are the most complicated thing about being a human.

I think Ricky (director Richard Bates Jr.) is very creative, wrote a great script. He's got the chutzpah to tackle such a subject, and you can only say some of the things we do because it's a comedy/horror. And it's very relevant, so I was intrigued.

Amanda Crew: To tag on to what Robert said, I identified a lot with some of the themes that were explored. But I think the main thing that attracted me to it was that it was so different and weird, and was going to take risks. I felt that, as an actor, we don't get that opportunity that often, and so to get to do something that was different and unique, and I tracked down (Bates') other films, and I just loved his voice and his vision, and so to be a part of that, to be part of something different and taking a risk that was out of my comfort zone, that was exciting. Because you don't get that opportunity much in Hollywood.

RP: Especially because Amanda has a job, and I had a job at the time that I'd been doing for four years straight, so I think we were looking for something in our hiatuses away from our day job. You want to do something riskier and bolder, that re-ignites your passion for your craft.

AC: And Harvey's so different from what people will see as the traditional Robert Patrick role of someone who is cool, calm, collected. He's scatty and erratic, with hints of senility.

RP: It was appealing, just to let myself go, and really get into that character, and live in that world, and have all that anxiety and doubt, and not be confident. It was really so much fun, and terrifying as well.

AC: And the film is basically a two-hander, but you're very rarely in the same scene until very late in the film.

Amanda C: It was an interesting shooting experience, because me and Robert were separated for most of the shoot, doing our own things, and not really knowing what the other was doing in their world and storyline. We didn't film the stuff where we collide until the end of the shoot, and so I think it shows, because the film takes on a a new energy, and the characters take on new energy and life.